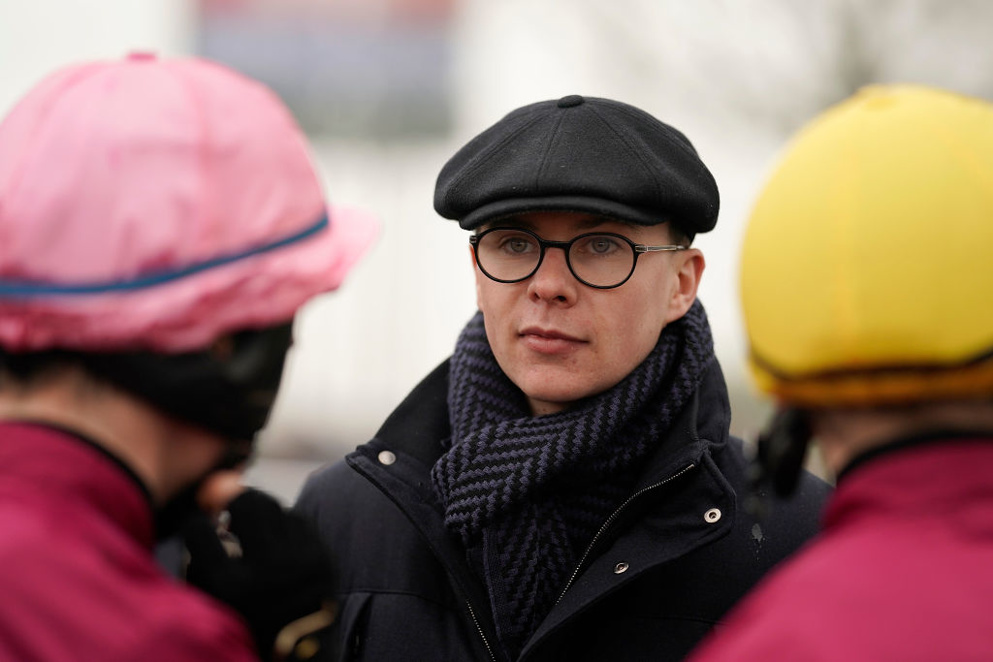 The field for the 2022 renewal of the Guinness Kerry National looks a strong one and there is a case to be made for multiple entrants in the field. The big prize dished out every September at Listowel is worth over 100,000 euros to the winner and so the big guns are taking aim. Billy Grimshaw has previewed the staying chase here for us and has an each-way selection at a big looking price...

El Barra currently just shades favouritism for the 2022 Kerry National from Galway Plate winner Hewick. Both are in and around the 13/2 mark and starting with El Barra, Willie Mullins will be looking to go one better than the second and third placed finishes he secured in last season's race with Brahma Bull and Annamix in the Ricci silks. El Barra of course runs in the same colours as the defeated duo from 2021 and looks to hold major claims for a race such as this one on the back of his third placed effort in the Galway Plate. He was hampered five out in this race which knocked him off his rhythm and in truth he never seemed to fully recover, but if given a clearer passage around the longer trip should suit. The horse that won that day was of course his main market rival in the Kerry National Hewick, who put it all together magnificently on that day at Galway. Still only a seven year old there is sure to be more improvement to come from Shark Hanlon's representative but tasked with carrying top weight here will be no mean feat and he can be bypassed for others for punting purposes. Rock Road is still a reserve at the time of writing but the odds changes recently indicate he will get in for Willie Mullins and he could well go off favourite looking at his profile. He may be a ten year old but he put in a career best last time out winning a Killarney handicap and the market support behind him that day and seemingly for this race indicates the yard think they have one who could make a mockery of his mark in the Kerry National. Don't be surprised if this one goes off sub 5/1 on Wednesday.

Busselton is next in the market behind the front two and was just half a length behind El Barra back at the Punchestown Festival in a Novices Handicap Chase over two miles six. He gets a big swing in the weights with El Barra in this contest and could have been primed for this by trainer Joseph O'Brien after a successful summer flat campaign, so is one I hugely respect and a runner I could put no-one off. Fire Attack was actually my fancy for the Galway Plate won by Hewick and he looked to be running a mighty front-running race for Joseph O'Brien before tipping up when leading at the fifth last. His inexperience may have caught up with him that day but he looked to be carrying a featherweight around Galway and will be doing the same here so is another of the Joseph battalion I hugely respect, especially if the fall has made him a bit more cautious at his obstacles.

Cape Gentleman was once incredibly highly thought of and rumoured to be the next The Shunter for Emmet Mullins, but it is fair to say he has never quite hit the same heights. He has won some good pots but disappointed in the Galway Plate of this year behind Hewick when looking to be travelling well before completely emptying when it came time to make a winning move, eventually finishing a tired ninth. He has been running in weaker events over the summer with some success but this step up again in trip could prove problematic and at his skinny looking odds he is one to avoid. Ronald Pump was a very high class hurdler and if bringing his A game could trouble the main protagonists here, although he hasn't managed a win since 2019 and that would be concerning.

Joseph O'Brien has a stacked team of six in the race including the aforementioned duo as well as Embittered, Early Doors and A Wave of The Sea, all of whom aren't without a chance, but I can't get away from his ultra consistent DARASSO for my pick to win this year's Kerry National. He was just beaten by Hewick in the Galway Plate and I actually think he was unlucky on the day, for all the winner was impressive. In this contest he will get a weight swing for just a half length defeat and the extra distance will be no problem for this tough multi purpose horse that has done JP so many favours over the years. He still looked to be as good as ever in his last outing and with a bit of a break behind him he can build on his excellent record fresh to secure this title.