Kim Muir Challenge Cup Tips: An each way play against the favourite 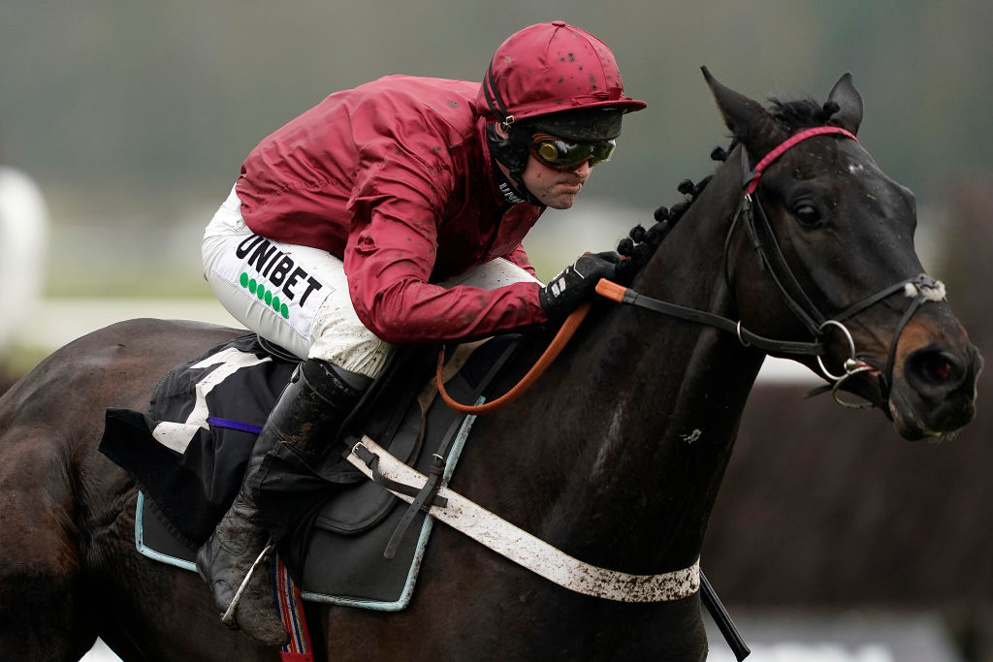 Concluding the card for Day Three of the Cheltenham Festival is the Kim Muir Challenge Cup, a chase for stayers over 3m2f. There are predictably a host of well handicapped horses and fancied runners in here but Billy Grimshaw thinks he's found one with huge place claims and a nice chance of victory...

For much of the build up to the Cheltenham Festival, as much attention (if not more) is paid to trainers' handicap chances as it is to the claims of their bonafide Grade One animals. A runner with a price which has been slashed is Frontal Assault for Gordon Elliott in this race, with double figure quotes now a distant memory. His claims are obvious and with leading claimer Rob James booked he is rated by many as the Cullentra handler's best handicap chance of the week. The price is simply too short in a race of this calibre and so preference is to look further down the list.

School Boy Hours was last seen winning the Paddy Power Chase at Leopardstown over Christmas, defeating Ben Dundee by half a length. That form was not exactly franked by the runner-up in the Ultima on Day One but the Leopardstown performance was impressive from School Boy Hours and of course owner JP McManus loves a handicap victory at the Festival. Ain't That a Shame has been running against top class rivals all season, including Galopin Des Champs and Stattler. He impressed at Navan on his latest run when running keenly throughout over three miles. He looked the winner turning for home but his inexperience counted against him as he was nabbed close to the line after idling. If that experience has made him wiser he has leading claims for this contest as stamina is not a worry.

Smoking Gun has the incomparable amateur Jamie Codd aboard and is weighted to run well for Gordon Elliott. He has been somewhat disappointing this season running in strong races but his connections think this race will suit him perfectly and he is still available at double figure odds at the time of writing. Mister Coffey is undoubtedly talented but quirky would be an understatement for this Henderson charge. His chasing debut was devilishly impressive but since then he has gone off the boil again. Nicky seems to think this will be a good race for him with a big field keeping his mind on the job and a horse as talented as he cannot be dismissed.

Mister Coffey is undoubtedly talented but quirky would be an understatement for this Henderson charge. His chasing debut was devilishly impressive but since then he has gone off the boil again. Nicky seems to think this will be a good race for him with a big field keeping his mind on the job and a horse as talented as he cannot be dismissed. Elegant Escape seemed to be a horse going places for the Tizzard team back in his early days, earning many fans with his seemingly endless stamina and strong finishing efforts. Any jumping ability he had seems to have deserted him in recent times, however, and it is hard to see him figuring in the shake up for places here.

Emmet Mullins won a handicap chase at the Festival last season with the popular The Shunter and he has Rightplacerightime entered up and priced intriguingly here. He has incredibly been favourite for his last seven races yet has only won once. His shrewd handler must have seriously fancied him off lowly marks throughout this campaign but things have not gone as smoothly as anticipated. If he has sorted some of his jumping issues then he could run well here and at 25/1 will attract the eye of some longshot hunters, especially if he is strong in the market on the day.

The one I really like the look of for this contest is MISTER FOGPATCHES. He has been consistency itself this season and his stamina is undoubted after a good third in the Scottish National last campaign. He finished 15 length second behind the ridiculously impressive Commodore back at Prestbury Park in a Grade Three in December, was third behind National Hunt Chase second Run Wild Fred on his start before that and has been placed or won in all of his eight starts in the last twelve months, exemplifying his consistent nature. Hopefully the ground will remain on the good side and the booking of Patrick Mullins is surely a positive sign for a bold showing from this well weighted Pat Fahy chaser.