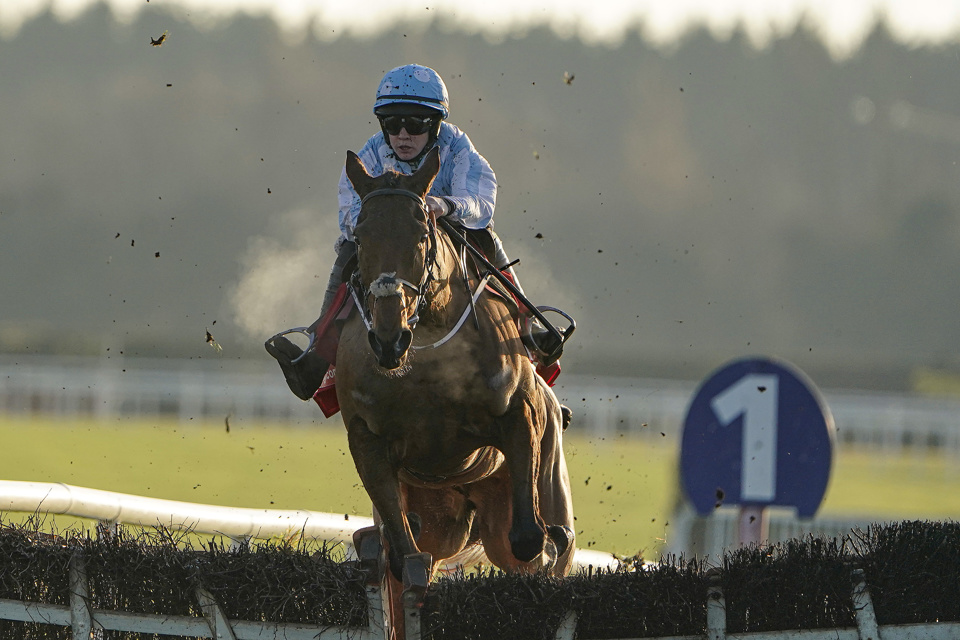 Our resident columnist Tom Lee lauds a leading Champion Hurdle contender that starred at Leopardstown last weekend, while picks out some emerging jockeys that are shining bright this winter...

A 13/1 four-timer for Willie Mullins may have been the numerical eye-catcher on day one of last weekend's Dublin Festival of Racing, especially as the haul contained a hat-trick of Grade 1 prizes, but be under no illusion - the star of the show was undoubtedly the astonishing Honeysuckle.

Now a perfect 10 from 10 under rules, as well as a 15-length lap of honour in her sole Point-to-Point, this seven-year-old daughter of Sulamani turned on the style in the Irish Champion Hurdle, dictating from the front from about the halfway point under Rachael Blackmore, then powering away for a merciless 10 length victory.

Despite all she's achieved this was the best she's produced so far, leaving a yawning 10 length gap back to Abacadabras, who in turn was nine lengths ahead of Sharjah.

A demolition job alright, and one which leaves her disputing favouritism at a top price of 5/2 for next month's Champion Hurdle at the Cheltenham Festival.

Torrens A Name To Watch

Making stealthy headway in the ranks of the jockeys' changing room is conditional pilot Simon Torrens.

From Castlederg, Omagh, the 24-year-old Northern Irishman is a nephew to trainer to Mervyn Torrens, and with four winners (all for different stables) on the board already this month, he's beginning to make a serious impact.

Those successes contribute to a seasonal tally of 26 to date, but it was his achievements at Leopardstown last Saturday which especially deserve a mention.

In attendance for two mounts, he duly delivered a 116/1 double, courtesy of victories for A Wave Of The Sea |(Joseph O'Brien) and Drop The Anchor (Pat Fahy). That both animals sport the colours of top owner JP McManus is not coincidental - Torrens is on the up.

Benoit Can Have A Say

On the subject of young riders making an impression, few fit the bill more than 18-year-old Flat racing sensation Benoit De La Sayette.  The first apprentice to be employed by John Gosden for 29 years, he's repaying the confidence of the master trainer with a steady flow of winners.

Eight have arrived so far and those are derived from just 23 rides, meaning overall he's performing at a superb 35% strike-rate. What's more, he struck on two of his last three mounts, so keep an eye out for him when he reappears in the 11:45 Lingfield on Saturday morning.

After partnering the filly to victory at Kempton 17 days ago, he's already one from one on Gosden's Moohareeba as the partnership is reunited.  Up 4lbs in the weights for that effort, she goes again in the opener at the Surrey track, stepping up in trip a furlong to a mile and a half.

That should suit, the Gosden string are in excellent form as usual, and De La Sayette is riding with a youthful swagger and full of confidence.