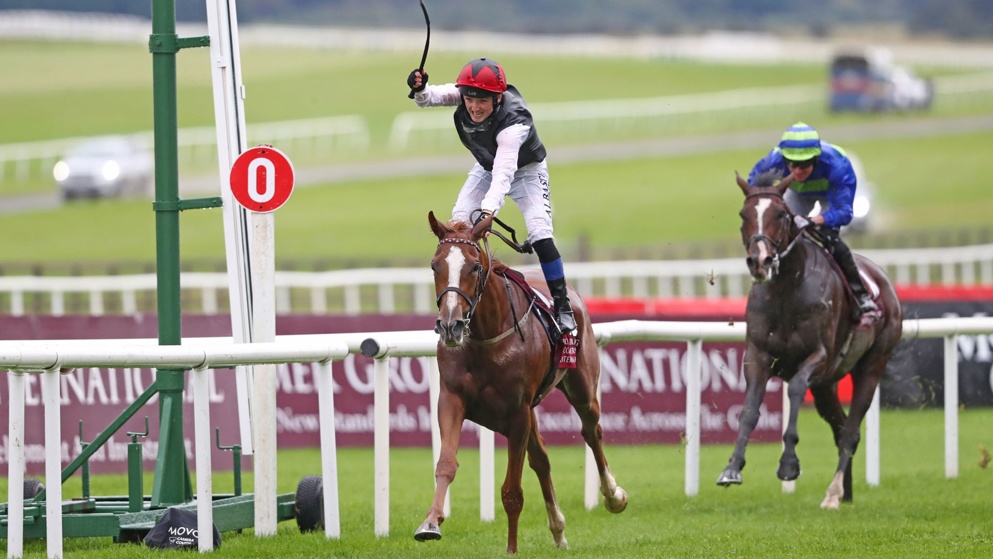 Long Distance Cup Tips: We pick out our best bet for the Group 2 race at Ascot.

Having failed to land a blow in the Prix de l'Arc de Triomphe a fortnight ago, Stradivarius will return to more familiar waters on Saturday when he lines up in the 1m 7f 209y Long Distance Cup at Ascot, which is the opening race on British Champions Day. The staying stalwart was dropped back to 1m 4f for the Arc, as connections targeted the prestigious European showpiece, but despite heavy conditions aiding his chances he was unable to land a blow and finished seventh.

Now, John Gosden has decided to send his star back over a marathon trip and the Bjorn Neilsen-owned raider has been installed as an odds-on favourite to win the race he won with aplomb in 2018. A runaway 10-length winner of the Gold Cup at Royal Ascot in June, Stradivarius showed the fire still burns bright, but while he blossomed in that prestigious contest he has suffered a few defeats this season, and it could be that he's not the force of old.

His defeats in the Arc and Coronation Cup earlier in the season were due to the drop back in trip, but having been campaigned differently this year the six-year-old has been taken out of his comfort zone significantly, and with the Arc barely out of his system then he could struggle to end the year with a win. While he won the 2018 Long Distance Cup, Stradivarius has been beaten in the race twice - having finished third to Order Of St George in 2017 and second to Kew Gardens in 2019, so at odds-on it's hard to get too excited about his chances, and he will face some improving stayers on Saturday, who could well get the better of him in the closing stages.

The two likely thorns in the side of Stradivarius will be Search For A Song and Fujaira Prince, who are second and third in the betting and both have the potential scope to lay it down to the Gosden-trained star. The pair locked horns on their last outing on a racecourse and it was Search For A Song who beat Fujaira Prince by two lengths in the Irish St Leger at the Curragh in mid-September. Dermot Weld's four-year-old filly, who was retaining her Irish St Leger crown, had found life tough in the early parts of this season, where she struggled over shorter trips, but a step up in trip to 1m 6f for the Curragh contest brought the best out of her, so she will relish the stamina-laden test of the Long Distance Cup.

Now stepping up to two miles for the Ascot Group 2, Search For A Song will be a fascinating addition to the race, and could be the one to down Stradivarius. While the Gosden jolly will be making a quick return to the track following the Arc, Search For A Song will return after a 34-day absence, so she will have the Irish St Leger out of her legs, and she will benefit of a 3 lb pull from Stradivarius, and if the favourite fails to fire on all cylinders then Weld's filly could well out-battle her in the closing stages and claim a memorable win.

Fujaira Prince may be the same age as Stradivarius, but the Roger Varian-trained six-year-old is relatively lightly-raced in comparison, and he has been one of the stars of the season. Returning to the track after a year-long absence, Fujaira Prince was a hugely impressive winner of the Copper Horse Handicap at Royal Ascot, while he continued his sparkling season with a stunning victory in the Ebor Handicap at York. Despite dominating that brace of handicaps, Varian's raider was unable to make it three wins from three this season when beaten by Search For A Song in the Irish Leger, and it could be that Group races are beyond his capabilities - meaning it's hard to see him reversing the Curragh form, and he will have to settle for the minor honours here.

Aidan O'Brien has won two of the last three renewals of this race and the master of Ballydoyle has a trio of contenders entered for the contest, and if all three take their chance then they deserve respect. Broome is the shortest in the betting at the time of writing, and the son of Australia will be making only his second start this season. Last seen finishing fourth in the Coronation Cup, Broome will step up in trip at the weekend, so is an eye-catching contender, but the 2019 Derby fourth has often found a couple too good during his career, and he may just struggle to land a significant blow.

Sovereign and Dawn Patrol will be the other two O'Brien raiders and the latter of that pair heads to Ascot on the back of a Group 3 victory over two miles at the Curragh and is entitled to take his chance here, and could be the each-way play around the 12/1 mark, while Sovereign was well beaten in the Irish St Leger on his last start, and it's hard to see him reversing that Curragh form.

Of the others, Andrew Balding's Spanish Mission heads into the race on the back of a fine win in the Doncaster Cup, but he was well beaten by Stradivarius in the Goodwood Cup earlier in the season, and he will have his work cut out here, while Subjectivist and Morando are another brace of runners that add significant depth to the contest, but both lack that bit of class to land this prize, and it's a race that can be fought out by the fancied runners at the head of the betting.

While the neutral will be hoping that Stradivarius can return to winning ways, he's had an extremely tough campaign, and with very little time between this and the Arc then he could well just struggle to produce his best and this could leave the door open to Search For A Song, who can build on a fine Irish Leger win and claim victory in a thriller.

Long Distance Cup, Ascot, Saturday 17th October - back Search For A Song at 5/1