Long Walk Hurdle Tips: Back The Worlds End To Place At Ascot 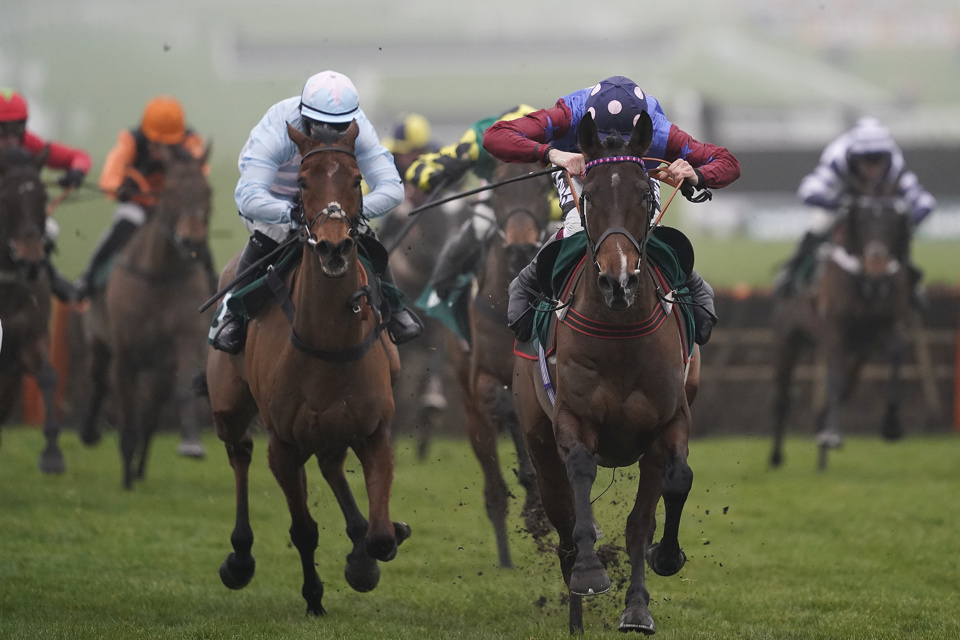 Steve Chambers previews Saturday's Long Walk Hurdle at Ascot, as Thyme Hill and Paisley Park do battle in a Grade 1 thriller, which should be a race that provides vital clues for the Stayers' Hurdle at the 2021 Cheltenham Festival...

One of the premier staying hurdles on the National Hunt calendar, the Long Walk Hurdle has a glittering roll of honour, with the likes of Baracouda, My Way De Solzen and Big Buck's all tasting victory in the Grade 1 contest, and this Saturday another stamina-laden star will etch their name in the history books. Emma Lavelle's Paisley Park has already tasted victory in the race back in 2018, and the former Stayers' Hurdle hero will look to recapture the three-mile event, but the proven class act will face an up-and-coming star in the shape of Thyme Hill, who got the better of Lavelle's charge when they clashed in the Long Distance Hurdle at Newbury.

Both prominent figures in the Stayers' Hurdle betting, the pair are fighting it out for favouritism in Saturday's clash with Thyme Hill looking to frank the recent Newbury form, where he beat Paisley Park in a pulsating finish. The six-year-old, who has blossomed since emerging out of the novice hurdling ranks, Thyme Hill has shaped like there's a lot more to come over timber this season, and the Philip Hobbs-trained gelding will visit Ascot for the first time in his career, and certainly sets the standard. His only career defeat over hurdles came in last season's Albert Bartlett Novices' Hurdle, where he was beaten by some really smart prospects, but his Long Distance Hurdle display showed that he will certainly be battling it out at the top table of the staying hurdle division this campaign.

In their Newbury clash, Thyme Hill managed to get a slight jump on Paisley Park, who was forced to work hard from a long way out to bridge the gap in a slowly run affair, and Thyme Hill managed to maintain his advantage in the closing stages, but could Saturday's contest see a turn of fortune for Lavelle's raider, who will strip fitter for the outing.

Having been forced to bridge the gap with Thyme Hill in their Long Distance Hurdle clash and failing, Paisley Park will hope to get a little closer to his market rival as they turn for home, and if he can eyeball his premier adversary then he may be able to just find that little bit extra in testing going, and of the two it's Paisley Park that could well just edge this mouth-watering duel, but with little between the pair then could be worth looking elsewhere for a more attractive betting proposition.

With Thyme Hill and Paisley Park dominating the betting, there's a significant gap in the market to the rest of the field, and third in the odds is the David Pipe-trained winning machine Main Fact, who lines up on the back of a nine wins on the spin. Having rocketed from the low 100s to the mid 150s over the last few months, the Pond House inmate was last seen winning a valuable staying handicap hurdle at Haydock Park, but he will now step out of the handicap division and into Graded company. A really progressive performer, Main Fact lines up in the form of his life, but he will need to continue on an upward curve, and while he's entitled to take his chance his winning run may come to an abrupt end, and he will have to settle for the minor honours this weekend.

Former Mares' Hurdle winner at the Cheltenham Festival, Roksana kicked off this season with an authoritative eight and a half length victory in the Grade 2 West Yorkshire Hurdle at Wetherby, and she will look to follow that up on Saturday. Having relished the three mile trip, the former Liverpool Hurdle runner-up will be in receipt of weight from her male opponents, but like Main Fact she may just lack the class of Thyme Hill and Paisley Park, and defeat may mean that Dan Skelton elects to go down the Mares' Hurdle route again come March.

Roksana tastes victory for the first time since last year's Cheltenham Festival with a smooth success in the Grade 2 @bet365 Hurdle at @WetherbyRaces @DSkeltonRacing https://t.co/zAR3lDWVGu

A fascinating contender down the betting is the Tom George-trained The Worlds End, who heads into the contest as the reigning champion, and the nine-year-old will look retain the crown won impressively last season. There's no doubting that this year's renewal is a whole lot tougher with some top notch Grade 1 performers taking their chance, and The Worlds End beat an inferior field last season. But, at around the 20/1 mark, at the time of writing, The Worlds End is a solid each-way betting option, as he has shown he can perform to a high level at Ascot, and a return to the Berkshire venue can see him in his best light. While he may just lack the class of the top two in the betting, if they underperform then George's raider can pick up the pieces and has an outside chance of retaining his crown.

Of the others, 2015 Long Walk Hurdle winner Thistlecrack will return after a year off the track, but the 12-year-old is going to face an uphill task, and it's hard to see him be a factor, while the likes of Younevercall and The Jam Man will lack the class needed to prevail here in a race that will almost certainly see the winner propel clear at the head of the Stayers' Hurdle betting.