Longshot Ted: Back this classy performer in the Grand Annual 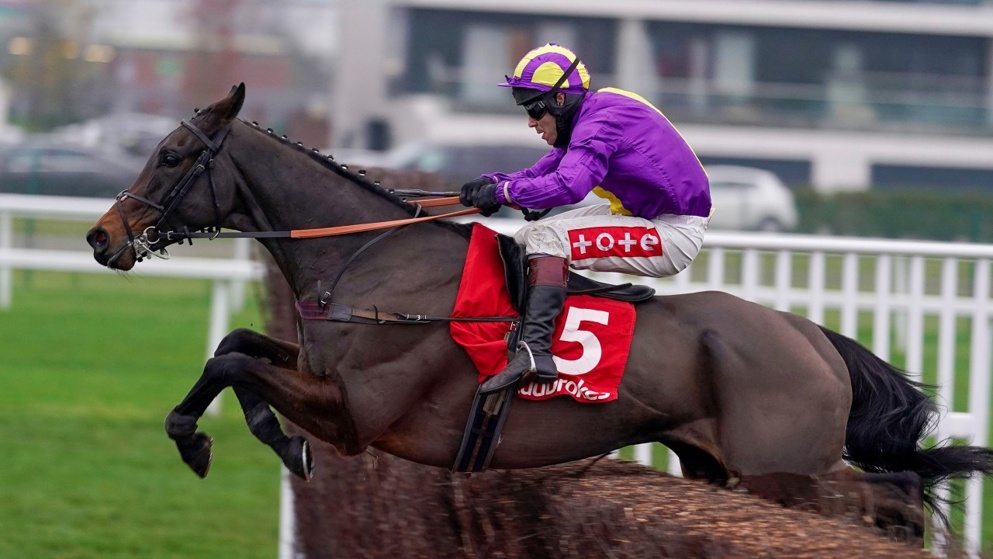 Ed Quigley picks out two selections for the Cheltenham Festival, which come in the Boodles Juvenile Handicap Hurdle and Grand Annual Chase...

There is just a week to go now until the Cheltenham Festival kicks off and the markets are starting to take shape. Most of the antepost groundwork is done now, but there is still time to have a crack at a couple more races before proceedings at Prestbury Park get underway. There has barely been a drop of rain in the last 10 days in Cheltenham, with ground conditions officially Good to Soft (Good in places) at the time of writing (March 9). Although there are various amounts of rain forecast this week, underfoot conditions look to have every chance of being substantially quicker than what we saw last year, where the finishing times of the races on the opening day suggested the ground was bordering Heavy. So something to keep in mind when looking at the form - there could be some spring ground 'lurkers'.

HELL RED looked a very exciting prospect after bolting up by 12 lengths at Chepstow in October. Admittedly, it was a weak contest, but he did it in the manner of a horse with a bright future. Since then, the wheels have come off to a large extent, having been pulled-up at Cheltenham in Grade 2 company (respiratory issue noticed in the aftermath), and then made his return after wind surgery and a three month break when third at Wincanton last month.

Sent off 4/11f, he was ultimately well-beaten, but the ground was absolutely bottomless, he looked like he needed the outing, and in my view there was a big upside to that run, as connections have been given a gift by easing him 3lbs to a BHA mark of 131. With that run under his belt, and conditions likely to be riding substantially better in a week from now, he could be one for the upset in the Boodles Juvenile Handicap Hurdle.

Paul Nicholls has won this race three times, including in 2015 when he landed it with Qualando - the outsider of his three entries, so he has 'previous' as they say. Stablemate, Houx Gris, has been all the rage in the antepost scene for this contest, but with conditions coming in his favour, Hell Red could easily be in the shake up.

His price has been contracting in recent days, but ZANZA looks to have major claims in the Grand Annual for the Philip Hobbs team. An emphatic winner at Newbury on his penultimate start, he fell three out at Cheltenham in December in a race won by current antepost favourite Sky Pirate. He was absolutely tanking at the time of his departure, and if those two were to meet again here, Zanza would get a 18lb pull at the weights. Arriving on the back of the fall isn't ideal, but he had previously had looked progressive, has avoided winter ground, and coming here without running again has 'protected' his mark. Connections have stressed that the better the ground, the better his chances, and off 145 he can make his presence felt with Richard Johnson likely to be in the saddle.