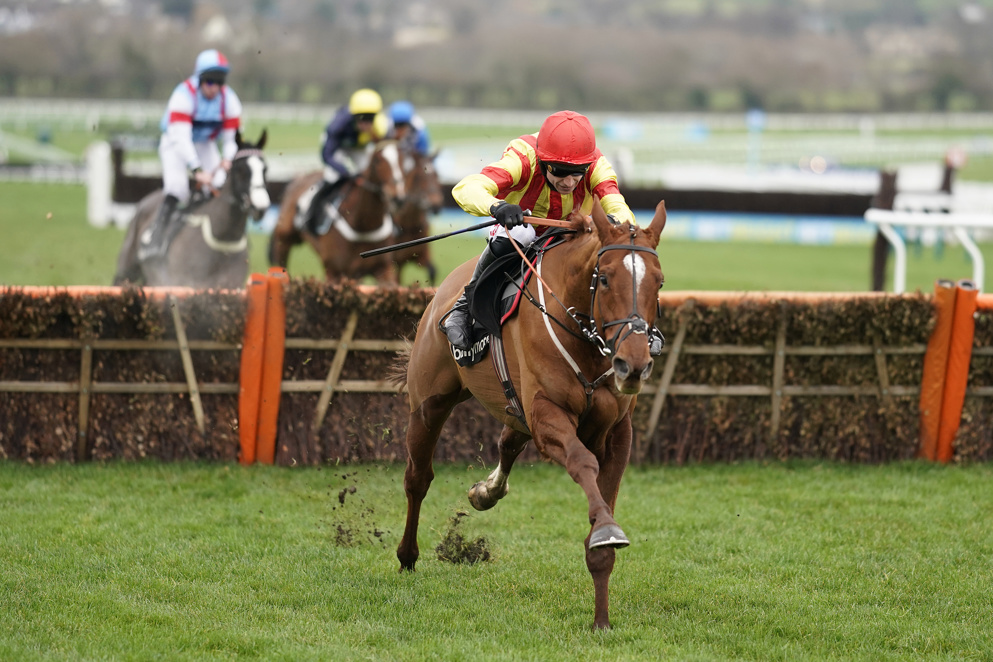 Jarveys Plate will look at adding another big stage success to his CV.

In this week's column, Ed Quigley has taken another look towards next month's Cheltenham Festival and has two selections in the big handicaps for you to consider adding to your ante-post portfolio...

The use of the NRNB proviso comes in handy here, and the Ben Pauling-trained KILDISART has been has been a horse I have been keeping an eye on for some time. His form over the last few months hasn't been anything to get excited about, but he has struggled on bad winter ground, and the Pauling string were well out of sorts before Christmas when a suspected dodgy batch of hay saw many of his horses running well below par. As a consequence, his mark has slipped down to 151, which now leaves him just 3 lb higher than when romping home at Aintree last April. Given an entry at Kempton this weekend where he is a 'possible', a nice spin round would have him spot on for Prestbury Park. Obviously, if he goes and bolts up then that will smoke his handicap mark for the Festival and make him a huge doubt for the meeting, but with the NRNB insurance he looks overpriced at 33/1. If the rain gods clear off, and he gets a bit of decent ground next month, he is more than capable of running a big race in the Ultima Handicap Chase off his declining mark for a horse who clicked into gear last spring.

In the Northern Trust Company Novices' Handicap Chase, I already have Deyrann De Carjac onside, and at 40/1 NRNB I think JARVEYS PLATE looks a big price on the balance of his form. After a poor showing on testing ground at Cheltenham in January when very weak in the market, he has slipped down nicely to a mark of 143 for this contest. Given that he swatted aside Grade 1 winning hurdler Reserve Tank at Chepstow on his Chase debut at Chepstow last October, he is an enigmatic sort, who if everything clicks for him, has the raw ability to go very well off these terms. He didn't stay 3m and was outclassed in Grade 1 company at Kempton in December, and the application of cheekpieces don't appear to have had much of a positive effect, so it would be no surprise to see them binned. He has winning form on his CV at Cheltenham and looks versatile in regards to ground requirements. This looks a much more suitable assignment than some recent tasks, and off his mark of 143 he is all but guaranteed a place in this line should connections wish to give him the green light for this. I wouldn't be shocked if he ran a much better race than his odds implied for the Fergal O'Brien team.