Longshot Ted Cheltenham Tips: My tips for all four days 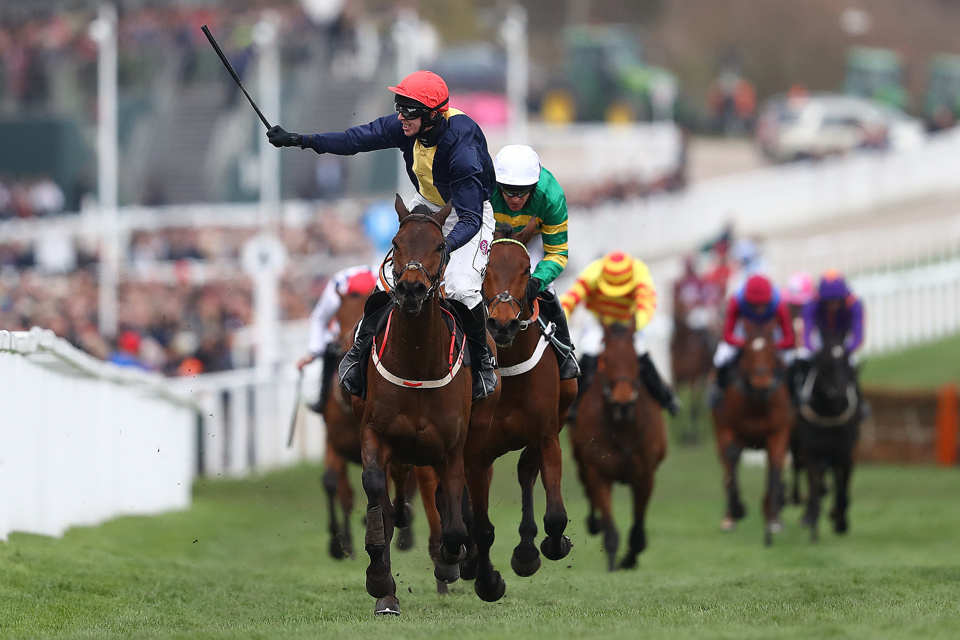 Ed Quigley has run the rule on all four days of this year's Cheltenham Festival.

In the latest edition of his weekly column, Ed Quigley has taken an in-depth look through the Cheltenham Festival form book, and has picked out his best bets for each of the four days of racing action...

The action gets underway in the Supreme, and in what looks a terrific renewal, I am siding with SHISHKIN. There is a school of thought he is too short in the betting given that he is taking on horses with Grade 1 form in the book, but he hasn't had the opportunity to tackle that level yet. He has pulverised the opposition on his last two starts and looks a top class prospect for the Nicky Henderson.

BREWIN'UPASTORM would be my selection in a wide open Arkle and I think the race will be run to suit. There should be plenty of pace on in this race which should set up for a closer. He will be patiently ridden and should storm up the hill. He comes here a fresh horse which won't be a bad thing as he does have an exceptional record off the back of a break.

I am happy with my 33/1 antepost tip KILDISART as I think he is well handicapped, but I would like to see the ground a bit better than it is. If soft conditions prevail, MULCAHYS HILL would be the one for me. He's unexposed and has course form in the book.

My long range selection PENTLAND HILLS has been underwhelming this season, but this looks wide-open. Epatante has been impressive but has had a minor coughing scare and ran deplorably at last year's Festival so on balance is worth taking on. SUPASUNDAE has assured stamina, and despite being 10, will play a big part here I am sure.

The Mares' Hurdle is a great race which I will be happy to sit and watch, and the NH Chase I have no strong view on.

PRECIOUS CARGO is an eye-catcher, and I think the step up in trip will suit and any rain fall won't be an inconvenience and HIGHEST SUN blows hot and cold, but has to be taken seriously for the Colin Tizzard team in a race that should be run to suit.

ENVOI ALLEN should take all the beating in the Ballymore but has a whole host of potential dangers to overcome including Sporting John and The Big Breakaway amongst others. LONGHOUSE POET is my antepost tip and has an each-way squeak if the rain arrives but is one I am happy to just sit back and watch.

I think Colin Tizzard could have a strong hand in this and I think COPPERHEAD has major claims. You can question the form of his Ascot win last time out, but he pulverised the opposition and looks a terrific staying chase prospect. SLATE HOUSE lined up in this, I don't think he would be a back-number. This Grade 1 winner ran poorly last time out but on his day is very good, and with this race likely to cut up into a smallish field I think he is totally overlooked.

As mentioned previously, BIRCHDALE and BACHASSON are my 'two versus the field' in the Coral Cup in what looks as competitive as ever. The Cross Country will be a watching brief, but it would be magic to see Tiger Roll do the business, and in the Champion Bumper I will sit on the fence.

The Boodles can be a bit of a minefield, but I maintain LANGER DAN is overpriced at 33/1. He may not have too much in hand over the handicapper, but off 135 he ought to massively outrun his odds with trip, track, ground and the way the race should be run all in his favour. The Dan Skelton team are making a bit of a name for themselves with Cheltenham Handicaps and this horse has each-way claims.

The Champion Chase is undoubtedly the race of the week. My heart wants Altior, my pocket wants Chacun Pour Soi and my head says Defi Du Seuil. This is a corker and I just cannot wait to watch it!

My Thursday revolves around MISTER FISHER in the Marsh Chase - the prospect of drying ground throughout the week enhances his chances greatly and he looks a rock solid proposition to land Grade 1 honours for Nicky Henderson.

Off 140, KILBRICKEN STORM has to come into the equation in the Pertemps Final. A former Grade 1 winner of the Albert Bartlett, he is dangerously well handicapped on old form and looks to have an each-way shout.

In the Stayers' Hurdle, I fully expect Paisley Park to win, but my each-way alternative would be EMITOM, who got back on track at Haydock last time out, and this youngster is still unexposed and should have more to offer for the yard that won this in 2015 with Cole Harden.

I think Greatrex also has a solid chance in the Kim Muir with BOB MAHLER, who won nicely in the Edinburgh National last time out, and from a mark of 140 this previous C&D winner should be in the mix.

ELDORADO ALLEN has plenty of ability and can go well for each-way backers in the County Hurdle. The more the ground dries up for him the better - he got bogged down in the mud at Sandown last time out.

The Albert Bartlett is a fascinating spectacle, the two I have had onside for sometime are THYME HILL who will love it if conditions dry up, and RAMSES DE TEILEE who has proven he is a very versatile this season and not just a one trick pony mudlark.

The big one looks an open encounter but stuffed full of quality. I haven't lost faith in LOSTINTRANSLATION who looked a potential superstar before everything fell apart in the King George. However, he wouldn't be the first horse to have performed below expectations at the Sunbury venue and then flourish at Cheltenham. He has a good record at this track and I think he can come good once again. His jumping is his usual weapon, and drying ground really aids his cause.

In the Grand Annual, I think PALOMA BLUE has all the tools to run a massive race. A searing gallop over the minimum trip will set things up perfectly. He will appreciate it if the ground quickens and has some smart form at the track. He wasn't beaten far in the Supreme when the ground was unsuitably testing.