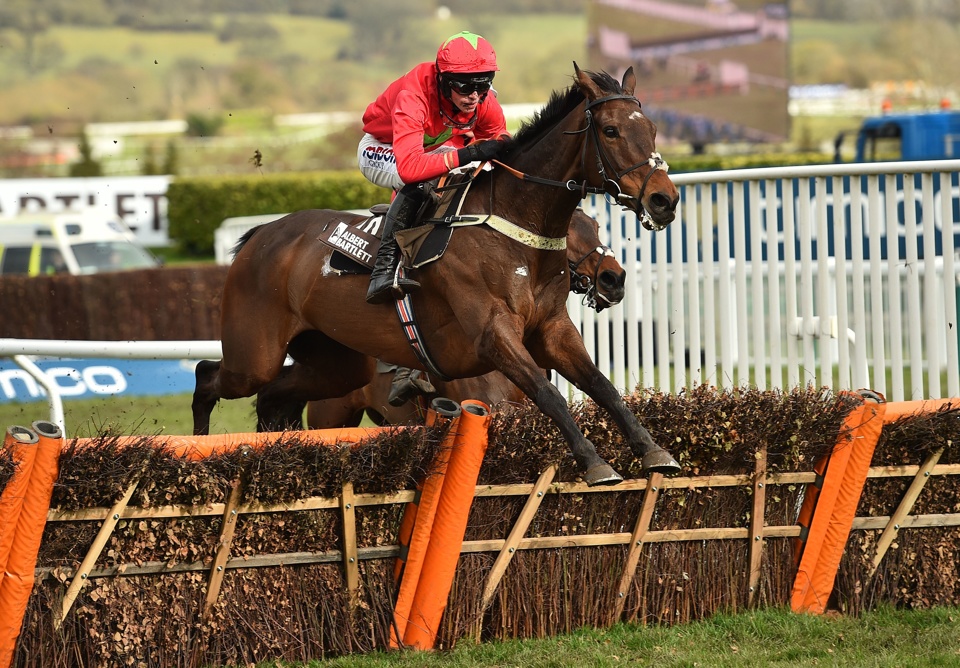 Kilbricken Storm is set to take his chance in a competitive handicap contest at Haydock Park this weekend.

In the second edition of his new weekly column, Ed Quigley picks out a double figure-priced fancy in Saturday's Stayers' Handicap Hurdle at Haydock, before taking a long-range look at next month's Welsh National at Chepstow...

The Betfair Chase and the Christy 1965 Chase could be absolute classics, and will be the focus of attention on a wonderful weekend of racing. They aren't races I will be having a bet in, but just enjoying the calibre of horses on display. I am struggling to split Altior and Cyname, and in the Haydock feature, my marginal preference would be Lostintranslation to lower the colours of Bristol De Mai at his beloved venue, but once again it looks too close to have a firm opinion on.

However, from a betting point of view, the Betfair Stayers' Handicap Hurdle looks the juiciest affair on Saturday, and at 20/1, I think it is worth taking a chance on the 2018 Albert Bartlett winner KILBRICKEN STORM to relive former glories. The wheels have come off for the eight-year-old over the last year or so, and he produced a lacklustre return to hurdles (albeit in Grade 1 company) in the spring, after injuring his pelvis in a novice chase at Newbury a few months earlier. However, an optimistic Colin Tizzard believes he has 'sorted the issues' which have bugged him in recent times.

He drops into handicap company for the first time, and off 145, the handicapper is presenting him with his easiest opportunity on paper at least for a long time. Let's not forget he had the likes of Paisley Park and Santini behind him at the Festival in 2018 and could make amends here in much calmer waters. If he has been rejuvenated then he has to be taken very seriously off these terms in this company. There is plenty of rain forecast at Haydock at the end of the week and that will suit this proven performer on a surface with substantial give underfoot.

A real old slog in the Albert Bartlett.

Looking further ahead, and I think 14/1 poke TRUCKERS LODGE looks rock solid candidate in the Welsh National. Paul Nicholls has stated that this is the race he is being trained for this season, and it is no surprise at all when you consider that his form figures at the track read 11241, with the '4' coming on his seasonal reappearance when looking a though he would strip substantially fitter for the outing. He is versatile in regards to ground, but has winning form when the mud is flying, so that is another tick in the box as far as his suitability for this assignment is concerned.

It is true he lacks experience with just the three chase starts to his name, but naturally brings an unexposed tag to the table, and it is this juxtaposition which makes him of real interest off an official mark of 139. He has looked an assured jumper in his three starts to date, and shapes as though he will relish the proper test of stamina. Chepstow is a track which has it's idiosyncrasies, so his proven ability to bring his A-game to the table at the Welsh venue's undulations bodes well. I could see him starting a single-figure price.

*Kilbricken Storm was declared a non-runner on Thursday afternoon