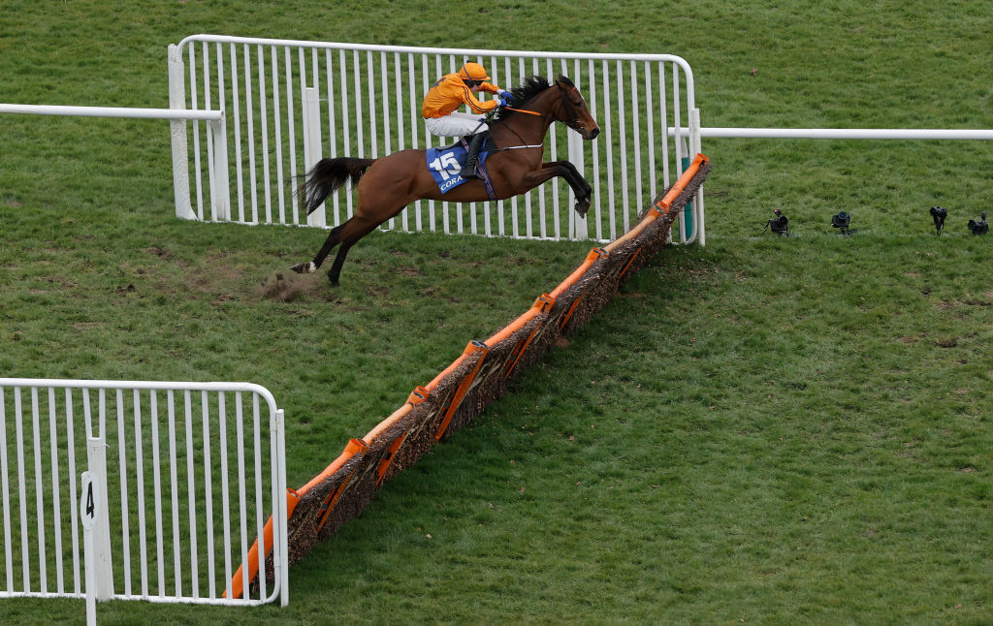 A race formerly dominated by the great Quevega, the Mares Hurdle has grown both in popularity and competitiveness in recent years. Runners from Ireland dominate the market at present and four winners of different races at last year's festival look set to clash in race five of day one at the Cheltenham Festival.

Twelve runners are set to take their chance in the Mares Hurdle and it is undoubtedly one of the most stacked fields this race has ever seen. Telmesomethinggirl won the 2021 renewal of the Mares Novices' Hurdle and ever since has been towards the head of the market for this contest. Henry De Bromhead's runners' claims are obvious in that she has the all important course and festival form while also performing admirably this season in defeats this season when having to concede weight, something she will not have to do at Cheltenham. Her 1 and 1/4 length defeat to Royal Kahala at the Dublin Racing Festival marked her out as one who this race will be perfect for due to her turn of foot and now off levels with all her rivals she has a favourite's chance.

Her conqueror that day Royal Kahala would've been near the top of the betting for this but connections are opting to send her to the Stayers' Hurdle later in the week. She won that race at Leopardstown by a neck from Heaven Help Us who has been confirmed for this race. 2021's pillar to post Coral Cup winner will have been primed for this day and can put behind her a disappointing performance at the track back in December and attempt to win another Cheltenham Festival race with her front running tactics.

A horse that has been supported due to strong vibes from the stable and plenty of Cheltenham preview naps is Queens Brook for Gordon Elliott. Despite losing on her last appearance to another runner in this field Burning Victory, Queens Brook is now second favourite and many believe she can reverse form with Willie Mullins' last time out winner at a track that could play more to her strengths. Burning Victory was of course the lucky recipient of the 2020 Triumph Hurdle after Goshen's famous blunder, and so is another in the field who has a good chance of securing her second Festival victory in this contest.

Another Mullins runner who has been supported in recent weeks and days is Stormy Ireland. After an ill fated switch to Paul Nicholls in the UK, Stormy Ireland has returned to Closutton and in recent times has looked back to her brilliant frontrunning best, never more so than when beating McFabulous on New Years' Day at Prestbury Park. She only knows one way and will likely be the pace in the race, along with Heaven Help Us.

Mrs Milner won the Pertemps Handicap Hurdle last year with a stylish finishing effort up the Cheltenham hill and is all set to attempt to win her second Cheltenham race here on day one, although she may lack the turn of foot required to trouble some speedier types in the race. Yet another Mullins entrant is Echoes In Rain who was touted as a world beater in her younger days but has never quite fulfilled that potential. She is clearly still held in high regard, hence her single figure quotes. Maries Rock would've been a fancy for many in whichever handicap she ran in but her connections have opted to send her here to chase Grade One glory instead. The last Festival winner in the field (Martin Pipe of 2020) attempting to secure another Festival win is Indefatigable. She won by the narrowest of margins last season but has looked a shadow of her former self this season and has a lot on her plate in this classy looking affair.

The verdict at the current prices goes to Heaven Help Us to lead them all a merry dance to win at the Festival again and to send likeable trainer Paul Hennessy into hysterics with a Grade One success on the biggest stage.

Cheltenham Festival Betting Offers
ITV Racing Tips: Most tipped selections for the Irish 1000 Guineas and action from the Sunday Series at York
By Russell Palmer