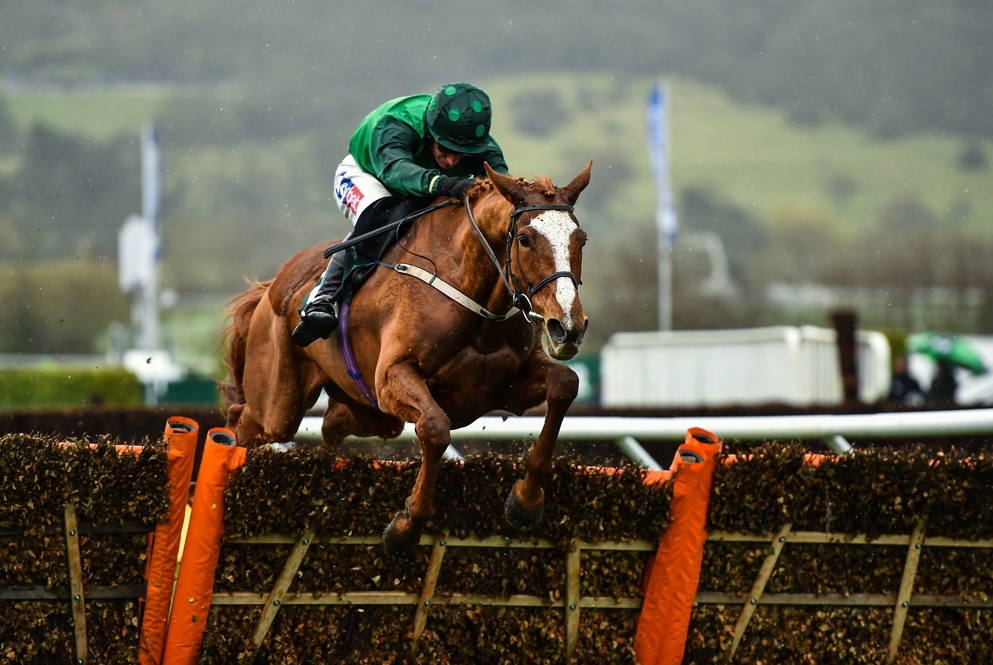 Lewis Tomlinson picks out his Mares' Hurdle tip, which sees Concertista and Roksana clash on day one of the Cheltenham Festival...

Concertista at 6/5 with Paddy Power

Willie Mullins’ may feel the last two Mares’ Hurdles have been “ones that got away.” Benie Des Dieux looked home and hosed in 2019 before taking a final flight fall, whilst that same horse was on the receiving end of a masterful Rachael Blackmore ride aboard Honeysuckle when a half-length second in the race last year.

Prior to that, though, this race had primarily been a Mullins benefit. Nine of the previous eleven renewals had made their way back to Closutton, six times courtesy of Festival legend Quevega. It’s no surprise, then, that he again trains the strong favourite for the Mares’ Hurdle this year in the shape of Concertista.

Not many horses are asked to make their hurdles debut at the Cheltenham Festival, and even fewer are able to go as Concertista did, finishing a short-head second in the Dawn Run on her first start in the discipline. With a full year’s worth of experience under her belt, she made no mistake on her return to the Dawn Run last season. Concertista’s performance that day was one of the meeting’s most impressive victories, with Daryl Jacob never engaging full throttle until all the jumping was done, at which point he unleashed his mare to power her way clear up the hill and extend her advantage all the way to the line.

She’s looked an improved performer again this term, unbeaten and unhassled across two starts this season. Her most recent outing of the two, at Leopardstown’s Christmas meeting, was an archetypal Concertista performance; she travels kindly, in the manner of a horse who would no issue if dropped back down to two miles, whilst the way she gradually winds up through the gears allows her to do her best work at the finish.

The recent form behind Concertista looks hard to knock. Minella Melody, beaten favourite for the Dawn Run last season, is a very solid yardstick and has chased Concertista home twice this season. She merits each-way consideration, as the additional three furlongs in the Mares’ looks suitable for Minella Melody, though there has to be a question as to why a horse with such a consistent profile away from Cheltenham was so bad at the Festival last season.

Last season’s Coral Cup runner-up Black Tears has better Festival form, though she finished behind Concertista and Minella Melody at Leopardstown over Christmas. She had a rather straightforward prep for this at the beginning of the month, landing odds of 2-5 in the Quevega Hurdle and has been the subject of noticeable market support in the weeks leading up to the Festival. Certainly, the 33s available for Black Tears at the start of February underestimated her chances but I think, at 10-1, the balance has somewhat swung in the opposite direction now. Whilst she is undoubtedly holding her form, I don’t think she looks to have improved particularly this season to the level usually needed to win this and I find it hard to see where she will make up the twelve lengths needed Concertista from their Leopardstown clash.

The domestic challenge will be headed by Dan Skelton’s ultra-likeable Roksana. The nine-year-old was a rather fortunate winner of this event two years ago and had no obvious excuses when beaten into fourth last season, but this hardy mare has looked better than ever this season. She began her campaign with a very cosy victory against a set of well-established geldings, including reigning Stayers’ Hurdle champion Lisnagar Oscar, in Wetherby’s West Yorkshire Hurdle, before cementing her place at the top table of staying hurdlers with a two-length third to Paisley Park in the Long Walk at Ascot.

Roksana gained her second Grade 2 victory of the season when given an easier task back against her own sex in the Warfield Mares’ Hurdle in late January, and though she wasn’t particularly overfaced in terms of opposition, the manner of her victory that day was remarkably impressive. Harry Skelton was able to stalk Magic Of Light, a previous two-time winner of that event, until the jumping was completed, whereby Roksana then produced an instant turn of foot to settle the race in a number of strides without ever having to come out of first gear.

That was the performance of a genuinely top class racemare, but the caveat regarding Roksana is that her improved form has come over half a mile further than the Cheltenham trip, and she was seemingly caught out for pace in last year’s renewal. Confidence in that regard can certainly be taken from the manner in which she travelled and quickened at Ascot, and her overall body of form is superior to that of Concertista. If Roksana is the same horse dropped back down in trip, she’ll provide Concertista with the sternest test of her career, and the prospect of that duo clashing at peak form is electrifying stuff.

Fellow former Festival heroine Dame De Compagnie took the Coral Cup last season, and Nicky Henderson has opted to revert to Plan B here after concluding she lacks the experience to continue her novice chasing campaign at Cheltenham. She’s been rather limited in terms of opportunities to show off this season, winning a match race at Ayr- albeit against a smart rival in former Fighting Fifth winner Cornerstone Lad- on her chasing debut, before lucklessly unseating in the Scilly Isles after being badly hampered by a faller.

She made progress over hurdles last season, and the fact she’s been seen over hurdles over hurdles shouldn’t be too much of a worry- Benie Des Dieux was able to win this having only raced over fences throughout the season.

Last season’s Martin Pipe winner Indefatigable hasn’t been at her best yet this season, being beaten an odds-on at Kempton Listed event before finding life difficult against a high-class set of geldings in the Relkeel. She’ll need a clear career-best here, even if she does bounce to form. Great White Shark, third in the Martin Pipe last season, is still yet to show the level of form needed to take this, though can be forgiven a disappointing showing in the Galmoy last time on account of the atrocious ground. She had shown improvement during the summer, but needs to a bigger step forward again to win this.