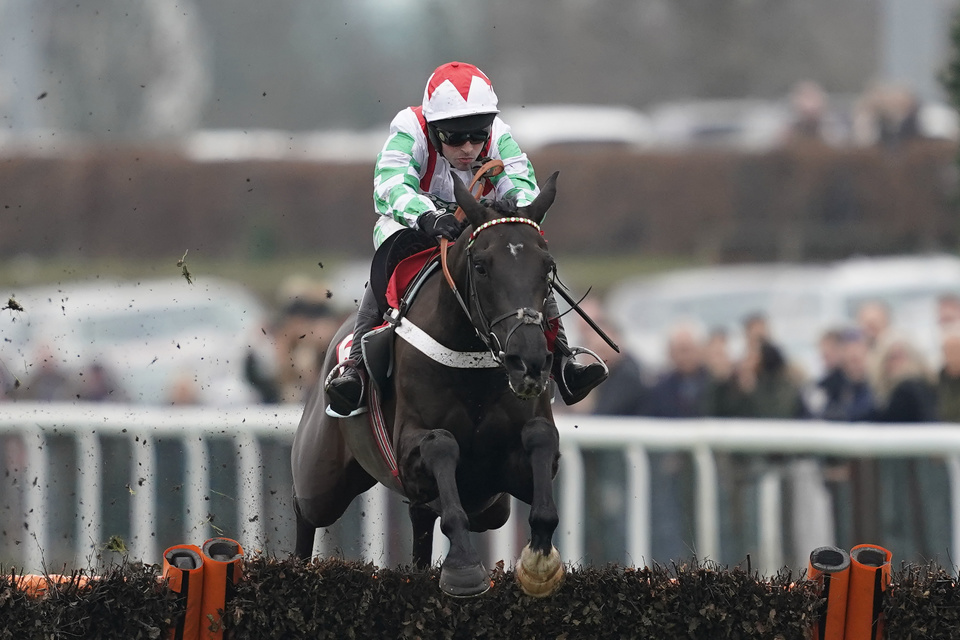 Mister Fisher was a game winner at Cheltenham in December.

Following the release of the entries for the Marsh Novices’ Chase, Alex Stearn has taken a look through the field and picked out his best ante-post bet at this stage…

The Marsh Novices' Chase (previously known as the JLT) has attracted a huge 71 entries this year, and it usually proves to be an excellent contest that produces strong form going forward. Last year was no exception, with none other than Defi Du Seuil, current favourite for the Queen Mother, and Lostintranslation - current fourth favourite for the Gold Cup - filling the first two places. However, this year has the potential to be a heartwarming blast from the past, with a 12-year-old currently heading the market.

That protagonist is Faugheen, who was given the nickname ‘The Machine’ after his relentless galloping style that saw him conquer all before him in his early days. There’s no questioning that he was a true champion, but it had looked like the engine had lost its power in recent years, and many were questioning the decision of his connections to go chasing with him at the ripe old age of 11. One or two people still feel that way, but the sheer amount of unbridled joy that outpoured on social media following his 10-length defeat of Samcro in a Grade 1 event at Limerick on Boxing Day was arguably the biggest story of the festive period. If reproducing that, he could well be up to the task. The rematch could be on, too, as Samcro also holds an entry, but with handicaps possibly on his agenda before that, the plan for Elliott’s charge is still up in the air.

🏆 The Machine is in working order alright

⭐️ Superlatives fail to do Faugheen justice! At the age of 11, he records an 11th G1 victory & his first over fences, getting the better of Samcro in a thrilling race @LimerickRaces

Faugheen is one of 12 entries for the Willie Mullins team, and besides the old boy, the most eye-catching of those is Closutton’s star mare Laurina. She is on something of a comeback mission after bursting a blood vessel at Leopardstown over Christmas, but she had previously shown a high level of ability when winning on her chasing debut in minor company at Gowran Park in November. Admittedly, she proved to be just that little bit short of top-class standard when pitched against the boys over hurdles, but offered plenty of promise that her scope would see her in a better light over fences, and with a handy 7 lb sex allowance here, she could have plenty to recommend her at this trip if getting back to her best.

Owner J.P. McManus has a strong chance of winning this contest for the second year running with Fakir D’Oudaries, who could be vying for favourtism come post time if lining up for this. He was beaten in Grade 1 company over 2m 1f at Leopardstown last time out, but that was possibly down to the trip and giving the leader too much rope. Mark Walsh would have kicked himself after that ride, and we know that his true form is more like his previous start - when winning the Drinmore Novice Chase over two and a half miles at the beginning of December. That saw him register his first Grade 1 victory, and despite initial reaction suggesting he was the lucky beneficiary of Samcro falling at the second last when upsides, hindsight has allowed us to re-evaluate that and postulate that he could well have seen him off anyway.

Of those from the Nicky Henderson yard, Mister Fisher is the headline act, and despite being beaten on his chasing debut at Warwick in November, he improved plenty for both the experience and the step up to two and a half miles to get his head in front at the second attempt at Cheltenham last month. He saw off fellow Marsh entrant Good Boy Bobby that day, and although he admittedly received 5 lb from that rival on that occasion, the emphatic nature of his win means the result would likely have been the same even off level weights. He also holds an entry in the Arkle, but it would be hard to see him dropping back to that trip at present and he looks excellent value.

✅ Off the mark over fences!

A perfect tonic for @sevenbarrows following the news that Altior will miss the King George https://t.co/29dHFRhF2G

Reserve Tank can’t be left out of discussions either, considering that he was a commanding winner of a Grade 2 event at Wincanton back in November. Admittedly, he’s twice been turned over at a short price either side of that success, but it would be no surprise should he play a part in the finish here considering there ought to be more to come from him at this intermediate trip.

A horse with plenty of each-way appeal if heading to Prestbury Park is Itchy Feet, who is in the capable hands of Olly Murphy. He’s only had the one start over fences so far, winning a minor event at Leicester in December, but he barely turned a hair that day, and considering the high-class form he showed as a hurdler last term, he could well have slipped out of people’s minds.

Meanwhile, you can’t ignore the form figures of entrants such as Battleoverdoyen, Black Op, Master Tommytucker and Slate House, but they will surely all head to the RSA Chase, while Brewin’Upastorm is another high-class individual that seems more likely to be Arkle bound.

Those inclusions make ante-post betting a minefield, especially trying to double-guess what Gigginstown will do with their horses, but there are a few that look certain to line up here. Itchy Feet makes plenty of appeal off the back of a facile win in lower-grade company, but it may pay to side with the horses with form at a higher level over fences. Of those, Fakir D’Oudaries, Laurina and Faugheen can each have a case made for them, but the name at the top of the shortlist is Mister Fisher. He’s yet to strike at the top level, but his performance to win at Cheltenham last time out was a lot better than the winning margin suggests, and with course form and high-class hurdling form to his name, there’s plenty of reasons to recommend him at tasty-looking odds of 14/1.