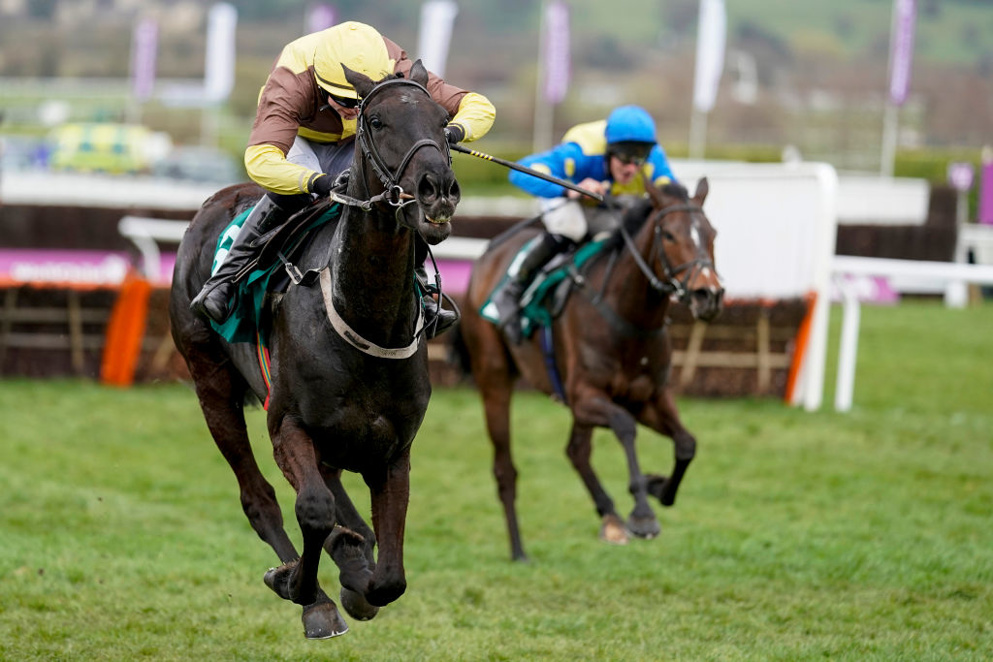 The race that brings the curtain down every year at the Cheltenham Festival is now the Martin Pipe Handicap Hurdle. Named after one of the greatest trainers to ever saddle a racehorse, the race holds extra significance coupled with the obvious prestige of a coveted Festival win for members of the current training ranks. David Pipe obviously loves to have a winner in his father's race, and Gordon Elliott is a Martin Pipe protege so is always keen to have a few big hopes to finish off the week. With the entries out we take a look through some with leading claims...

The best place to start when assessing this race is surely looking at last year's renewal, won in a romp by what we now know to be a seriously talented horse in Galopin Des Champs. WIllie Mullins' raider obviously had bundles in hand that day and is set for a blockbuster clash with Bob Olinger in this year's Turner's Novices Chase. No horse had a chance of living with him that day, but take him out of the race and you see a wildly impressive seven length winner in Langer Dan. The 2021 Imperial Cup winner was clearly the best in the race barring Galopin Des Champs and Dan Skelton has minded him expertly all season with the aim clearly to go one better in the 2022 renewal. If lining up as expected he is sure to have a favourite's chance.

The horse Dan Skelton will be fearing is the new Galopin Des Champs out of Closutton is undoubtedly State Man, the current favourite at 6/1 with some firms and one with a similar profile to last year's victor. He won as a 1/7 shot should at Limerick on the 1st of February and surely has heaps of improvement to come. Winter Fog for Emmet Mullins falls into a similar category and although he is more experienced than State Man there is no trainer better at getting a well handicapped runner cherry ripe on the day than the man in charge of this one's career.

There are over 100 horses entered in the race and obviously not all of them will squeeze in but a few more entrants worth noting include Queens Brook who only today was placed behind Burning Victory, another mare entered in the race and one with Cheltenham form in the shape of her 2020 Triumph Hurdle success. Another runner of Willie's that is worthy of serious respect is Allegorie De Vassy, an impressive winner on both starts for his trainer since moving over from France, both times justifying favouritism at Fairyhouse.

Paul Nicholls used to be the king of Cheltenham but nowadays winners can be harder to find for the Ditcheat trainer, and he could feasibly be heading into this race not yet on the scoreboard if Bravemansgame is turned over earlier in the week. He has entered the Knappers Hill in the contest who was last seen finishing sixth in the Betfair Hurdle and hinting a step up in trip would be beneficial.

Of those at bigger prices, Dans Le Vent has been running well all season and the hustle and bustle of a big field Cheltenham handicap could be right up his alley. He will be able to be partnered by usual pilot Isobel Williams which will be a bonus in a race for conditional jockeys only. Last but not least, a mention must go to Chemical Energy for Gordon Elliott. Last seen defeating Lunar Display in November and put away to mind his mark since, Elliott will be desperate to win this race named after his former boss and will have Chemical Energy ready for a peak performance to secure the last race of the 2022 Festival.

Cheltenham Festival
Today's Horse Racing Tips: The most tipped up horses from across the 10 race meetings on Saturday
By Russell Palmer