Murphy hopeful of a big run from Relegate 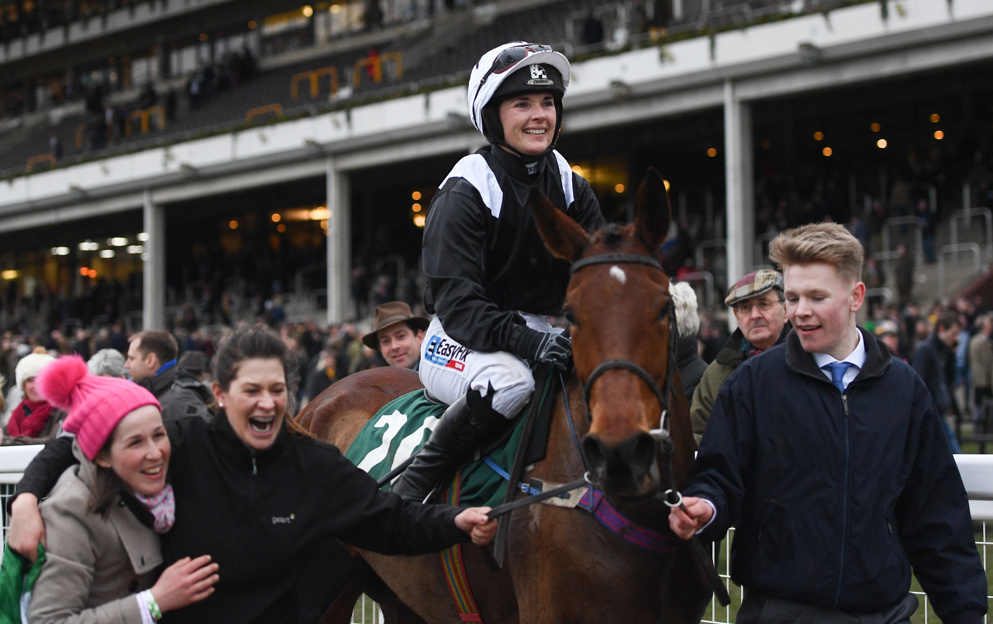 Relegate won the Champion Bumper in 2018 for Willie Mullins and Katie Walsh.

Colm Murphy is hopeful of a big run from his star mare Relegate, who takes her chance in Thursday’s Pertemps Final at the Cheltenham Festival.

Murphy is no stranger to Cheltenham success - saddling both Brava Inca and Big Zeb for high profile wins at the meeting this century - and he looks to have another classy sort on his hands in the form of the 2018 Champion Bumper winner Relegate, who has joined his yard from Willie Mullins.

Relegate shaped well on her first start for the yard when fourth in a qualifier for this at Punchestown in February, and Murphy is hopeful of a big run from the seven-year-old, who has been well-found in the market since officially qualifying for the race last Thursday - off a mark which could potentially underestimate her.

She will be Murphy’s sole representative at the Festival this year, and he said of the mare’s chances: “It wasn’t ideal to run on heavy ground first time up, but we needed to get qualified so did what we had to do. She has three miles written all over her and has won at the course before, so there are plenty of positives.

“We all know what she can do, and we are hopeful of a big run. She’s a course winner and Festival-winning form often counts for plenty when heading back over there,” continued the handler.

Relegate (25-1) flies home to win the Champion Bumper ＠CheltenhamRaces and provides Willie Mullins with his ninth win in the race. #TheFestival

However, the multiple Grade 1-winning trainer is refusing to get too carried away and admits it would be foolish to think the task at hand is an easy one for the seven-year-old daughter of Flemensfirth.

“We are more hoping, rather than expectant, as it’s a Festival handicap and there are so many variables and so many things can go wrong. You’ll need some luck, but you would much rather be going over there with one that is fancied, that’s what you really want to be taking over,” said Murphy.

Relegate will be joined by a familiar face on Thursday too, in the form of Willie Mullins’ number one rider Paul Townend, something Murphy thinks will help his mare’s claims ten-fold.

“We’ve been lucky enough to book Paul Townend for the ride and there won’t be many better we could have chosen. He knows Relegate from her time at Willie’s (Mullins) and we’re very happy he’s able to ride,” explained Murphy of the assistance the mare will receive in the saddle.

Victory on Thursday would mark a swift return to the top table of the training ranks for a man who gave up his licence for financial reasons in 2016. Having spent the interim period as a stewards’ secretary, he returned to training last summer, and Murphy is hopeful Relegate is the icing on the cake of an enjoyable first season back on course.

He said: “It would be fantastic after all we’ve been through and to have a live chance at the Festival having been not too long back at it is brilliant.

“She’s a fantastic mare and the only one we’re taking. So, we’ll head over Tuesday, run her Thursday, then head home Friday. It would be nice to travel back on Friday after a long night for the right reasons Thursday evening!”