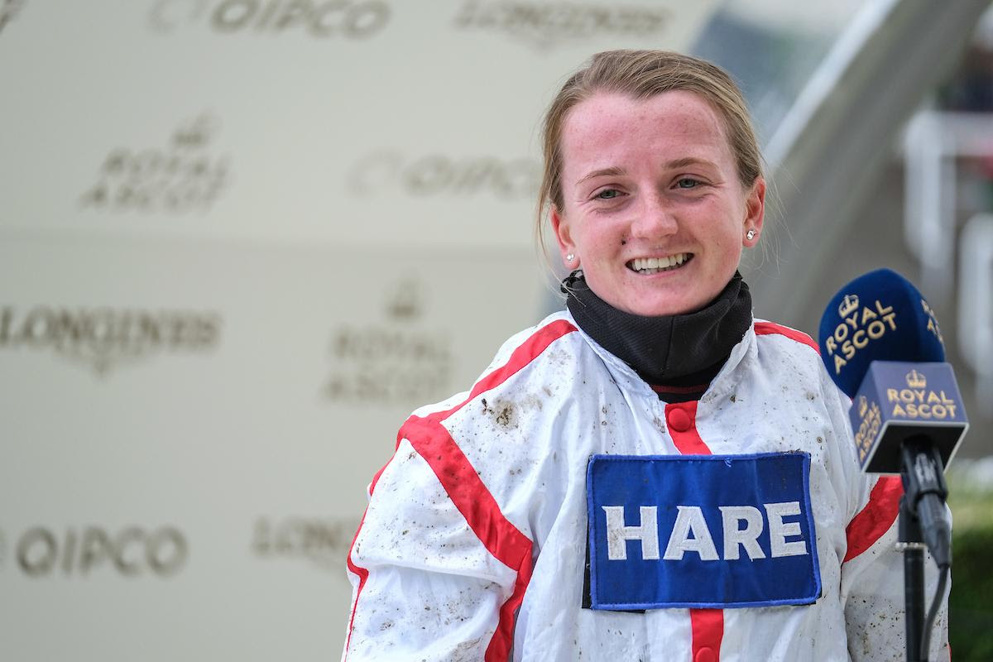 The Nassau Stakes often sees a high class winner and this season if that is to be the case then most would agree it will be French Oaks heroine NASHWA who secures the Group One prize. Eight fillies look set to take her on at Glorious Goodwood in the feature race of Day Three and Billy Grimshaw is siding with one of the supporting cast to upset the odds...

Hollie Doyle's partnership with Nashwa has proved seriously fruitful so far this season, with her two storming successes in novice races leading up to a good but ultimately non-staying effort in The Oaks at Epsom. She will have traded fairly short in running in the Classic as she looked to be travelling best of all about three furlongs out, and that effort made it painstakingly obvious to connections a step back in trip would be the best route forward for this daughter of Frankel. Doyle got the fractions spot on next time out at Chantilly in the Prix de Diane to claim her first ever Classic, with Nashwa just holding on from the chasing La Parisienne after a bold ride which saw her race freely but always stay up with the front runners. She is of course the right favourite and as a three year old will receive weight allowances from older rivals, adding to her claims. However, at odds-on I am tempted to look elsewhere to find at least an each-way alternative and at best one who can outbattle Nashwa.

One that has seen some solid market support is Dreamloper for Ed Walker and Kieran Shoemark. She won the Group One Prix d'Ispahan on her penultimate start and this looked a cracking performance. However, she blotted her copy book somewhat when easily dismissed in the Pretty Polly last time out at the Curragh behind La Petite Coco. If you are of a forgiving disposition then the ground is an easy excuse to make for that effort, but with her odds contracting all the time she is another I can leave alone. Concert Hall will receive the same weight allowances as favourite Nashwa but has not looked up to Group One class this campaign, most recently blowing out at Belmont when a heavy odds-on favourite over today's distance. Aidan O'Brien and Ryan Moore of course cannot be discounted but it'll take a huge turnaround if she is to feature in the shake up here.

Ville De Grace was just beaten by Dreamloper back in early May at Newmarket and said she was an unfortunate second that day after drifting slightly off a true line and losing by just a nose. To cap off her three year old season she won the Group Three Newmarket Pony Academy Pride Stakes, but some of the runners in behind look to have progressed past her in 2022. One such horse is my each way pick for the Nassau Stakes, LILAC ROAD. William Haggas is having a stormer of a season and Tom Marquand will be aiming to topple wife Hollie Doyle in this contest with Lilac Road, who looks rock solid each-way.

In the aforementioned Newmarket Pony Academy Pride Stakes, Haggas's runner finished second but she had a slow start, met traffic in-running and lost a shoe behind Ville De Grace. She had the opportunity to avenge that loss this campaign in the Group Two Middleton Fillies' Stakes and duly obliged, brushing her 2021 Newmarket conqueror aside at York to win well. Lilac Road seems better than ever this campaign and with the added bonus of some course form in the book (finishing a neck third back in May 2021) coupled with her consistent profile she rates a confident each-way play with three places available. Hopefully if it comes down to a battle with Nashwa her experience can tell and she will fight harder than her higher profile rival to claim a first Group One.

Rogue Millennium has shown glimpses of smart form but looks to have it all to do to win this prestigious prize, while the trio of outsiders Aristia, Fonteyn and One For Bobby look out of their depth and connections would surely bite your hands off for some place money.