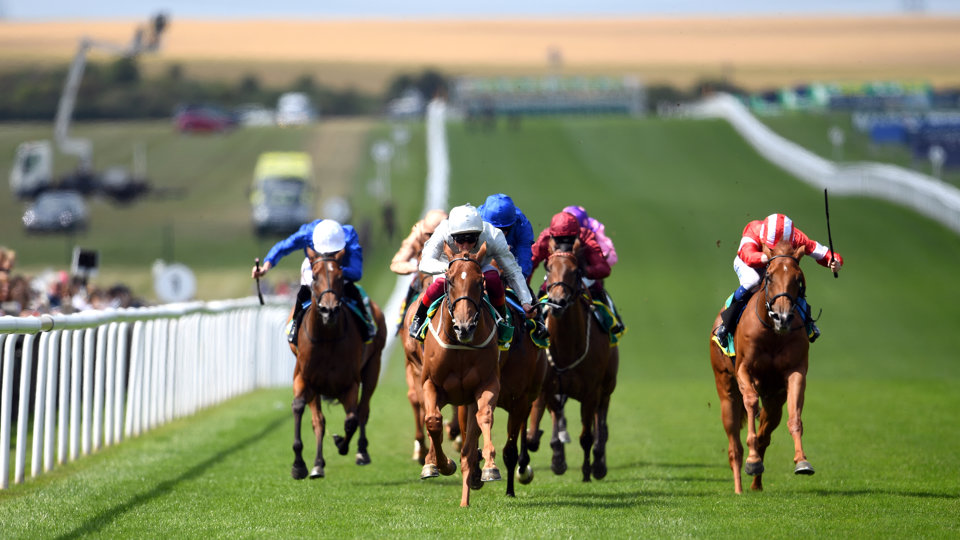 Check out our best bets for Newmarket on Saturday

We are set for a thrilling third and final day of Newmarket's July Festival on Sauturday afternoon, with the Group 1 July Cup taking centre stage at 16:25, and our man Steve Chambers will attempt to point you in the right direction of a few winners at Flat HQ. Check out his best bets on the card here...

Charlie Appleby won this race 12 months ago and the Godolphin handler will attempt to retain his crown on Saturday as he saddles both Bay Of Honour and New Kingdom in the 1m contest, and of that pair the former looks to be the most likely contender for glory. However, the pair could struggle to get the better of Richard Hannon's LAASUDOOD, who has been hugely progressive this season, and could well be open to more improvement, as the War Front colt bids for a third win in five starts.

A winner at Kempton on his second start, he was then beaten by Secret State at Nottingham in a novice stakes, but that form has been boosted with the winner that day going on to claim victory in the King George V Stakes at Royal Ascot, and Hannon's charge built on that Nottingham run by landing a Doncaster handicap with consummate ease. Upped 7lbs for that victory on Town Moor, Laasudood will need to improve again, but he shaped like he could be on the road to be rated in the 100s, and he can sparkle at Newmarket on Saturday and land this prize around the 3/1 mark.

Won by the top class juvenile Native Trail last season, the Superlative Stakes can often throw up a future 2000 Guineas contender and the 2022 renewal looks no different with a small, but select field going to post. Mark Johnston's Lion Of War has recorded a brace of impressive wins so far during his fledgling career and having won at Leicester on debut he then went on to claim a fine win at Newcastle. Installed as a 33/1 shot for the Guineas next season, the son of Roaring Lion has to be a leading player here.

However, the Charlie Appleby team can strike gold again in this event as they unleash the hugely exciting VICTORY DANCE, who has only been seen once on the track, but his debut success saw him enter into the 2000 Guineas betting at 33/1. The expensive foal (700,000gns) was sent off an odds-on favourite on debut at Newmarket a few weeks ago and the Dubawi colt managed to narrowly get his head in front, and he's sure to improve significantly for that experience. Returning to the same track on Saturday, Victory Dance is unlikely to be as green in this contest, and if he can show his qualities then he can prove to be good for his rivals.

#AD New 18+ UK customers only. Register using the promo code WELCOME40, deposit and place first bet of £10+ on Sports (cumulative Evens+) within 7 days of registration. First bet must be on Sports. £30 in Free Bets and £10 in Free Spins (50x20p) credited within 10 hours of bet settlement. Free Bet stakes are not included in any returns. Bonuses have a 7-day expiry. Payment restrictions apply. SMS verification and/or Proof of I.D and address may be required. Full T&Cs apply.

Arguably the toughest betting race on the entire card is the Bunbury Cup, which takes place at 15:50 and the market is headed by Montassib, who lost his unbeaten run at Royal Ascot. Having found slight traffic problems the William Haggas-trained raider managed to finish fifth in the Buckingham Palace Stakes and he will run off the same mark of 97 today and looks a major player.

John & Thady Gosden will saddle a huge contender in the shape of SAMBURU, who was another seen at Royal Ascot, and the Kingman colt was seen finishing sixth in the Group 3 Jersey Stakes. Another that went to the Royal meeting unbeaten, Samburu was a little keen through the early stages of the race and was just unable to see out his race in that event. So, if he can relax a bit more in this event, and with the drop back to handicap company sure to aid his chances then the Gosden team can claim victory in what is a thrilling contest.

Impressive Commonwealth Cup winner Perfect Power will bid for more Group 1 success on Saturday when he lines up in the July Cup, and the three-year-old dominates the betting as he looks to down his older rivals in a vintage renewal of the showpiece event of the card. Travelling smoothly at Royal Ascot, Richard Fahey's charge produced a stunning burst of pace to get the better of Flaming Rib, who also lines up in this event, and the pair have to be huge players for this prize, with Perfect Power likely to prevai.

But, with a hugely competitive field going to the 6f start then there could be some each-way value and the standout selection is TWILIGHT JET, who is available at 25/1, at the time of writing, and while he was a distant last in the Commonwealth Cup, he had previously shown some notable form and he could well make the frame. A winner of the Group 3 Cornwallis Stakes at Newmarket at the back end of last season, the son of Twilight Son booked his place at Ascot with a taking Group 3 win at Naas, and while he needs to improve on that effort he's certainly better than his Commonwealth Cup showing, and he's worth taking a chance on.