Oisin Murphy: Kameko can be a 'leading light' this year 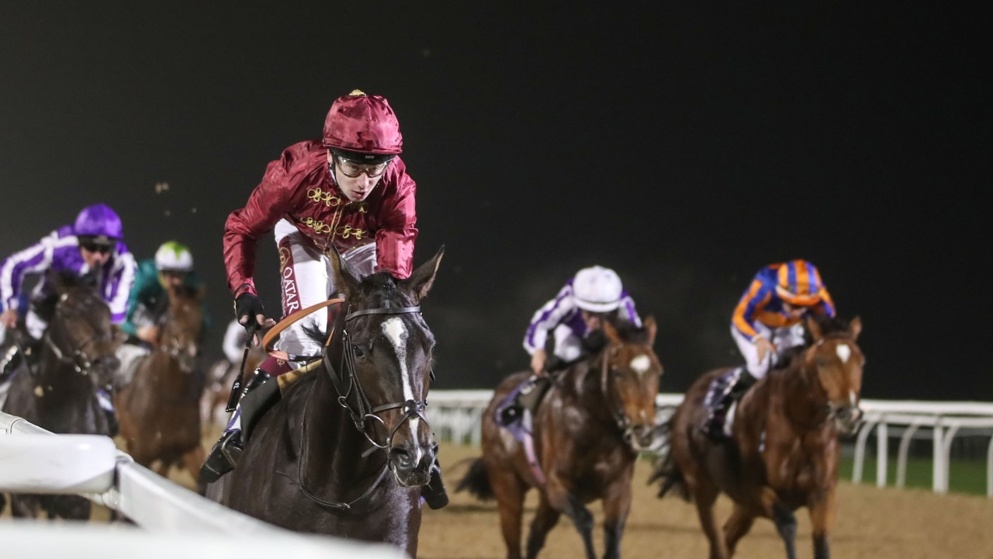 Oisin Murphy is confident that last year's Futurity Trophy winner Kameko will be a 'leading light' in the top three-year-old races this season, as the industry steadily builds towards a return to action.

The three-year-old completed his impressive juvenile campaign with a clear-cut victory in the rearranged Futurity Trophy at Newcastle last November, defeating a battalion of Aidan O'Brien-trained runners to record a three and a quarter length success.

And the champion jockey revealed that the Andrew Balding team has already been putting plenty of work into him during the lockdown. He said: “He’s very Kitten’s Joy in the fact he always looks fat, he gallops very well, and has got loads of pace.

"He’s a pony to be around, really good tempered, but it’s hard to get a feel off him at home, because he doesn’t grab hold of the bit and travel like he’s always taking you along - he’s so relaxed.

“So we’ve been having to step up the work all along, even with the lockdown, because he’s a bit lazy. He improved from run to run last year, and if he’s as good as he was in November and he’s improved a fraction more to boot, then I think he’s going to be a leading light this year.”

The current favourite for the 2000 Guineas is Pinatubo, who enjoyed a sublime juvenile campaign last year, winning each of his six starts and being crowned as champion two-year-old.

And while Murphy was impressed with what he saw last year, he suggested that it's worth waiting until we start to see the three-year-olds reappear on the racecourse before coming to any conclusions about the classic generation - something shown by the fact that last year's champion two-year-old Too Darn Hot took a while to get going at three.

He said: “Pinatubo is obviously by Shamradal, and Too Darn Hot was by Dubawi, but they’re quite similar in terms of stature and pace and the way they go through their race. Too Darn Hot was a champion two-year-old, as was Pinatubo, so I’d like to see Pinatubo come out physically at three, and assess him then.

“He was outstanding last year. His turn of foot, his temperament, everything about him. You couldn’t fault him last year, but they have to do it at three as well."

Murphy was in conversation with the HorseRacing at Home Podcast, and he picked out a trio of three-year-olds that he was looking forward to this season, including a Qatar Racing colt at the John Gosden yard;

“He’s not super under the radar because he won first time out, but (I'm looking forward to) a horse called Enemy. He’s by Muhaarar, and won at Ascot over seven. I really, really like him.

"I sat on him last week - nothing serious, just a nice piece of work, but I think he’s very nice. He may end up in the 2000 Guineas (alongside Kameko), and I imagine he’s a huge price. He’s going to be a bit lacking on experience, but he could make his mark at a high level later in the year when he has a bit more experience under his belt. He seems to go very well, so touch wood he stays sound, happy and healthy.”

Meanwhile, he added that two horses from Saeed bin Suroor's yard had also caught his eye. He said: “Just away from the Qatar horses, Military March is a beauty. He did very well to win that Group 3 as a two-year-old, and he's massive, a typical Raven’s Pass in that he's very strong physically.

"I also like White Moonlight, who is two-from-two. She only scraped home first time out at Kempton, but she didn’t have a clue what she was doing and then she subsequently bolted up under a penalty at Newmarket. I really asked her that day, and I loved the feel I got. She won’t come out until midway through the season I don’t think, but physically she’s by Medaglia d’Oro, she’s massive. You wouldn’t be disappointed to give her as much time as she needs."

Oisin was speaking to the latest episode of the HorseRacing at Home Podcast, which you can listen to below.