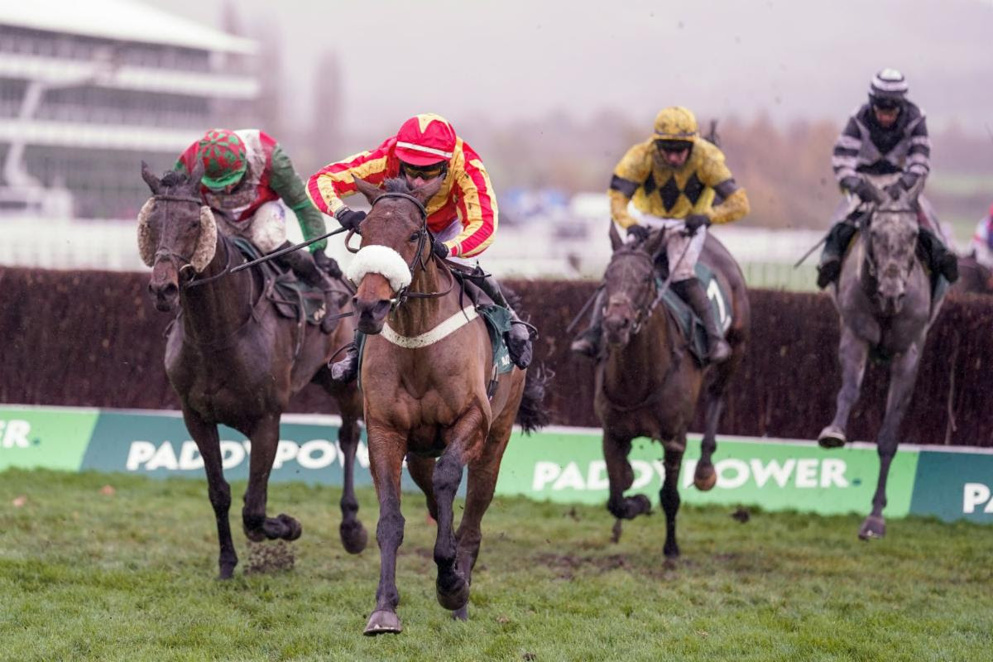 All eyes head to Cheltenham racecourse this weekend, as they host their fabulous three-day November meeting, and the feature race of the mini-festival is the Paddy Power Gold Cup, which has attracted a stellar list of 24 entries...

Run over 2m 4f 44y, the Paddy Power Gold Cup has been won by some hugely talented chasers down the years, with some of those winners going on to compete for some of the premier races at the Cheltenham Festival later that season. The likes of Exotic Dancer (2006), subsequent Cheltenham Gold Cup winner Imperial Commander (2008) and more recently Taquin Du Seuil (2016) have been victorious in this event before going on to bigger and better things.

Prominent in the betting going into the 2021 renewal is the Dan Skelton-trained Protektorat (11/2), who ended last season with a fine Grade 1 win in the Manifesto Novices' Chase at Aintree's Grand National meeting, and is currently a 25/1 shot for the Ryanair Chase, whilst a 50/1 outsider for the Cheltenham Gold Cup.

Paul Nicholls has trained the winner of this race twice with Al Ferof (2012) and Caid Du Berlais (2014) and the Ditcheat handler could be doubly represented by the attractively handicapped Lalor (7/1), while the former Cheltenham Festival winner Simply The Betts adds more depth to the Nicholls team, and is a 14/1 chance.

Former Betfair Hurdle winner Al Dancer (8/1) has switched from the yard of Nigel Twiston-Davies to that of Sam Thomas, and the classy grey is another eye-catching entry here, while other notable figures towards the head of the betting include last year's fine winner Coole Cody (14/1) and the former Dipper Novices' Chase hero Midnight Shadow (12/1), who could line up for Sue Smith.

Nicky Henderson last trained the winner of this event back in 2003 when Fondmort was victorious, but the master of Seven Barrows will unleash Caribean Boy, who was last seen pulling up in the Topham Handicap Chase at Aintree back in April, but he's an 11/1 chance to bounce back here.

Some eye-catching contenders further down the list of runners include the Alan King-trained Deyrann De Carjac, who was tipped up by our columnist Ed Quigley last week, and he is of notable interest around the 25/1 mark, while the Nick Williams-trained Galahad Quest is worthy of a second look in the lower echelons of the handicap in what is set to be an enthralling renewal.

The likes of 11-year-old Aso, who still looks to fight it out at the top table, and Joseph O'Brien's top-weighted Assemble will have their work cut out, but there's one thing for sure, this contest is sure to light up Prestbury Park on Saturday afternoon, and could we have a winner that uses this event as a springboard to festival glory in March.