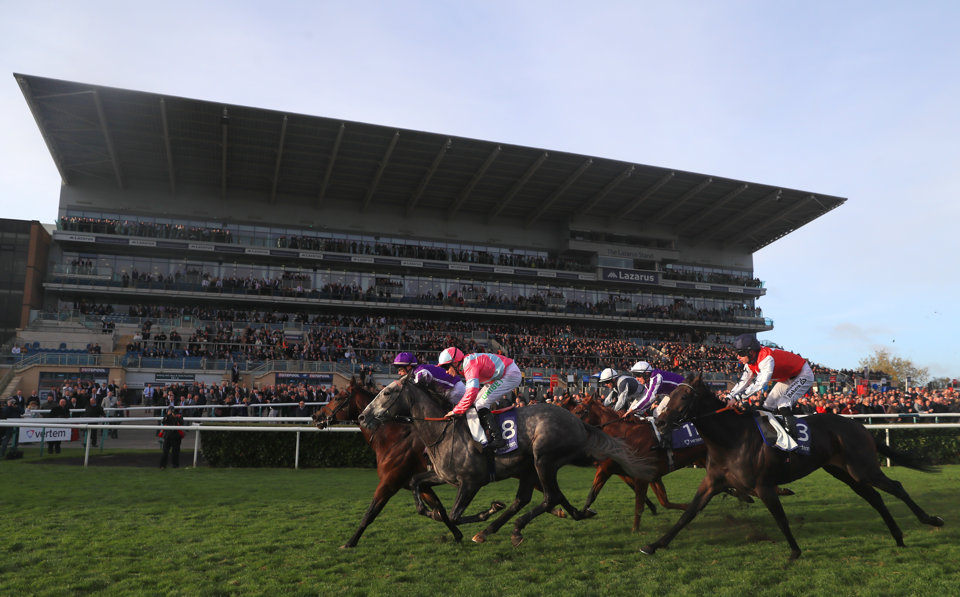 Thursday's Park Hill Stakes is one of the feature races.

Some exciting stayers will line up for the Group 2 Park Hill Stakes on Thursday and our in-house tipster Steve Chambers previews the fillies and mares staying event here and picks out his best bet for the race...

Roger Varian will bid for his first victory in the Park Hill Stakes on day two of the St Leger Festival and he will unleash a strong, dual-pronged attack at the 1m 6f 115y contest, with the spearhead of the Varian duo being the red-hot 7/4 favourite ESHAADA, who looks the one to beat.  A spectacular winner of the Fillies' & Mares' Group 1 contest on British Champions Day at Ascot at the end of last season, Eshadaa has failed to get her head in front again since that success and was a disappointing fifth on her first start of the year at Newbury back in May.

Fifth of six that day, she showed an improved level of form when finishing third in the Group 2 Lancashire Oaks at Haydock Park, where she chased home Free Wind and Sea La Rosa and a repeat of that effort in this event should see her be very tough to beat. She will step beyond a mile-and-a-half for the first time in her career on Thursday, but she was staying on well in the aforementioned Lancashire Oaks over 12 furlongs, so the extra few furlongs shouldn't pose a huge threat and she looks the one to back here.

Believe In Love will be the second shot fired from the Varian gun and that raider is an 11/2 chance to claim glory, and she showed at York earlier in the season when winning a Group 3 event that she has the ability to strike in Pattern company, but this is much tougher. She locked horns with her stablemate Eshadaa in the Lancashire Oaks last time out and was over two lengths behind her in fourth, so it's going to be tough for her to reverse that form on day two of the St Leger festival.

Ralph Beckett trained the likes of Simple Verse (2016) and Alyssa (2017) to victory in this race 12 months ago and he will saddle the 100/30 second favourite Yesyes, who is lining up in this event for the second year in a row and she will be attempting to build on a third placed finish last season. Well beaten by Free Wind in the 2021 renewal, the four-year-old was last seen finishing fourth in the Lillie Langtry Stakes at Glorious Goodwood. Not beaten far that day, she is sure to improve for the outing, as that was her seasonal reappearance, but she could just lack the quality Eshaada as at her disposal, so the Beckett charge will fail to hand his trainer another win in the race.

Beckett will saddle two in the event and while Yesyes is the most likely winner of his pair the in-form River Of Stars will be one of two three-year-olds lining up and heads to Doncaster in fine fettle after wins at Lingfield at Chester, but this is a notable step up in grade and at 16/1 is best watched.

Hughie Morrison's seven-year-old Urban Artist finished a superb second in the aforementioned Lillie Langtry Stakes, so will be looking to frank the form with Yesyes here, and at 15/2 with the bookmakers could be one of the more solid each-way bets in the race. But she finished behind Beckett's charge in this race 12 months ago, as she finished sixth, so she will be hoping to improve on that effort here, and it's nearly been two years since she got her head in front.

Of the others, Mimikyu will represent the John & Thady Gosden and is the other three-year-old lining up that will receive weight, but she disappointed last time out in Listed company at York, so could struggle here at 20/1, while both Glenartney (14/1) and Nell Quickly (33/1) could face an uphill battle in race that can go the way of the market leader.