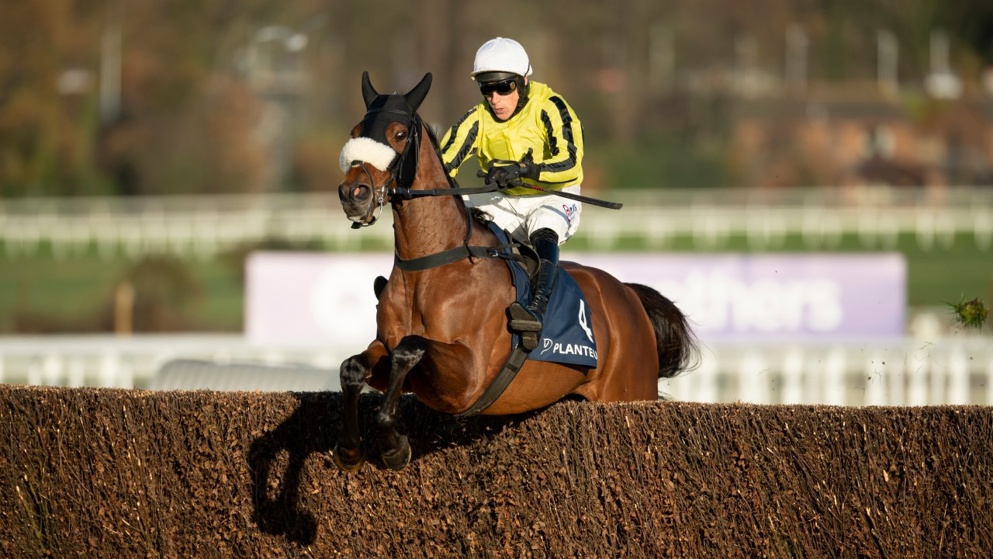 Peterborough Chase Tips: Allmankind is the one to beat at Huntingdon

There's Grade 2 action at Huntingdon racecourse on Sunday afternoon, and a decent field has been assembled for the Peterborough Chase, which could provide some notable Ryanair Chase clues...

A Grade 1-winning juvenile hurdler, ALLMANKIND has blossomed over fences during the last two seasons, and he will head to Huntingdon as the one to beat in the 2021 Peterborough Chase. Starting this campaign with a spin over hurdles, Dan Skelton's five-year-old used that as an excellent stepping stone to recording victory in the Grade 2 Old Roan Chase at Aintree back in October. A length winner over Itchy Feet that day, when giving significant weight away to his rivals, the form has been significantly franked over the last few weeks.

Placed behind him that day were the subsequent Paddy Power Gold Cup hero Midnight Shadow, while Fanion D'Estruval cruised to a handicap chase success at Newbury last week to enhance the form further. Yes, you can argue they have both landed handicaps and this is a Graded contest, but Allmankind comfortably dispatched of them at Aintree, so has shaped as every bit a Graded chaser. With five wins from his six career starts over fences, Allmankind is a real flourishing chaser and with the trip of 2m 4f to prove ideal he could potentially enhance his claims for the Ryanair Chase in March - a race he's currently 20/1 for.

Colin Tizzard's yard have been in fabulous form this season and one of the shining lights is the classy grey Eldorado Allen, who is a lively contender here. Last seen beating the Paul Nicholls-trained Greaneteen and Hitman in the Haldon Gold Cup at Exeter, Eldorado Allen will look to kick on from that success. But, while he adds significant depth to the race he was well beaten by Allmankind when they did battle in the Grade 1 Henry VIII Novices' Chase at Sandown last year, so it's hard to see him reversing that 15-length beating here.

Paul Nicholls last trained the winner back in 2004, when Le Roi Miguel bounded to victory, and the Ditcheat handler will saddle Master Tommytucker, who was last seen finishing a decent second behind Lostintranslation in the Chanelle Pharma 1965 Chase at Ascot. Four wins from 12 chase starts may not give too much confidence for punters, but he showed when winning the Grade 2 Silvinaco Conti Chase at Kempton that on his day he is a class act. He appears to have ironed out his jumping frailties of late, which is a huge bonus, and if he can put in another clear round here then he has to enter calculations.

Venetia Williams and Charlie Deutsch teamed up to land Ladbrokes Trophy glory last weekend with Cloudy Glen and they join allegiances again in the Peterborough Chase with the ultra-consistent Funambule Sivola. Last seen chasing home Shishkin in the Maghull Novices' Chase at Aintree, the six-year-old will make his seasonal reappearance on Sunday, so may just find it tough against some race-fit rivals. Prior to that Aintree run, he had won well at Chepstow and Ascot, but this could just be a little bit above him on his first start.

Completing the six-strong field is the Kim Bailey-trained First Flow, who was destined for great things when landing victory in the Grade 1 Clarence House Chase at Ascot, but has failed to reach those heights since, and was last seen finishing last of six in the Champion Chase at the Punchestown Festival. He's another having his first run of the season, so is worth watching.

Warren Greatrex's ten-year-old Keeper Hill will be the final runner taking his chance, and he was last seen finishing way down the field in the Pertemps Final, and this looks a bit above his capabilities, so is worth ignoring in a race that can be dominated by the favourite.