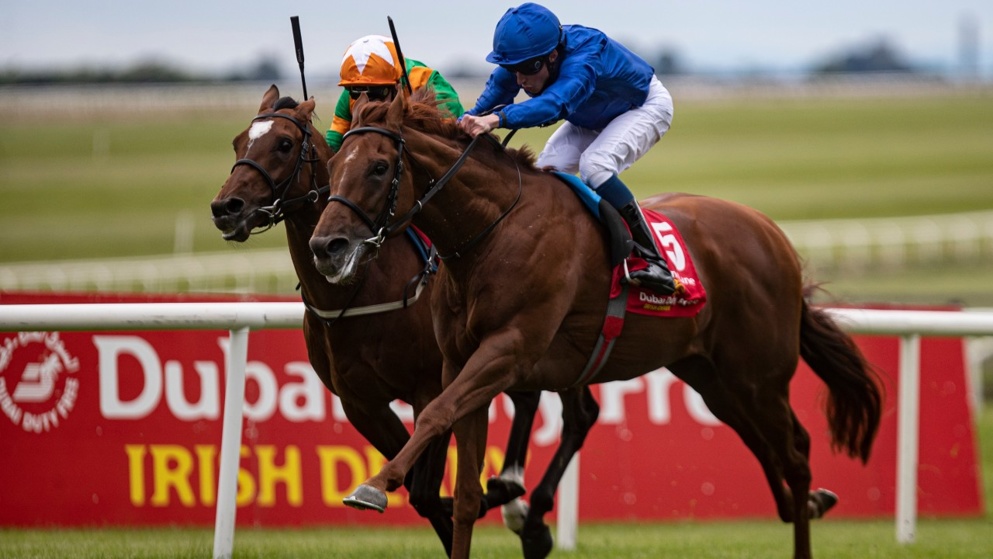 Hurricane Lane is a leading contender in the Arc

Raced only once during his juvenile year, Hurricane Lane was always touted as a star in the making by Godolphin and only enhanced his reputation when beating the then Derby favourite High Definition in the Dante Stakes, his first win in Group company and his third straight success.

He encountered his first loss in the Derby however to stablemate Adayar, though it transpired afterwards that he lost both his front shoes so the seven-and-a-half length loss doesn’t look so bad.

A rapid bounce back to form in the Irish Derby showed and confirmed he oozes class and his sights were then firmly set on further Group 1s. Next up was the Grand Prix de Paris at Longchamp, a race ran over the same course & distance as the Prix de l’Arc de Triomphe, which provided another success - this time by a very easy six-lengths - which soon placed Hurricane Lane near the top of the Arc market.

Showcasing yet more ability and versatility, he then rocked up to the Doncaster to collect the St Leger, and had no concerns sticking out the 1m6f trip to land his third Group 1 and second Classic. A brilliant season by all accounts with only one small blemish on his CV, but that is only small and this proven Group 1 performer looks every bit an Arc winner as the other market principles.

Classy in the classic

Proven Group 1 form: Hurricane Lane’s form speaks for itself. An Irish Derby win over this trip, a Grand Prix de Paris win and a St Leger - he has only failed at this level on one occasion and there’s even excuses for that. But don’t discount that Group 2 Dante win either, it’s very rare a St Leger winner can claim the Arc due to a lack of that much needed speed, but Hurricane Lane is a group winner over 1m2f so should have no problems with the pace.

Weight Advantage: Much like some of his other market principles, Hurricane Lane claims a very helpful 7 lb weight pull from the more senior challengers in the race - such as Tarnawa. He’s shown he’s got the class and ability, so the 7lb is a pretty cheeky claim.

Course & Distance winner: The Grand Prix de Paris is ran over the same course & distance as the Arc, meaning Hurricane Lane already knows what it takes to win a Group 1 here. The only other three in the field to boast this are the favourite Tarnawa, Teona and the rank outsider Bubble Gift - though the latter only at Group 2 level.

Loss in the Derby: The only number on his form line that isn’t a 1. Although he lost his shoes, he was well beaten by his stablemate Adayar who looked to have a fair measure on Hurricane Lane. Adayar has since backed that performance up with a King George win, and although Hurricane Lane himself has won three impressive races, there is no guarantee he has improved enough to beat Adayar.

How will Hurricane Lane fare in the Prix de l’Arc de Triomphe?

It’s hard to suggest Hurricane Lane won’t be in the frame for Sunday’s Arc, having shown all the class and ability needed to bag this event. If you can look past the run in The Derby - his only career loss - he has some of the strongest form on offer and with the Course & Distance success under his belt, he’s likely to be well supported at Longchamp. Is the Arc Godolphin’s to lose? Well with both Adayar and Hurricane Lane at their disposal, it’s hard to to look past the boys in blue.