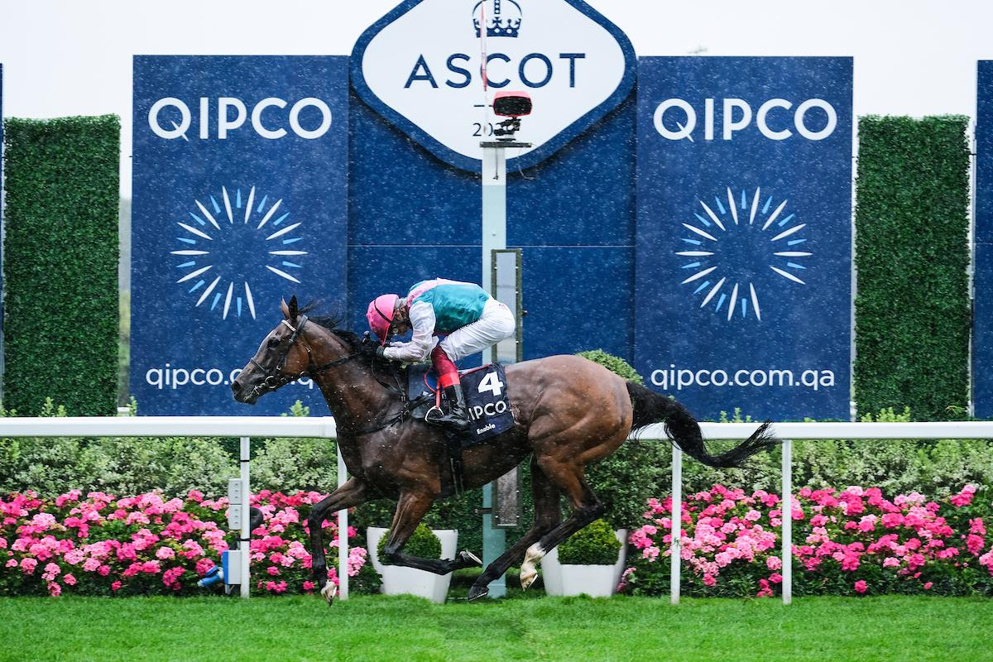 Enable has already sealed one piece of history, by winning the King George for a record third time at Ascot in July.

Nick Seddon profiles Enable, who is aiming to win the Prix de l'Arc de Triomphe for a record third time...

Enable's profile writes itself, and she's won practically every prize there is to win over middle distances, racking up 11 top level wins during her career. Of course, Enable wouldn't even be here if Andre Fabre and Waldgeist had read the script at Longchamp 12 months ago, but her narrow defeat in last year's Arc robbed her of creating history, and persuaded her connections to keep her in training as a six-year-old.

The Arc has been Enable's sole aim this campaign as a consequence, but she has enjoyed a productive campaign in the run-up to Paris, which began with a solid effort to finish second behind Ghaiyyath on reappearance in the Coral-Eclipse at Sandown in July. That rival has remained at a mile and a quarter, and in his absence, Enable created history later that month in the King George VI and Queen Elizabeth Stakes at Ascot - defeating two rivals to become the first three-time winner of the race.

Enable has since warmed up for this with a bloodless success in the Group 3 September Stakes at Kempton, a race she won on route to winning the 2018 renewal of the Arc. Both John Gosden and Frankie Dettori will be hoping that history can repeat itself, but history is very much against her on this occasion. Indeed, along with aiming to become the first three-time winner of the Arc, she'd also become the first six-year-old to win this - all while conceding 7 lb to the potentially top-class filly Love. What's more, she will have to do so on what's currently being described as 'very soft' ground with more rain forecast - meaning it will likely be similar conditions to those she came unstuck in 12 months ago.

Proven in Paris: Enable arrives here as a two-time Arc winner, and while one of those victories came at Chantilly during Longchamp's renovation, she shows that she has all of the tools to be successful in Paris.

Weak division: This year's renewal of the Arc doesn't look the strongest, and while there were 22 left in the race on Monday, there are several key figures from this division that won't be taking their chance. Indeed, we're without the likes of Ghiayyath, Magical, Mishriff and Pyledriver, and there's a distinct feeling that the Arc is without some of its usual depth as a consequence. Enable is a commendably consistent type, and she will bring high-class form to the table, which will make her very difficult to beat.

Dettori: This positive is something of a constant, but the fact that Enable's longstanding partner Frankie Dettori will take the ride can only be seen as a positive. Dettori is the man for the big occasion, and while he would almost certainly do things differently if allowed to have another go in last year's Arc, he will be out to prove a point this time around.

Weight: Enable arrives here as a six-year-old mare, meaning she faces the daunting proposition of conceding weight to her younger rivals. One of those is of course Love, to whom she will have to concede 7 lb if she is to create history. The pair are closely matched on the form they've shown this year, which means that Enable could well need a career best effort to come out on top.

Ground: The weather in Paris over the past few days can only be described as 'autumnal', and sustained rainfall led to the going being described as 'very soft' on Monday afternoon. The conditions are likely to be similar to last year - if not more testing - and the race could become a serious test of stamina as a consequence.

Tactics: It could be argued that Enable's undoing last year was partly due to the presence of Ghaiyyath, who set a strong pace up front, which perhaps saw the mare hit the front a touch too soon - opening her up to the closers. Indeed, Waldgeist was able to gather her in 12 months ago, and she only just held on from Sea Of Class the year before that. Ghaiyyath won't be lining up this year, but we could yet see the runaway Epsom Derby winner Serpentine (though he needs to be supplemented), and should he adopt similar tactics to those he deployed at Epsom, it could blow the race open tactically - particularly if we end up with heavy ground.

History: As mentioned above, no horse has ever won this race three times, with both Treve and Enable falling short of the accolade in the past decade. Add in the fact that no six-year-old has ever won the Arc (though we have seen one seven-year-old winner, Motrico in 1932), and it becomes clear just how stiff a task Enable will face in Paris.

How will Enable fare in the 2020 Prix de l'Arc de Triomphe?

Enable has been an excellent servant to her connections, and she will retire with a glittering CV whatever the outcome on Sunday. She has enjoyed another excellent campaign, but there can be no doubts that history is against her, and she will have to complete a number of firsts if she is to win this. Conceding 7 lb to the potentially top-class filly Love feels like a big ask, particularly if we end up with heavy ground, and there's a lingering feeling that the ship could well have sailed 12 months ago - when Waldgeist spoiled the party.