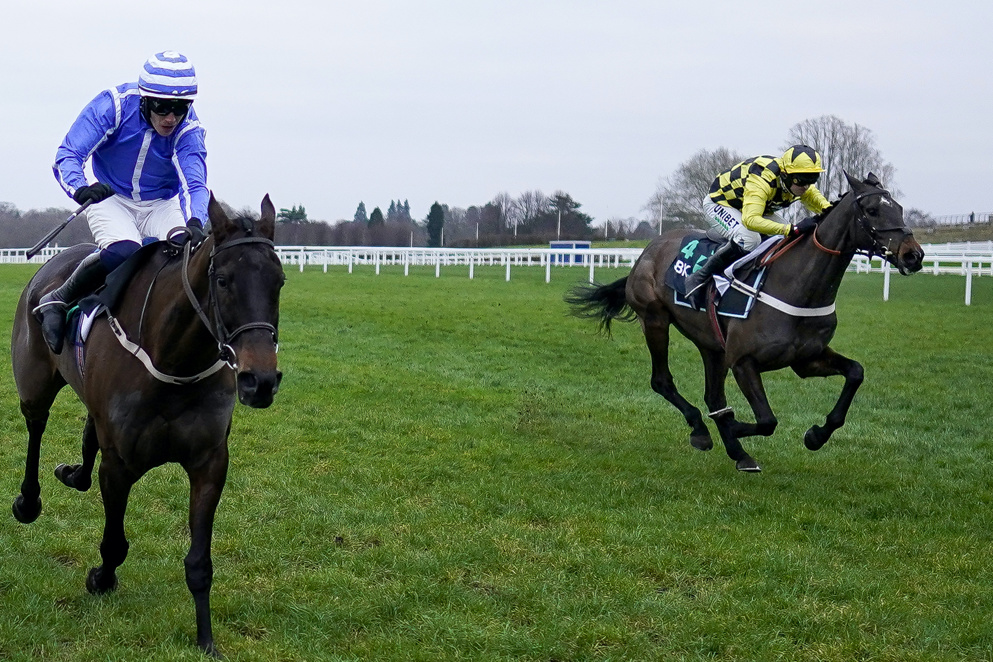 Energumene was last seen bounding to victory in the Champion Chase at the Cheltenham Festival.

Having lost his unbeaten chasing tag in the Clarence House Chase at Ascot, when beaten by Shishkin earlier in the season, Energumene was set for another epic duel with Nicky Henderson's superstar, but the Seven Barrows hotpot was pulled up in the early stages of their Cheltenham clash, and the door was left wide open for Energumene to strut his stuff.

Held off the pace by Paul Townend, as different tactics were applied, the Irish raider duly breezed to the front in the closing stages of the race and he went to saunter over eight lengths clear of Funambule Sivola to etch his name alongsides some of the finest two-mile chasers in history. Now bidding for his first win in this contest, the eight-year-old will face some notable rivals in an intriguing renewal.

The Mullins team have won the last three renewals of this contest and last year's champion Chacun Pour Soi will look to retain his crown and will add more firepower to the Closutton charge. Emphatically beating stablemate Allaho in the 2021 renewal, Chacun Pour Soi showed that on his day on Irish soil he is absolutely electric, but he heads to Punchestown on the back of a fall in the Queen Mother Champion Chase, so he's on the comeback mission.

However, he has always shown his best form at home, so while he's likely to be the second string for the Mullins team here, he can't be discounted in a race he performed impressively in last season.

Imperious Ryanair Chase winner Allaho has been entered for the race, and will be a huge player if lining up, but he's expected to feature in the Punchestown Gold Cup the following day.

Henry De Bromhead trained Sizing Europe to two memorable victories in this event back in 2012 and 2014 and the Cheltenham Gold Cup-winning trainer will look to reign once again and saddles Envoi Allen, who was last seen finishing third in the Champion Chase at the Cheltenham Festival last month. Sixth in the John Durkan at Punchestown earlier in the season, he was then victorious in a Grade 1 contest at Leopardstown, but was no match for Energumene at Cheltenham, so he will have work to do to turn the form around here. Captain Guinness, who was last seen finishing sixth in the Melling Chase at Aintree, will add more depth to the De Bromhead charge.

The hugely impressive winner of that Melling Chase was the Joseph O'Brien-trained Fakir D'Oudairies, and the JP McManus-owned star is an eye-catching entry for this contest, as he could drop down in trip to contest the Grade 1 event. He's not been seen over two miles since he was second in the Poplar Square Chase at Naas back in November 2020, but if he does line up, he will take his chance when he's on top form.

Gordon Elliott is yet to train the winner of this event, but he will be looking to break his duck with Andy Dufresne, who was last seen finishing second in the Grand Annual at Cheltenham in March, but stepping out of the handicap sphere will be a tough challenge for the Cullentra House inmate.