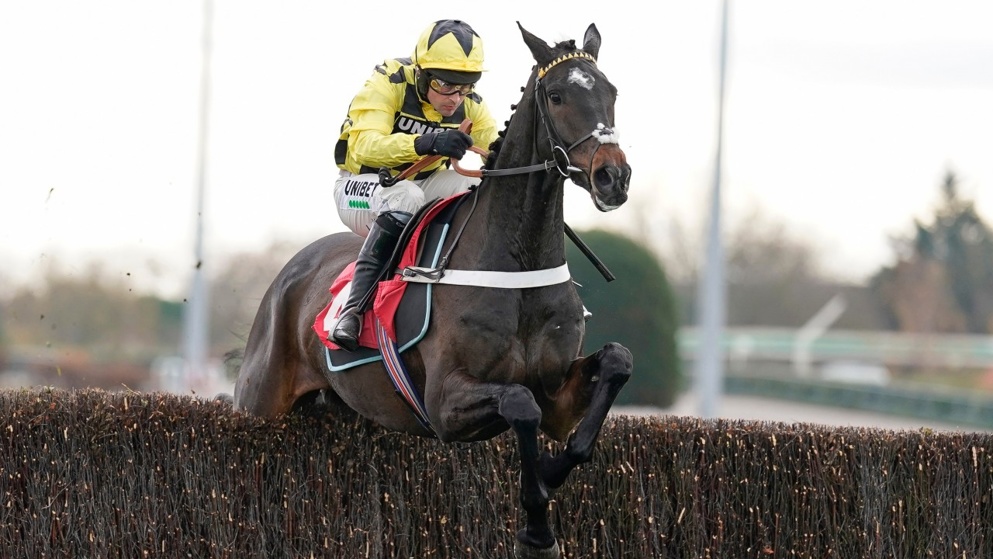 Nicky Henderson's Shishkin and the Willie Mullins-trained Energumene are the two standout horses in a 22-strong entry list for the 2022 Queen Mother Champion Chase, which takes place on Wednesday 16th March, 2022...

Shishkin is all set to bid for a third Cheltenham Festival success on the bounce in the spring, as he features among 22 horses entered for the Champion Chase, which is the feature race on day two of the Cheltenham Festival. A gutsy winner of the 2020 Supreme Novices' Hurdle, the Seven Barrows raider was then a dominant 12-length winner of the Arkle Challenge Trophy at the 2021 festival, and he's now set to try and claim Championship success at the 2022 festival, and he's a warm order in the betting to reign once again.

Producing a faultless return to the track when winning the Desert Orchid Chase at Kempton over the festive period, Shishkin showed that he still possesses the class that has seen him remain unbeaten over fences, and he's sure to be the one to beat in the hugely exciting two-mile division. However, the Willie Mullins team have entered their own superstar in the shape of Energumene, who has been equally as impressive over fences, but will now look to show his class at Prestbury Park in a couple of months.

A multiple Graded winner over fences, Energumene is set to head to Ascot in a few weeks for the Clarence House Chase, where he could bump into Shishkin, who has been pencilled in as a potential challenger for that Grade 1 prize. But, if the pair don't clash then they should lock horns in the Champion Chase, which should be a real humdinger. 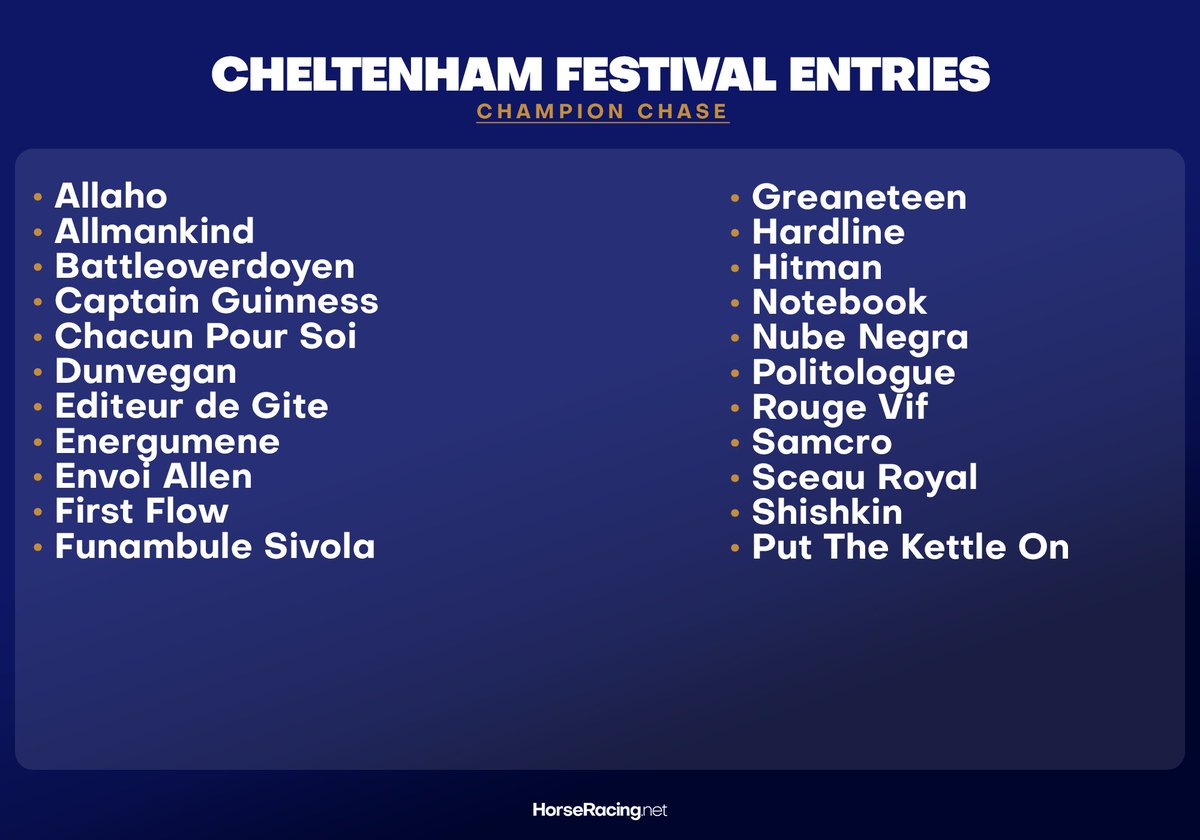 And there's 22 in the Champion Chase!

All the big names expected are in, is your antepost fancy there? 👑

Dominant at the head of the betting, Shishkin and Energumene are sure to face some stiff opposition, and the latter is set to accompany stablemate Chacun Pour Soi, who failed to fire when well fancied for last year's race, and he will be another leading contender for the Mullins stable.

Henry De Bromhead's Put The Kettle On features among the list of horses entered, but she has really struggled to produce the goods this season on the big stage, so will be hoping a return to Prestbury Park can bring about a turn of fortunes for here, while last year's runner Nube Negra will look to go one better for Dan Skelton.

Paul Nicholls has a fine record in this race and he has entered 2019 champion Politologue, who is sure to be one of the popular contenders among punters, while impressive Tingle Creek Chase hero Greaneteen and the fast improving Hitman will add more depth to the Ditcheat challenge.

Others worthy of a mention include the classy Irish duo of Envoi Allen and Allaho, but that pair could have their sights set elsewhere, with the latter more likely to try and retain his Ryanair Chase crown, while Captain Guinness and First Flow are another brace of classy performers entered.