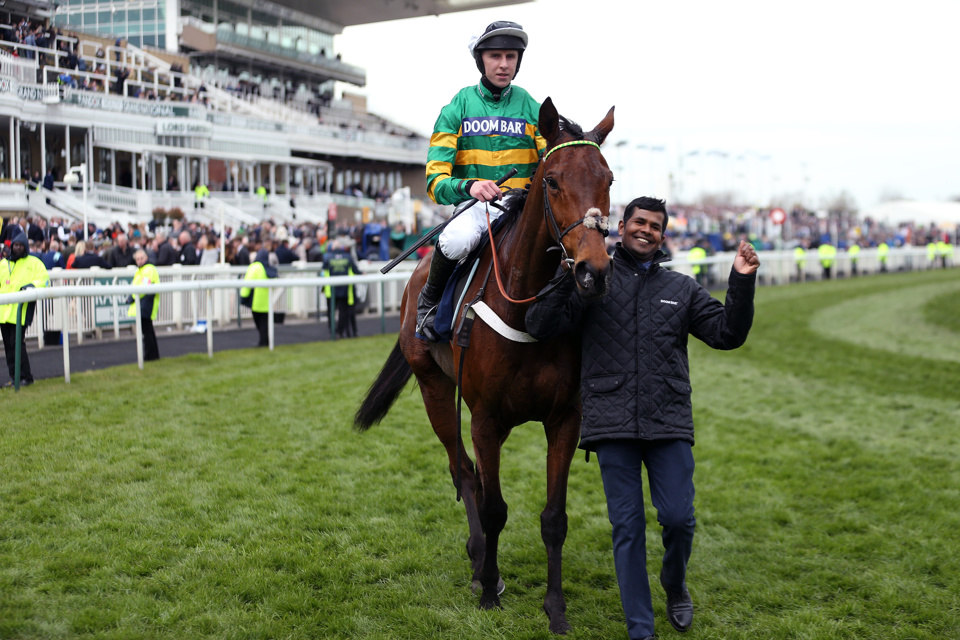 Champ looks to have leading claims in Wednesday's RSA Chase.

Having picked out a 15/2 winner on the first day of the Cheltenham Festival, Nick Seddon returns to give his views on Day Two of the meeting, which is headlined by the Champion Chase…

Envoi Allen has been a commanding favourite for this for some time now, and now that his connections have confirmed him for this having almost opted to go for the Supreme Novices’ Hurdle at the eleventh hour, he will take all of the beating. A winner of the Champion Bumper here last season, he’s passed each of his seven assignments with flying colours so far, and he’s impossible to oppose with form lines that are far superior to his rivals. That isn’t to say there aren’t dangers, however, and the unbeaten pair of Sporting John and The Big Breakway will provide a stern test now stepped up to Grade 1 level, but this is a fair old rise in class, and in Envoi Allen they will face a different level of rival.

It’s very difficult to look past the talented but mildly mercurial Champ, who’s shown plenty of ability in his three starts over fences so far. Admittedly, the heavy fall he took late on in the Dipper Novices’ Chase here in January is something of a concern, but he was travelling all over his rivals that day, and he’s been given plenty of time to recover since. A dual Grade 1 winner as a novice hurdler last season, he’s brimming with talent and rates as by far the strongest long-term prospect in this field, for all that he isn't always the most straightforward. Copperhead was an impressive winner of the Grade 2 Reynoldstown Novices’ Chase at Ascot last month - a race which regularly produces a smart type - and is respected, particularly if this becomes a war of attrition, while his stablemate Slate House can’t be discounted either now returned to novice company.

A fiendishly difficult puzzle to solve, something highlighted by the fact that last year’s winner returned home at 28/1. Plenty make appeal in this, though it could be worth siding with the lightly-raced Birchdale. He looked an excellent prospect when winning as a novice on Trials Day here in 2019, and although things haven’t exactly gone to plan in two starts since, it’s interesting that he’s switched back to hurdles after a lacklustre chasing debut at Ascot in November. Indeed, his mark of 146 looks a particularly fair one, and bearing in mind that Nicky Henderson has made a commanding start to the week, he’s worth siding with to hit the frame at a double-figure price. The dangers are numerous, however, and each of Stratum, Eglantine Du Seuil and Dame De Compagnie deserve a second look.

Although the absence of Altior makes this all the poorer as a spectacle, it will still be a thrilling renewal, and the betting seems to suggest that it will boil down to a match race between Defi Du Seuil and Chacun Pour Soi. While that could well be the case, it is possible to make a plausible case against the claims of both, and bearing in mind that neither are that much bigger than even money, the price available about the Paul Nicholls-trained Dynamite Dollars is just too tempting to ignore. Nicholls has been adamant in the run-up that his two chances (also sends last year’s runner-up Politologue) have been unfairly overlooked in the market, and the 16/1 about Dynamite Dollars feels particularly generous. There was plenty to like about his fine effort to finish third behind Altior in last month’s Game Spirit Chase at Newbury, which was his first start for over a year, and his first outside of novice company. Nicholls has reported that he’s come out of that start bouncing, and bearing in mind that he’s likely to have the run of things in front, he’s worth siding with at a big price in the hope that there’s still more to come from him on just his seventh outing over fences.

It’s impossible to oppose Tiger Roll, who is aiming for a hat-trick of wins in this race, and a brilliant fifth career victory at the Cheltenham Festival in total. All roads of course lead to Aintree with him, though there was plenty to like about his effort in the Boyne Hurdle last month, when travelling well before just running out of steam late on. It’s likely that Elliott will leave some improvement in the engine with him between now and next month's assignment on Merseyside, but he’s rated well over a stone clear of the field on official ratings, and should prove far too strong lining up off level weights here. The French raider Easysland impressed when winning here in December and is no forlorn hope now in the colours of J.P. McManus, while it would be no surprise to see the Cheltenham regular Kingswell Theatre run well at a huge price.

Another painstakingly difficult puzzle for punters to solve, and any number of the 22-runner field could win this. A tentative vote goes the way of the Nick Williams-trained Galahad Quest, who impressed when winning the Triumph Hurdle trial over course and distance on Trials Day in January. His trainer hinted afterwards that he would be lightly-campaigned for the remainder of the season with a future career as a chaser in mind, but his opening mark of 134 seems to have tempted connections into sending Galahad Quest here, and he looks worthy of some each-way interest at the 25/1 mark. Meanwhile, the J.P. McManus-owned pair of Aramax and Mick Pastor are just two to consider in opposition.

A race that blows hot and cold as far as punters are concerned, but they landed a touch with a certain Envoi Allen in this 12 months ago, and it looks as though another Irish raider could be tough to beat this time around. That runner is the Willie Mullins-trained Appreciate It, who’s admittedly well-found in the market, but he’s done very little wrong in his three starts to date - winning twice - and looked a performer right out of the top drawer when winning a Grade 2 bumper at Leopardstown last month - a race Envoi Allen also won on route to this. It’s possible to make a case for several of those in opposition, and each of Queens Brook, Panic Attack and Israel Champ deserve respect.