Racing Guide: A top day of racing ahead 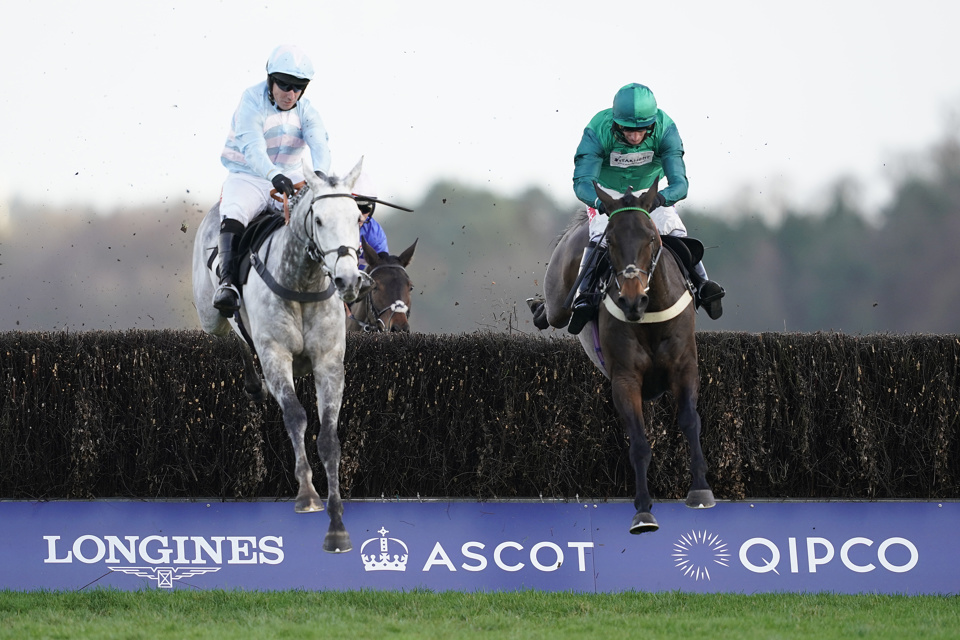 There's a top day ahead, if Dennis can stay at bay.

1. Top Novices' clash at Ascot
Ascot's seven race card gets off to a flyer at 13.15 with an absolute corker of a novice hurdle, a contest which sees hat-trick seekers Master Debonair and Sporting John locks horns. The former is two from two at this track while the latter has won both starts at Exeter. Both look classy and could go on to be a threat in Graded contests at the spring festivals.

2. Emery looking to bounce back
Not seen over hurdles since December 2017, Cilaos Emery is looking for a confidence booster over the smaller obstacles in the 13.44 Gowran Park, aiming to put a recent Leopardstown fall behind him in the Grade 3 Red Mills Trial Hurdle. Previously a Grade 1 scorer over timber, the 158-rated eight year old holds entries at the Cheltenham Festival in both the Queen Mother Champion Chase and Ryanair Chase.

3. Riverting Reynoldstown Chase
The 13.50 Ascot has the look of an unmissable renewal of the Grade 2 Reynoldstown Novices' Chase, a potentially vintage running in which four of the six runners won on their most recent start. Nicky Henderson's Pym has a course and distance success to his name and was highly impressive when getting the job done at Cheltenham on his most recent outing, but the unknown quantity is the horse in the line up who is equally highly rated on official figures, Sam Brown. Anthony Honeyball's fragile but seemingly deeply talented runner remains something of an unknown quantity, having returned from an injury layoff of more than two years with a pair of runaway victories 11 days apart at Lingfield and Haydock in January. Those victories mean he has now triumphed in five of his six career starts, but today is by far his stiffest examination. Win this and it's time to take him very seriously indeed. He's entered in the RSA and National Hunt Chases at the Cheltenham Festival.

4. Gold Cup hopeful at Gowran
The facile winner of the Troytown Chase at Navan when last sighted in November, Chris's Dream was the fancy of many a pundit prior to his late withdrawal before the recent Irish Gold Cup. He instead returns in the 14.54 Gowran Park, dropping down to two and a half miles in the Red Mills Chase in a test likely to determine if he will head to Cheltenham next month, and if so whether his target is likely to be either the Ryanair Chase or the longer Gold Cup.

5. Cyrname back to what he knows best
Sent off the 5/4 favourite but unable to keep tabs on his stablemate Clan Des Obeaux when a well beaten second in the King George VI Chase at Kempton Park last time out, 177-rated Cyrname is back in the 15.35 Ascot, warming up for next month's Ryanair Chase by trying to repeat last year's victory in the Grade 1 Ascot Chase. He has won on his last three starts at this venue, including when seeing off Altior in November.