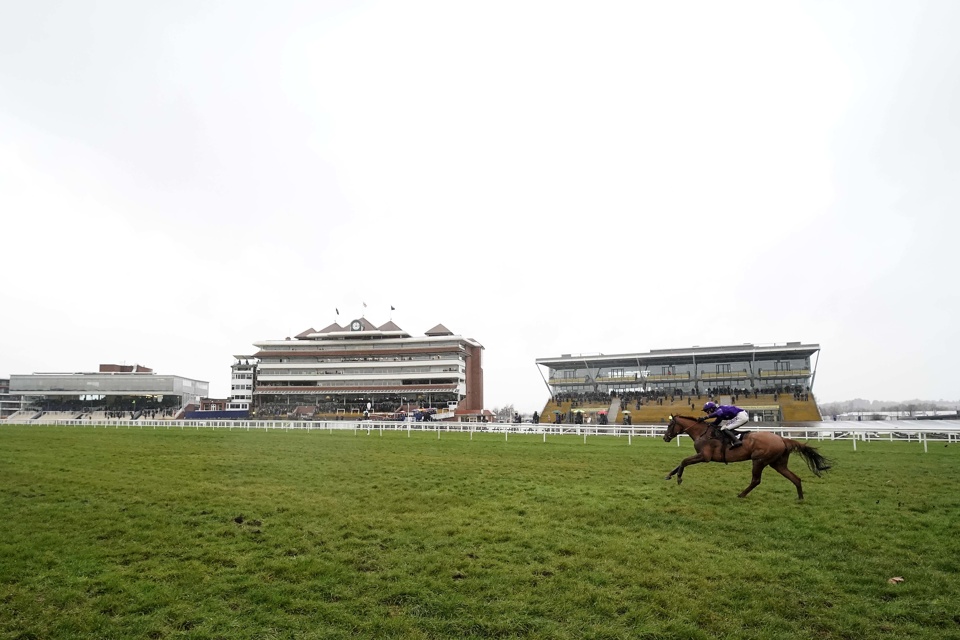 1. Examiner to strike for Greatrex at Doncaster

Recent course and distance scorer Minella Examiner goes in search of the follow up in the 14.00 at Doncaster races. The Warren Greatrex-trained front runner had loads up his sleeve when scoring over three miles at the South Yorkshire track three weeks ago, a success for which the handicapper saw fit to bump him up nine pounds. Danny Cook retains the ride.

Jockeys' title race leader Brian Hughes saw his lead cut to 18 yesterday with the reappearance of rival Richard Johnson, the latter enjoying a double at Musselburgh on his first two mounts for 37 days. Hughes has the chance to respond with five mounts of his own today, arguably the best of which is Goobinator in the 14.35 Doncaster. Already rated 126, the four-year-old won stylishly at Carlisle last time out and looks a big threat in this extended two mile novices' hurdle.

3. Ramonex to strike for Hobson

Not only was he successful with his only runner in the past seven days but trainer Richard Hobson is enjoying an excellent campaign overall, sending out ten winners from 41 runners so far at a meaty 24% strike rate. A faller at the last when returning from an 18-month absence last month, his runner Ramonex catches the eye in the 15.05 Doncaster. The nine-year-old grey ran well for a long way on that occasion, and possibly sharper for the run is now equipped with a first time combo of tongue strap and cheekpieces.

4. Fascinating duel at Doncaster on Friday A repeat forecast?

Molly Ollys Wishes and It's Probably Me finished first and second in a race at Warwick last month, and it'll be interesting to see if the latter can reverse form on this occasion as they clash again in the 16.10 Doncaster. A two and a half length margin separated them last time with the winner conceding 3 lbs. She has to try and give away 10 today.

The 16.45 Doncaster may only have three runners but it's nonetheless got the makings of an intriguing encounter, principally because 148-rated front runner First Flow tries to concede a double penalty to the promising Theatre Legend in this two mile novices' chase. A total of 12 lbs is the concession to a useful horse rated 12 lbs inferior, so technically we could be in for a dead heat!

6. Champion jockey Johnson heads to Newbury for a brace of rides

As mentioned above, champion jockey Richard Johnson eased back into competitive action with a 9/2 Musselburgh double yesterday courtesy of his two rides on the card. He again takes two mounts this afternoon, heading to Newbury races for a pair who both appear to hold valid chances:16.20 - 8 Roccowithlove16.55 - 3 Dorking Cock