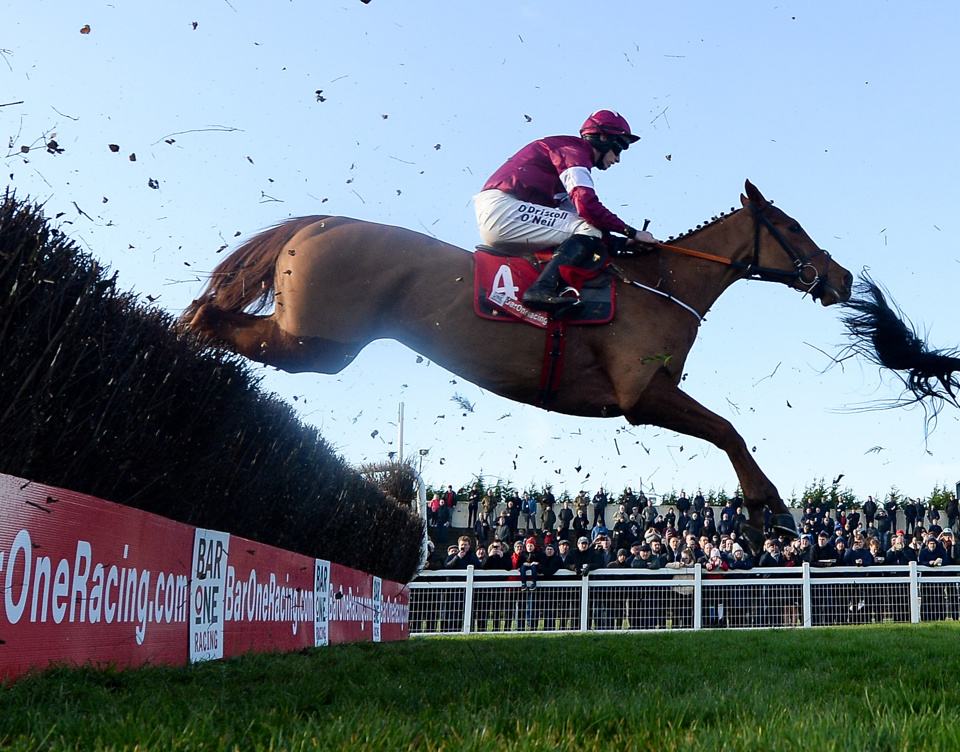 Samcro looks likely to take part in the 2022 Grand National

Once touted as the second coming of Jesus Christ, Samcro has had some fall of grace from his heyday as Ballymore 2018 winner. He is set to try and reignite his racing career with a tilt at the 2022 Randox Grand National. We profile the enigmatic chaser here...

It really wasn't supposed to be like this for Samcro. Once he was the great hope of National Hunt Racing, the apple of Gordon Elliott's eye and destined to win a Gold Cup. Now he is called names by the racing world and has been flagging around trying and failing to find a confidence boosting victory for the last few seasons. He began his career with an eight race winning sequence which shot him to superstardom and mass hysteria. His owner Michael O'Leary was always quick to play down his accomplishments but the public latched onto him and were hopeful we were about to witness a great racing career. He looked imperious in the 2018 Ballymore when cruising to victory and was travelling like the best horse in the race when falling in the 2018 Punchestown Champion Hurdle as a novice.

The anticipation for his next steps kept jump racing fans dreaming through the barren summer months of 2018, but his reappearance in the winter saw him chinned at 4/9 in the Grade Two WKD Hurdle by Bedrock. Not deterred by this run, he was sent by connections over to Newcastle for the 2018 Fighting Fifth Hurdle to take on reigning Champion Hurdler Buveur D'Air. The punters had not given up on him for his rusty reappearance and he was eventually sent off the 6/5 favourite to beat the Champion Hurdler. The market confidence proved misplaced however as he was brushed aside by eight lengths by Nicky Henderson's charge. Back on home soil next time he was once again sent off 6/4 favourite to win the Ryanair Hurdle at Leopardstown. Again he was no match for Sharjah this time and he was then put away for 307 days before his chase debut.

He has never truly hit the heights over fences that he promised in his early days racing, despite a gutsy Marsh Novices' Chase win at the Cheltenham Festival of 2020. The wheels haven't just come off since then, they have come off and rolled a few miles down the road. He looks to have both attitude and ability issues at present and this is surely the last roll of the dice. He does not look the type to take to this sort of attritional test and his jumping is not good enough either. He would be one of the first I would discount when making my Grand National shortlist but good luck if you are of the seriously forgiving nature.