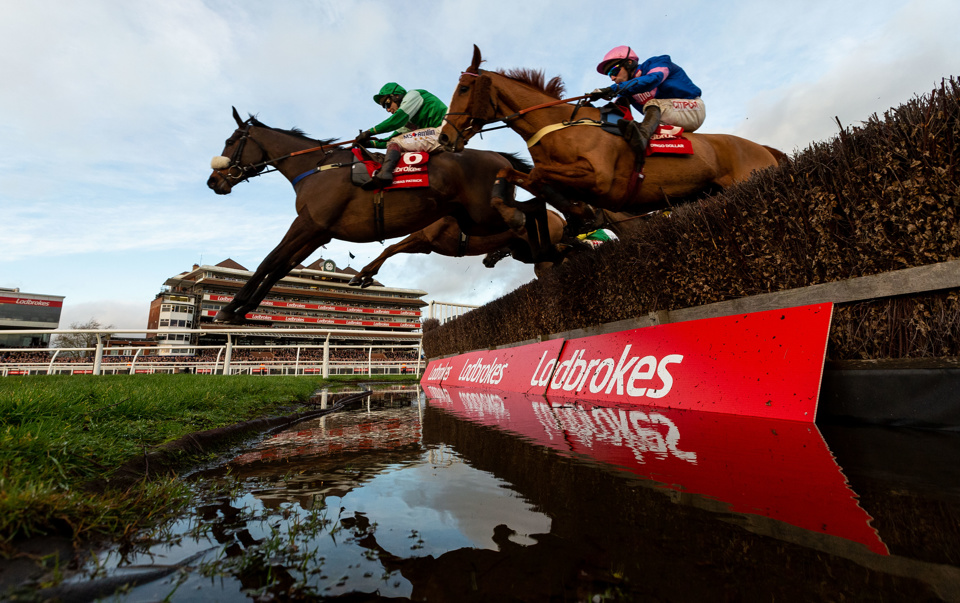 There's a superb seven-race card taking place at Newbury on Saturday, with the Ladbrokes Trophy the showpiece event of the afternoon. We preview all the action here, and pick out our best three bets for what should be a fabulous day's racing at the Berkshire venue...

A fine winner of the 2020 Coral Cup at the Cheltenham Festival, Nicky Henderson's Dame De Compagnie will look to land a notable prize over fences on Saturday and the Seven Barrows inmate will have top weight to defy in a thrilling renewal of the Sir Peter O'Sullevan Memorial Handicap Chase at 13:15.

Kalooki, Kapcorse and Killer Clown all sit prominently in the betting, but it could be worth taking a chance on the Colin Tizzard-trained OFALLTHEGINJOINTS, who is dangerously handicapped, if he can find his best form in this event. Having made a promising start to his career over fences, the seven-year-old has failed to kick on and was pulled up in the National Hunt Chase at Cheltenham in March. However, he showed up much better next time out at Aintree, but then ended the season disappointingly at Uttoxeter.

Last seen finishing seventh in the Badger Beers at Wincanton, Tizzard's charge went out like a light in the home straight after travelling well for much of the contest, so he will enjoy a drop back in trip for this contest, and at double-figured odds looks decent value. Dropped by the handicapper to a mark of 134, Ofalltheginjoints is now 2lbs lower than his last winning mark over fences, and with blinkers enlisted for this event he could well be a surprise package in what is a hugely competitive betting heat for punters to get stuck into.

A riveting renewal of the Ladbrokes Trophy lights up Newbury racecourse at 15:00 on Friday and all eyes will be at the head of the market with some exciting Irish raiders taking their chance, and look to have brilliant chances. The Willie Mullins-trained Ontheropes and Henry De Bromhead's Eklat De Rire are both exciting chasers and the latter in particular could turn into a Cheltenham Gold Cup hopeful in March.

However, in such a competitive race and with some bookmakers playing enhanced places then it could be worth taking a chance on a bigger priced contender. The one that stands out is towards the bottom of the weights and that's CLOUDY GLEN, who is as big as 40/1 to claim victory for Venetia Williams. Last seen pulling up in a Grade 3 handicap at Aintree, the eight-year-old had previously finished a fine runner-up to Mount Ida in the Kim Muir at the Cheltenham Festival, and a repeat of that effort could see him play a notable role.

A former winner of the Southern National emphasises his need for a trip or a fiercely run race, and the Ladbrokes Trophy is sure to be run at a breakneck pace, so he should be staying on past tired rivals in the closing stages. He runs off the same mark (140) as he ran off when finishing second in the Kim Muir, and with wind surgery sure to aid his chance then he could be a potential springer in the field in a devilishly difficult betting conundrum for punters.

Sam Thomas has worked wonders with the Walters Plant Hire Ltd-owned Before Midnight, who has notched up some fine wins of late, and the former Cheltenham Gold Cup-winning jockey turned trainer can taste more success with the same ownership group on Saturday by saddling GREY DIAMOND to victory in the finale at 15:35.

He beat subsequent Paddy Power Gold Cup fourth Dostal Phil at Sandown Park last season, while he ran a fine race when finishing an excellent fifth in the Red Rum Handicap Chase at Aintree. He put up a decent comeback effort when third at Ascot in a Listed handicap chase, and with the handicapper dropping him 1lb for Saturday's event then he looks a superb bet to return to winning ways.

Eye-catchingly taking his chance off a mark of 132, Grey Diamond will need to build on that recent Ascot run, but he has shown he can perform to a decent level over fences, and while the likes of Il Ridoto and Frero Banbou will pose a threat, it's the Thomas raider that can bound to a clear win.