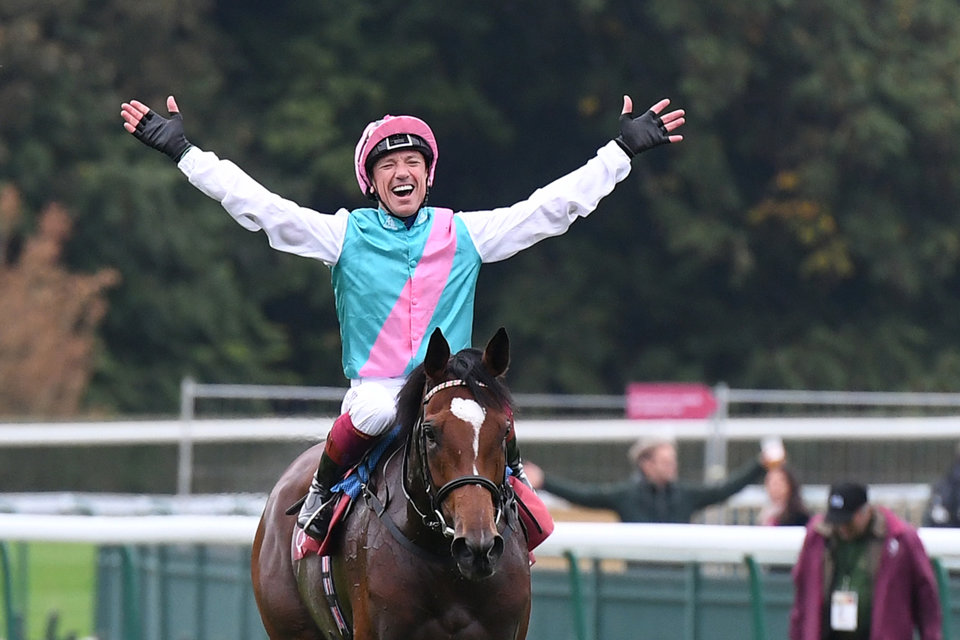 Steve Chambers previews Saturday’s Group 3 September Stakes at Kempton Park, which will see Enable have her final prep run before attempting to pick up a third Prix de l'Arc de Triomphe victory in Paris next month...

Not seen on the all-weather for two years, superstar mare Enable will bid for a second September Stakes success this weekend, and with stablemate and last year's St Leger winner Logician not being declared by John Gosden, the dual Prix de l'Arc de Triomphe winner is set for a gentle stroll in the Group 3 contest. Set to be priced up around the 1/6 mark with the bookmakers, Enable's task in the 2020 renewal of the Kempton Park Pattern race looks a lot more straightforward than it did back in 2018.

Indeed, prior to her win the 2018 Arc, Enable locked horns with crack Group 1 star Crystal Ocean in a memorable September Stakes, but there's no rival in the same stratosphere as that Sir Michael Stoute-trained stalwart, and Enable should comfortably breeze to victory and duly book her place in Paris next month.

While the Arc is the primary port of call for Gosden's six-year-old daughter of Nathaniel, Enable will be hoping to lay down a significant marker for the likes of Love and Ghayyaith, who have both shone on a racecourse in recent weeks. The former has firmed up her position at the head of the Arc betting as a result of her easy success in last month's Yorkshire Oaks, with Enable comfortably ensconced in the second favourite berth.

Turning attentions to more relevant matters and Saturday's September Stakes, even having to concede 4 lb to the field, Enable will only need to be three-quarters fit to beat a field rated over 15 lb lower than her in the ratings. Gosden will certainly not have her firing on all cylinders, as he will want her fully tuned up for France, but she showed when cruising to victory in the King George at Ascot in July that the fire still burns bright in the belly, and Frankie Dettori will not need her to get out of second gear to be victorious here.

She offers no value at all as a betting proposition, and you have to feel that once Dettori has sewn the victory up he will ease her to the finish by riding with hands and heels, meaning that there could be an angle to back her to win by under three lengths - which should be available come the day of the race with some bookmakers.

Enable will not be the only one lining up with a bigger test to come later in the season, as the Charlie Fellowes-trained Prince Of Arran is being targeted at the Melbourne Cup at Flemington in November. The seven-year-old is second favourite for Saturday's September Stakes, but will face a huge task to get remotely close to Enable. Having not tasted victory since February 2018, Prince Of Arran was last seen finishing down the field in the Gold Cup at Royal Ascot. His last victory on British soil came way back in November 2016, where he was victorious off a mark of 83 in a Kempton handicap. With a success on the Polytrack, Prince Of Arran is entitled to take his chance, but with a trip down under the ultimate goal, it's hard to see him landing a blow here.

Andrew Balding's Fox Tal shaped like he could be a decent prospect when winning a conditions event at Doncaster a year ago, but he has failed to kick on since, and was last seen finishing fifth of seven in the Group 3 Rose Of Lancaster Stakes at Haydock Park. Sitting as third favourite at the time of writing, Fox Tal looks to be rather short in the betting, and it could be worth looking elsewhere for a value play against Enable.

Kirstenbosch, Tinandali and Almania are three contenders hovering around the 25/1 and 33/1 marks, and it's the latter of that triumvirate that makes most appeal as a surprise challenger to Enable - or at least the value play to finish runner-up. David Simcock's four-year-old has only tasted victory once in ten career starts, but he has often been a model of consistency in a host of competitive handicaps, and with stamina assured he could be staying on past beaten horses. A fine third in the Copper Horse Handicap at Royal Ascot, Almania was a decent fourth last time out, and while it's up in the air whether he will act on the all-weather on his first start on the polytrack, he could well just outstay his rivals should any of the field look to try and keep up with Enable through the first three quarters of the race.

James Fanshawe's Kirstenbosch won her first two races, but has since struggled in listed company, so can be one to ignore, while Tinandali could well find a slight step up in distance too much for him, and David O'Meara's raider can be another battling it out for the minor honours.

Finally, Richard Hughes will saddle the 80-rated Punting, who completes the seven-strong field. The three-year-old filly will receive weight from the rest of the field, but she looks to face a huge assignment on all form and will likely find it impossible to deal with Enable, who can cruise to a facile success. However, with the superstar mare offering no value for win purposes, the bet is to follow Almania in the each-way market or in the betting without Enable market.