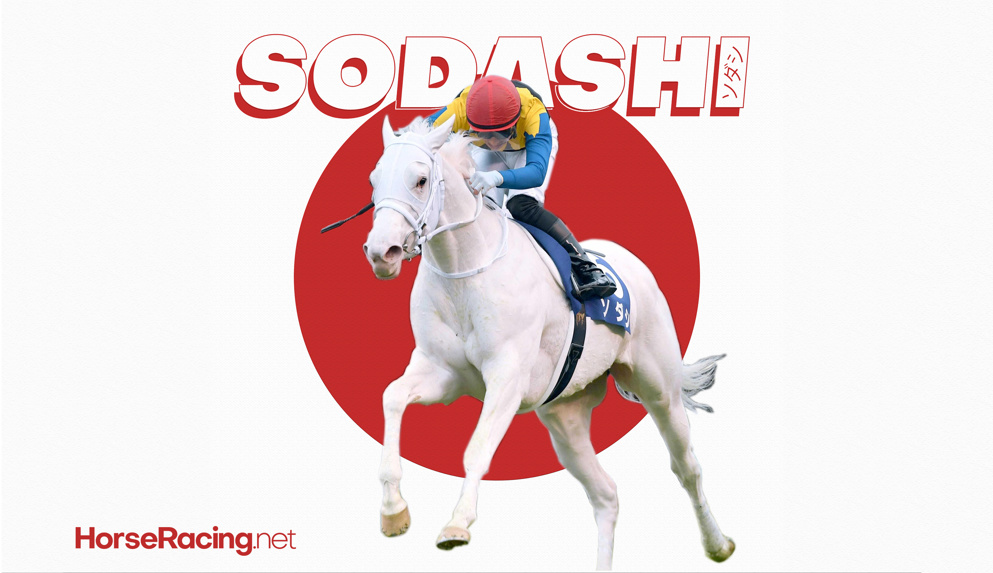 Sodashi: Winner of the Japanese 1000 Guineas

Joe Tuffin takes a look at a filly over in Japan who has reached new heights of popularity, and has drawn attention from racing fans around the world...

Horses, in their weird and wonderful way, often come along and capture the hearts of thousands of racing fans, gaining mass followings across the country that will follow them wherever and whenever they may race, think Enable, Frankel, Kauto Star and of course Red Rum - but very rarely do they create a craze like what is being seen over In Japan currently.

Sodashi was a horse making headlines before she had even seen a racecourse, owing to the fact she is a registered white horse and looks nearly mythical alongside her comparatively unexciting but completely normal bay and black horses, but what makes her stand out more is that she is a horse brimming with ability. Sure, top level grey horses are not a complete rarity, but registered as white? You’re unlikely to see many of those, infact Sodashi became the first to ever succeed at the highest level - Group 1.

It’s only natural that a horse as visually striking as Sodashi would be popular with the racing public regardless of the ceiling of her ability, but after finishing her two-year-old season crowned as the best two-year-old-filly at the JRA awards, as well as being the highest rated filly in her age group owing to Grade 1 success in the Hanshin Juvenile Fillies, Sodashi-mania went into overdrive and the filly became the poster for Japanese racing.

Success in the Oka Sho (The Japanese equivalent of the 1000 Guineas) only amplified this - and now wherever she goes, the cameras follow.

“Sodashi is very famous and very popular in Japan.” Says Naoki Ota (@nikkan_ota), a journalist for Nikkan Sports News in Japan and sharer of many of the Sodashi videos we see on Twitter.

“When she won Oka Sho, there was a feature on NHK news, which is like Japan’s BBC News. Sodashi soft toys were released online in April - and those were sold out in just 5 minutes!”

Horse merchandise is seldom seen over here in England, besides the odd scarf or pair of socks which allows you to support your favourite owner, but in Japan it is a far more common occurrence. However, these Sodashi plush toys were so popular that a second lot needed to be produced - and the mad rush of people trying to get their hands on this second release actually crashed the site that was selling them. But why does she look like she does? How does a thoroughbred racehorse become to be such a distinctive colour while still maintaining that high, Classic winning ability? Bred by her owner Makoto Kaneko, who also owned the famous Deep Impact - the sire of the likes of Saxon Warrior and Snowfall - Sodashi was sired by Kurofune, an American bred grey who won Grade 1s on both dirt and turf in Japan, and is out of Buchiko, a white mare with distinctive and strange brown markings. Her Grand-dam Shirayukihime - which is literally translated as Snow White - was also a rare white mare from non-white parents, with many of her decendants also being white. Confused? As am I, so here it is explained better in lineage where you can see better where her colour came from. 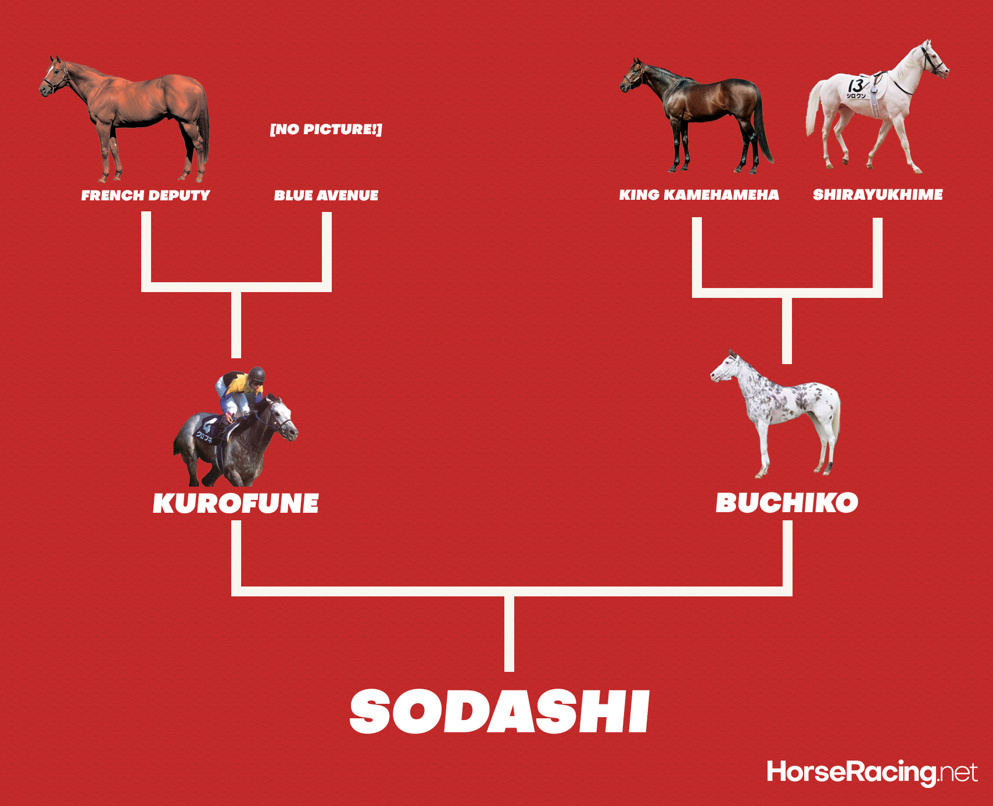 It's not hard to see where Sodashi gets her distinctive colour from...

Even recent defeat in the Yushun Himba (The Japanese Oaks), which was her first career loss and brings an end to her Fillies Triple Crown hopes, hasn’t stopped the craze with the filly and her thousands of followers, with eyes set firmly on more Grade 1 success in the future.

“It’s not yet been decided where she’ll run after the Yushin Himba, but it’s possible that the Shuka Sho will be her next target - the third leg of the Fillies’ Triple Crown.” said Ota.

The drop back in trip from the 1m4f presented in the Oaks to the 1m2f in the Shuka Sho is bound to help the filly, with her stamina having been brought into question prior to the Oaks, and a faded eighth showing that particular concern to be warranted.

There’s no doubt that she’ll be well fancied for the final leg of the famous triple crown and more success will only propel her further into stardom, but will this result in her tackling Europe like Deirdre once did? Not according to Naoki - “I think she will stay in Japan for a while at least, it’s probably unlikely she will run in Europe in her career.” - oh well, we can only hope that the pay off for Deirdre’s connections may one day result in a European raid for the famous Sodashi, and the flash of white will be seen at the likes of Goodwood or Ascot.