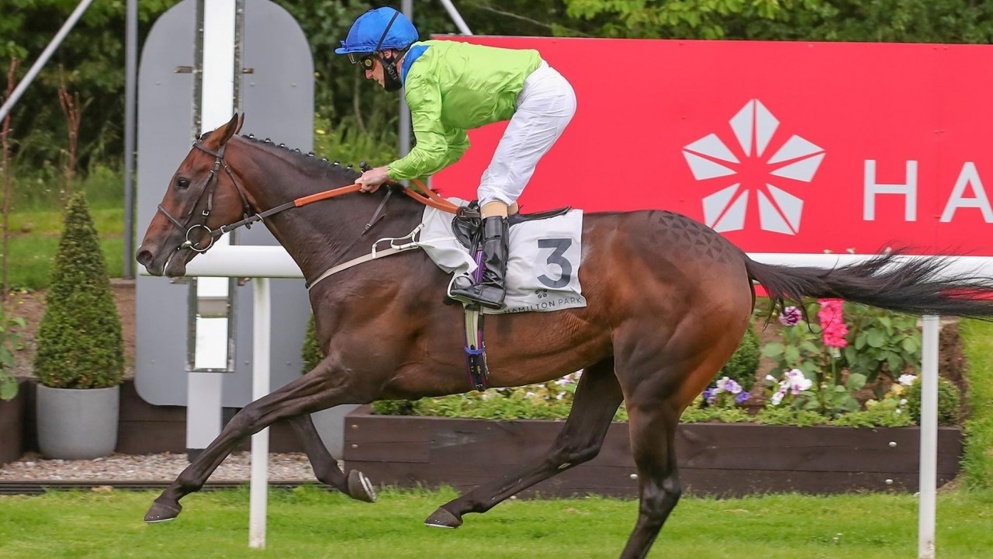 Steve Chambers profiles Subjectivist, who was last seen cruising to victory at Goodwood in Group 3 company, and will now aim for St Leger glory on Saturday afternoon at Doncaster.

Like most of Mark Johnston's horses, Subjectivist has been a regular on the racecourse and has already taken part in 13 races, but it's been his progression as a three-year-old that has seen him push his way into the St Leger picture, and he could be a fascinating contender in Saturday's Group 1 classic at Doncaster.

With just one win in his seven two-year-old outings, Subjectivist's sole juvenile success came in a mediocre contest at Chelmsford City, but having placed in a listed event at Salisbury two starts later, he showed that he could be a smart performer. He disappointed in his last start as a two-year-old, as he finished seventh of eight in the Group 3 Zetland Stakes at Newmarket, but Johnston's decision to send him over longer trips in his three-year-old campaign has worked wonders.

He was handed a stiff assignment in his comeback run in June, as Subjectivist lined up in the King George V Stakes at Royal Ascot. Sent off a 22/1 outsider, the son of Teofilo put up a fine performance to finish third in the 1m 3f 211y contest, and he used that run as a stepping stone to bigger and better things. Runner-up behind the progressive Favorite Moon at Haydock Park on his next start, Subjectivist finally recorded his second success as he claimed a listed success at Hamilton Park.

Upped in class for his next start, Subjectivist was next seen running in the Group 3 Gordon Stakes at Glorious Goodwood, and he put up a fine effort to finish third behind Mogul. Impressing that day, Subjectivist beat fellow St Leger contender English King, who could only finish fourth, so he will be looking to frank that form this weekend. With the St Leger now in the pipeline, Johnston elected to try Subjectivist in a premier Leger trial as he headed to York to compete in the Great Voltigeur Stakes. However, the colt flopped as he could only finish seventh of eight, and it left connections questioning whether he could be a classic contender.

Only ten days later, Subjectivist was back on the track and he quickly turned the Great Voltigeur form around as he scooted to a runaway 15-length victory in the Group 3 March Stakes, which ultimately booked his place at Doncaster. Relishing the step up to 1m 6f, he looked tailor-made for a tilt at the St Leger, and connections will be eager to let him take his chance in the final classic of the season this weekend.

Stamina in abundance: Upped to 1m 6f for the first time in his career last time out at Goodwood, Subjectivist relished the stamina test of the Group 3 March Stakes, and with him set to tackle the same trip this weekend in the St Leger, he will be well suited by the test the St Leger offers, and the exciting colt is sure to see out what can often be an energy-sapping assignment.

Voltigeur flop a worry: While he sparkled in the March Stakes, Subjectivist's poor display in the Great Voltigeur Stakes is a huge worry. Well beaten by fellow St Leger contender Pyledriver, Subjectivist will have to turn that form around, and it's going to be tough to outclass the William Muir-trained star.

Tactics: An habitual front-runner, Subjectivist will find it hard to lead all the way in the St Leger. With a plethora of classy performers lining up and set to stalk Johnston's charge, he could well be vulnerable as they unleash their challenge one by one in the closing stages.

How will Subjectivist fare in the 2020 St Leger?

Subjectivist is entitled to take his chance after a fine Goodwood run, but he has found it tough when taking on proven classy performers, and with the poor run in the Great Voltigeur leaving a nagging doubt about his ability at the top level, it's hard to see him challenge for victory.

Verdict: Work to do at the highest level.