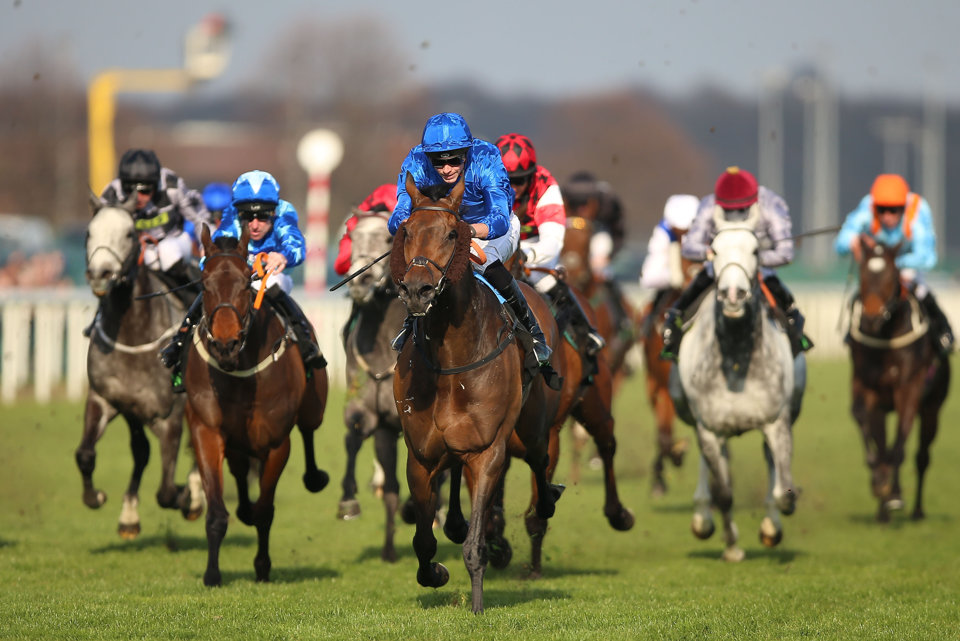 New London heads the betting for the 2022 St Leger

Charlie Appleby's New London heads the list of 11 horses entered for the St Leger, which takes place at Doncaster on Saturday afternoon, and we take a look at those three-year-olds bidding for glory in the final Classic of the season...

Imperious when storming to an impressive victory in the Gordon Stakes at Glorious Goodwood, New London will attempt to land his first Group 1 prize this weekend when he heads to Doncaster for the St Leger. A red-hot favourite for the 1m 6f 115y contest, the Godolphin raider will attempt to hand his trainer Charlie Appleby another victory in the race, as the star handler saddled Hurricane Lane to victory on Town Moor, and at odds-on the Dubawi colt will be a tough nut to crack.

Having been beaten at Chester earlier in the season, New London showed his Classic credentials when bounding to success at Newmarket in handicap company, but it was his Gordon Stakes success that secured his place in the Leger and if he can continue to blossom on the track then he will be the one they all have to beat.

Another Royal Ascot winner in Eldar Eldarov will take his chance and the Queen's Vase winner will take his chance here for Roger Varian, and is the 4/1 second favourite. Last seen finishing fourth in the Grand Prix De Paris in France, Eldar Eldarov will relish the return to British shores and has shaped like a real stamina test will bring out the best in him. Behind Eldar Eldarov at Royal Ascot was the Freddie & Martyn Meade-trained Zechariah, who was last seen storming to victory in the Geoffrey Freer Stakes at Newbury, and that charge is set to line up at Doncaster.

At the latest entry stage there were two contenders supplemented and the Ralph Beckett-trained Haskoy was one, and she was last seen winning the Listed Galtres Stakes at York, and heads into this unbeaten and is a fascinating runner, while recent Wolverhampton novice stakes winner El Habeeb has also been supplemented.

Aidan O'Brien has won the St Leger on six occasions and the master of Ballydoyle holds two of the 11 entries, but that duo will need to produce huge career bests to feature in this event and it's the Vinnie Roe Stakes fourth Bluegrass that is the shortest price of the two at 14/1. The hugely consistent Emily Dickinson (20/1) was last seen finishing third in the Lillie Langtry Stakes at Glorious Goodwood and will need more here as she adds more depth to the O'Brien charge.

George Boughey's Hoo Ya Mal (11/2) was two lengths behind New London in the Gordon Stakes earlier in the season, but that raider has since gone out and won the Group 3 March Stakes impressively, and will look to try and get closer to the favourite this weekend, as the fledgling trainer looks to round off a spectacular season.

A nine length third behind the top notch Westover in the Irish Derby, Paddy Twomey's French Claim will attempt to kick on from that effort and will add more Irish depth alongside the aforementioned O'Brien quintet, while the likes of Marco Botti's Giavellotto and Ivan Furtado's Lizzie Jean complete the 11-strong field in what is set to be a fabulous renewal.