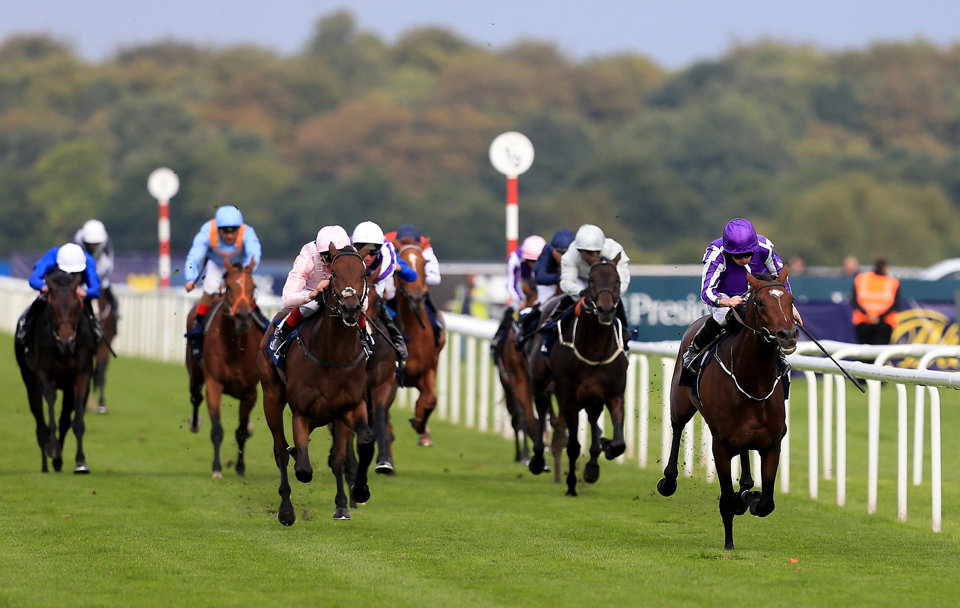 Nick Seddon previews the final British classic race of the season, Saturday's St Leger at Doncaster, and recommends an each-way tip as an alternative to the short-priced favourite, Logician...

The oldest of the five British classic races, dating all the way back to 1776, Saturday's St Leger has perhaps become somewhat unfashionable in the modern era, given the distance of one mile, six furlongs and 132 yards requires an abundance of stamina in order to win it - a trait which generally doesn't command the upper echelon of stallion fees in the breeding shed.

That perhaps goes some way to explaining why just eight will take their chance this time around, which will be the fifth time this decade that a single-figure number of runners have gone to post for the race, while the field size hasn't exceeded 14 this century.

Punters have a mixed record in the race of late, too, with just three favourites obliging since 2010, though the market has latched on to one runner this time around, in the form of the unbeaten Frankel colt, Logician, who is as short as even money at the time of writing - and will likely go off an as odds-on favourite come Saturday afternoon.

It isn't difficult to see why Logician is so well fancied for the St Leger, either, considering that he has done nothing but progress in each of his four starts so far this term, having been unraced as a two-year-old. His most recent win in last month's Great Voltigeur Stakes at York - a key trial for the Leger - was his most impressive to date, scoring by one and three quarter lengths and defeating the re-opposing Nayef Road into fifth. That performance suggested that he was destined for the very top table, and with the step up in trip likely if anything to bring out more in him yet, he will be very difficult to beat.

As he does in most of the Group 1 races around the world, Aidan O'Brien has a formidable record in the Leger, and he sends three in his bid to seal a seventh win in the race; Sir Dragonet, Il Paradiso and Western Australia. Considering the last-named acted as a pacemaker for Japan when last seen at Longchamp in July, it seems best to concentrate on the other two, who are the second and third favourites at the time of writing.

It is Sir Dragonet who is the shorter of the pair, and he has shown plenty of ability in his four starts to date, finishing a close-up fifth in the Epsom Derby in June. He was unable to justify odds-on favouritism when second in a Group 3 contest at the Curragh last time out, and although the step up in trip is something of a mystery, his sire Camelot was second in this race in 2012, and he looks as though he will be the one to give Logician the most to think about. Stablemate Il Paradiso won't be lacking for stamina here having won a two-mile handicap in good style at Curragh in July, and although he ran well behind Stradivarius when third in the Lonsdale Cup at York last time, this requires more.

Two lively outsiders are Technician and Dashing Wiloughby. Technician has been on an upward trajectory so far this season, and took a big step forward to win a Group 3 contest over a furlong shorter than this at Newbury last time out. There's likely more to come from him yet at this trip, though he would need to find considerably more if he is to trouble the favourite. Like Il Paradiso, Dashing Wiloughby chased home Stradivarius on his most recent start, when fifth in the Goodwood Cup in July, and he would have solid each-way claims if able to reproduce his win in the Queen's Vase at Royal Ascot in June.

However, at the prices, it looks worth siding with Sir Ron Priestley each-way. Like Logician, Sir Ron Priestley has done nothing but progress so far this season, winning five of his six outings, and he took the step up to pattern company in his stride when toughing out victory in a Group 3 contest over this trip at Goodwood last month. A straightforward, front-running type, stamina looks to be his game, and he looks tailor-made for this, particularly if he's allowed to dictate matters from the front. Considering he's the winning-most trainer in British racing history, it's something of a surprise that Mark Johnston has never won the St Leger, and at around the 11/1 mark at the time of writing, Sir Ron Priestley looks worth chancing at a double-figure price to improve again and hit the frame at the very least.