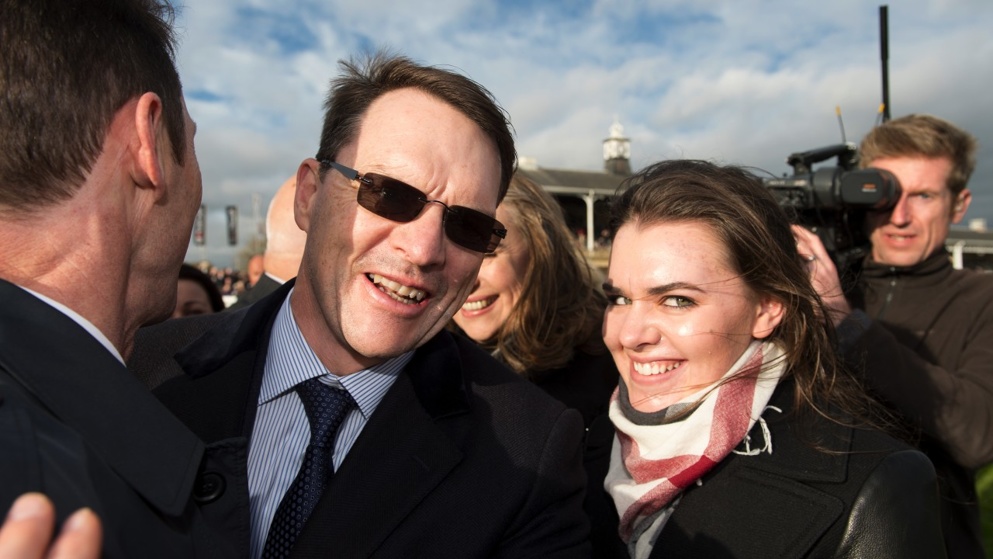 Steve Chambers profiles Dawn Patrol, who finished third in the Irish Derby, and is looking to hand Aidan O'Brien a sixth win in the St Leger at Doncaster.

One of three Aidan O'Brien-trained runners set to take their chance in Saturday's St Leger, Dawn Patrol will head to Doncaster in the shadow of stablemate Santiago, who is currently battling it out for favouritism in the final classic of the season. Santiago may be the primary shot fired by the Ballydoyle gun, but Dawn Patrol has some decent form in the book, and he could prove to be a lively each-way player for punters looking for a bit of value lower down the betting.

Dawn Patrol was only seen once on a racecourse as a two-year-old, and he could only finish fourth in a Tipperary maiden. However, he began to show blossoming signs in the early stages of his three-year-old campaign, which ultimately booked his place in the St Leger line-up.

Seen on the track in early June in a maiden, Dawn Patrol finished second to stablemate Tiger Moth at Leopardstown, and with that performer set for an outing at Irish Champions Weekend or in the Grand Prix de Paris, then it shows that that form can be rated high. Having impressed the O'Brien team with that performance, Dawn Patrol was handed the stiff test of lining up in the Irish Derby at the Curragh. It was always going to be tough to go from a maiden to a Group 1, but Dawn Patrol produced another accomplished performance, but was beaten by two stablemates.

Royal Ascot winner and St Leger favourite Santiago claimed the victory, while Dawn Patrol was beaten again by Tiger Moth, who finished second in the Curragh classic, but Dawn Patrol showed he wasn't out of place in Group 1 company, and put his hat into the St Leger ring.

O'Brien was eager to get a win in the bank for Dawn Patrol next time out, and at the fourth time of asking he finally broke his maiden tag in a mediocre maiden at Naas. Sent off a 1/8 favourite that day, Dawn Patrol earned a confidence-boosting win, but he disappointed on his last start, as when sent off an odds-on jolly for the listed Vinnie Roe Stakes at Leopardstown last month, he could only finish third, so he will need to bounce back to form in the St Leger at Doncaster.

Bred To Relish Leger Test: Aidan O'Brien's last two St Leger winners have been sons of Galileo, and Dawn Patrol will look to make it a hat-trick of Galileo colts to sparkle in the final classic of the season in recent times. Capri (2017) and Kew Gardens (2018) both shone in the event and Dawn Patrol will look to emulate those two staying stars, as he is certainly bred to go well in a Leger.

Consistent: Not out of the first four in all five career starts, Dawn Patrol is certainly a model of consistency, but having only tasted victory once then he will need to produce a career best to land the prize here, but he has competed in some smart races this season, and is worthy of notable respect.

Santiago: A fine third in the Irish Derby, Dawn Patrol was well beaten by stablemate Santiago in that classic, and with the pair to lock horns once again this weekend then it's tough to see Dawn Patrol turning the form around.

Often The Bridesmaid: While his consistency could be regarded as a positive, Dawn Patrol's lack of successes in decent races means that he's going to find it hard to land the spoils in the St Leger. A poor performance last time out in the Vinnie Roe Stakes leaves a nagging doubt that the Group 1 classic may be beyond his capabilities on a racecourse.

How will Dawn Patrol fare in the 2020 St Leger?

Likely to run a solid race, Dawn Patrol adds significant strength in depth to the St Leger, but he will ultimately struggle to turn the Irish Derby form around with Santiago, and while he could finish in the first half of the field, Aidan O'Brien's charge can fail to finish in the placings.