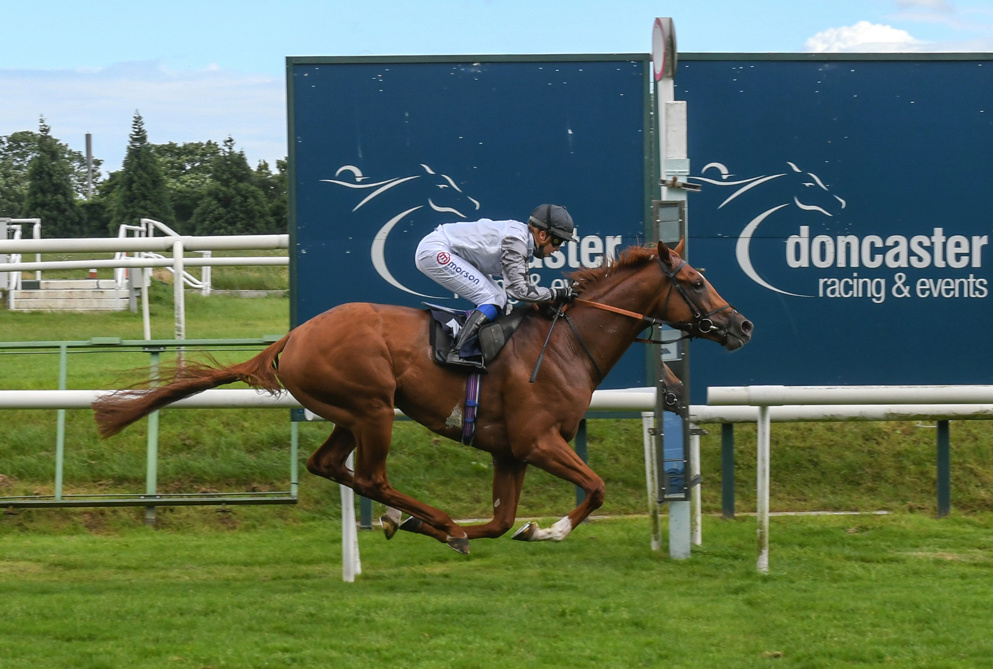 Steve Chambers profiles Tyson Fury, who is a huge outsider for the 2020 St Leger at Doncaster, as he makes only his second racecourse appearance.

Unraced as a juvenile, Richard Spencer's Tyson Fury was a shock 20/1 winner on his debut at Doncaster, where he stormed to an impressive one and a half length victory in a novice stakes. Excelling under Megan Nicholls, the three-year-old son of Iffraaj will now make a gargantuan step up in grade when he lines up in Saturday's Group 1 St Leger.

While most of his rivals have been seen competing in a plethora of Group races during their two and three-year-old campaigns, Tyson Fury - who is named after the World Heavyweight boxing champion - will be handed a massive task on his second start, as he will now bid for classic glory at Doncaster this weekend.

Impressive when claiming a success on debut, where he swooped round the outside of his rivals in the closing stages to put the race to bed, Tyson Fury excited his trainer Spencer, who was quick to point out that his exciting talent wasn't pulling up at the end, and that the test of a St Leger trip could play to his strengths.

Spencer is certainly aware of the task ahead for his boxing namesake, and at 50/1 the bookmakers aren't expecting him play a primary role, but having already shown he can perform to decent level at the track, then a return to Town Moor this weekend will see where he rates in the elite three-year-old staying division.

Knockout! Tyson Fury makes a perfect start to his racing career, winning on debut at @DoncasterRaces for @meg_nicholls11 and @Richspencer89 🥊 https://t.co/jT31sObLSn

Course Form: Having relished the test Doncaster has to offer, Tyson Fury will head to the Yorkshire venue safe in the knowledge that the track shouldn't cause any issues, and the Spencer team are expecting him to run well, albeit in a much tougher task than he faced on debut.

Inexperience: WIth only one run on his CV, Tyson Fury faces a monstrous task to beat some top-notch proven Group performers, and while he may have some qualities, this is too tough a test on his second racecourse outing.

Form: He may have won with plenty in hand at Doncaster on debut, but the form is pretty mediocre, and he's going to find it tough to land a glove on most of his rivals, who have excelled at the highest level this season.

Huge Step Up: To go from a novice stakes to a Group 1 contest is a huge ask, so while his inclusion in the field could bring in a few outsiders from the boxing fraternity this weekend tuning in to see how Tyson Fury fares, but this is one heavyweight battle his equine namesake can struggle in.

You can't dampen the enthusiasm of Tyson Fury's connections handing him the St Leger task on his second start. He was a fine winner on debut, but this is a whole new world for the once-raced colt, and he's likely to find it tough from the outset, and is going to struggle to land any sort of blow on his superior, more experienced rivals.