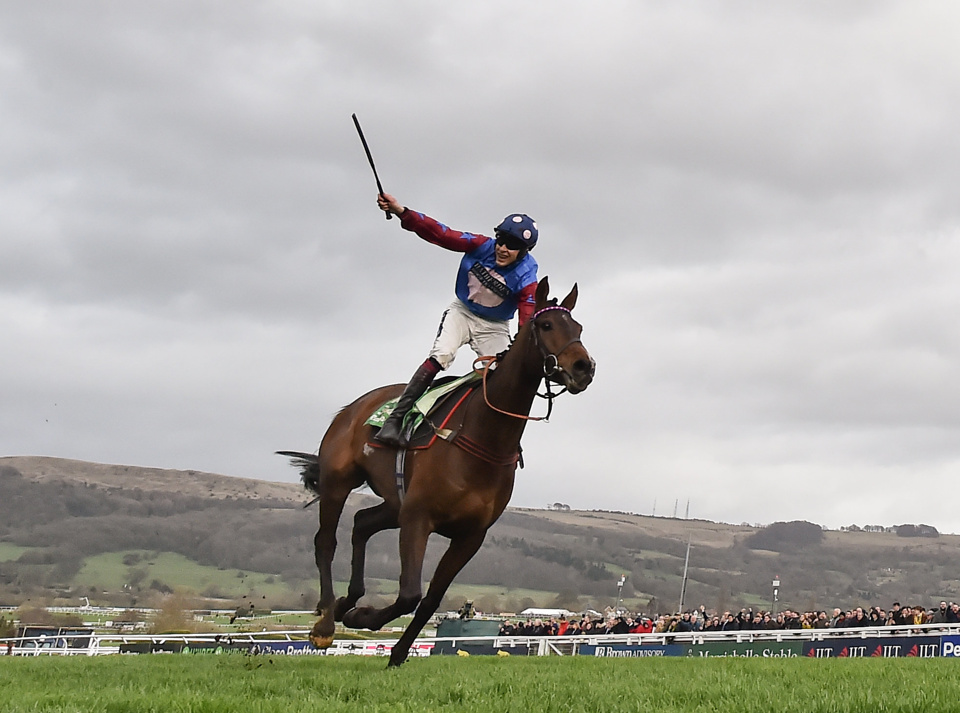 Paisley Park is bidding to win the Stayers' Hurdle for the second year running.

Lewis Tomlinson previews Thursday’s Grade 1 Stayers’ Hurdle, the feature race on Day Three of the Cheltenham Festival, which is headlined Paisley Park’s bid to win the race for the second year running…

The banker of the meeting.

If this famous, sometimes cursed, moniker was to be applied to any horse at the Cheltenham Festival, it would surely be Paisley Park. The cornerstone of so many accumulators and multiples, he has cemented his position as the undisputed king of the staying hurdling division so far this term. He just can’t lose, can he?

The short answer is that he shouldn’t. A flawless seven wins in a row have propelled him to a tier of his own amongst this fairly rag-tag bunch of long-distance hurdlers, and it would surely take a clear career-best effort from any of his rivals to dethrone the reigning champion. The power with which he comes up the Cheltenham hill has been unmatched in his three course victories over the past two seasons, and after a lighter campaign this time around, his position as the Festival’s shortest-priced favourite at the time of writing looks well and truly justified.

If there was ever going to be a way to beat Paisley Park, the ride Johnny Burke gave Summerville Boy in the Cleeve Hurdle here in January would surely form the blueprint for how to do so, when Burke attempted to utilise the former Supreme winner’s superior turn of pace from the front when Paisley Park was hitting his customary flat spot around the turn for home. Despite the move eventually proving futile, Summerville Boy position as the second pick in the market looks warranted. His win in the Relkeel Hurdle over two and a half miles here on New Year’s Day is probably the best piece of form produced by a horse named anything other than Paisley Park that we’ve seen in this sphere this season, and after a period in the wilderness, his reinvention as a staying hurdler looks to have been a masterstroke from Tom George.

Like Summerville Boy, last year’s Ballymore Novices' Hurdle winner City Island returns to the scene of his greatest success after an underwhelming start to his chasing career, and he looks a very hard horse to assess nowadays. The form of his Ballymore win reads well - it could look even better by the time this race goes off if Champ wins the RSA Chase - but that single effort is a good deal better than anything he had produced either side of it, and it would surely take a huge leap of faith to trust him to regain his best form in what will be his first try ini a Grade 1 race of this nature.

Such is Paisley Park’s dominance in this sphere, that it feels like he is running out of horses to challenge him for the throne, though in the Warren Greatrex-trained Emitom he faces a new rival here - and he could prove to be the biggest threat to the favourite. Only beaten once over hurdles in four starts as a novice last season (against Champ in the Grade 1 Sefton Novices’ Hurdle at Aintree), Emitom put a lacklustre seasonal reappearance behind him when making light work of his opposition on desperate ground to win the Rendlesham Hurdle in good style at Haydock last time out. He stays well and is still lightly-raced, so it’s easy enough to see why some may consider him to be the best alternative to the favourite, especially given that he doesn’t already have a defeat at the hands of Paisley Park on his CV. However, he will need more here if he is to dethrone Emma Lavelle’s star.

Recent evidence suggests that the 2018 winner of this race Penhill isn’t quite the same force as he was back in his glory days, and though he’s held his form fairly consistently so far this season, it looks a fair way below the level that would be required to knock Paisley Park off his perch. It is worth mentioning, though, that both of Penhill’s career best efforts have come at the Festival.

Apple’s Jade Festival record, and recent form, is somewhat patchier, but the ever popular Gordon Elliott mare would have a chance of the hitting the first three if replicating her performance at Leopardstown over Christmas, whilst similar comments apply to last year’s sixth Bacardys, who has been a useful yardstick in Ireland over the past two seasons, but is now probably exposed as being a level below the very best.

In fact, the most progressive of the Irish raiders is Ronald Pump. He lacked the scope for chasing, but was upwardly mobile over hurdles at the back end of last season, and made a fine return to the smaller obstacles when second off top weight in a Pertemps Qualifier back in December. These are much deeper waters than he’s ever faced in before, though.

Meanwhile, untrustworthy duo of L’Ami Serge and West Approach possess the ability to make the first three if in the mood, while The Worlds End was enjoying a fine season until floundering in the mud at Haydock last time, and looks underestimated from an each-way perspective if leaving that run behind.

At a huge price, there could be more outrageous each-way bets than the thoroughly likeable Tobefair. Runner-up in last season’s Pertemps Final at this meeting, Debra Hamer’s stable star boasts a fine record at Prestbury Park, winning twice at the track under big weights in handicaps in the past 12 months. He was closing at the finish, albeit slowly, in the Cleeve Hurdle to stay on into fourth last time out, but if the race turns into a real stamina test, Tobefair may be able to take advantage of those who find themselves wilting late on.

However, it will take something drastically unexpected to occur if Paisley Park is to lose his title here. He can follow in the footsteps of Big Buck’s, who gained his second Stayers’ trophy exactly a decade ago, and complete a memorable double in this race. Emma Lavelle’s wonder horse is the closest thing the meeting has to a certainty, and he can live up to the hype.