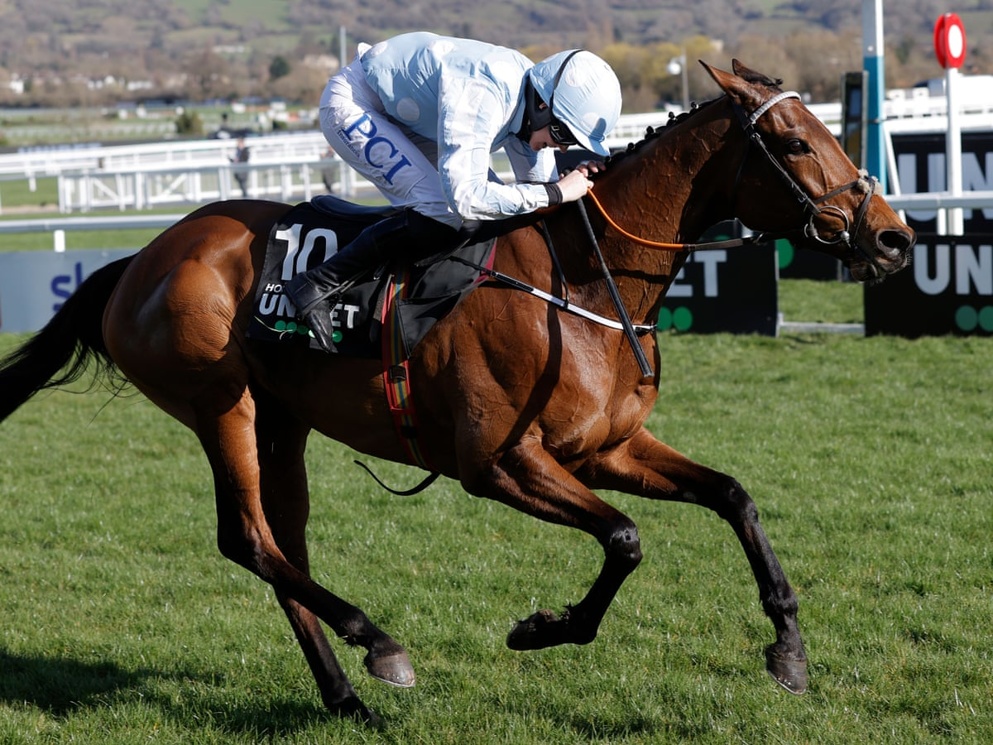 She maybe the star of the show at Fairyhouse on Sunday, but there's a whole host of class acts set to strut their stuff alongside Honeysuckle this weekend, and our man Steve Chambers picks out his three best bets for the three Grade 1 races on the card...

Willie Mullins and Gordon Elliott have dominated the Royal Bond Novice Hurdle in recent years - winning the last seven renewals of the race, and the star duo will saddle four of the eight runners lining up in Sunday's Grade 1 contest at Fairyhouse. A real premier trial for the Supreme Novices' Hurdle and Ballymore Novices' Hurdle at the Cheltenham Festival, this race has been won by some real stars and the Elliott-trained Mighty Potter could be the leading contender of the Mullins/Elliott charge.

However, we could well see a new name on the roll of honour in 2021 as the Gavin Cromwell-trained MY MATE MOZZIE has been imperious since being sent over hurdles - winning two from two - and he can make it a hat-trick of wins and enhance his Supreme claims in March. Currently a 14/1 shot for the Cheltenham Festival opener, My Mate Mozzie was last seen bounding to a mightily-impressive ten-length win at Navan in a Grade 3 contest, and he shaped like he be a real top class novice hurdler.

Sunday's assignment will be much tougher, but Cromwell's charge is likely to improve again, as he gains more experience over his obstacles, and he should be able to grind his rivals into submission and claim another eye-catching victory over timber.

Gordon Elliott has trained six of the last nine winners of the Drinmore Novice Chase and he will be doubly represented in the 2021 renewal at Fairyhouse. Fury Road and Grand Paradis will be the challengers for the Cullentra House handler, but both could find it tough to enhance Elliott's fine record, and it's worth looking elsewhere.

One that could outrun his eye-catching price is the Emmet Mullins-trained CAPE GENTLEMAN, who suffered a shock defeat last time out when sent off odds-on, but had previously shown signs of being a very smart chaser. An impressive winner of the Grade 2 Dovecote Novices' Hurdle earlier in his career, Cape Gentleman kicked off his novice chase campaign with two wins from his two races. The second in particular was an eye-catching 14-length win over subsequent Troytown winner Run Wild Fred in a Grade 3 at Cork, and a repeat of that would see him go very close here.

Beaten in a Grade 2 novice chase at Punchestown last time out, Cape Gentleman will enjoy the step back up in trip again for this test, and if Mullins can get him back firing on all cylinders again then he is the one to side with in a race that is likely to throw up a potential Marsh Novices' Chase or Brown Advisory Novices' Chase contender in March.

Twelve wins from as many starts has catapulted wondermare Honeysuckle to the top of the hurdling tree, and Henry De Bromhead's leading lady will make her hotly-anticipated return to the track on Sunday in the Grade 1 Hattton's Grace Hurdle. A race she won back in 2019 and 2020, it's no surprise to see the starlet a red-hot odds-on favourite, and it's hard to see her not kicking her season off with a win.

A sparkling winner of the Champion Hurdle at the Cheltenham Festival in March, Honeysuckle's task has been made a whole lot easier with the defection of Klassical Dream at the declarations stage, so she should be able to comfortably claim glory. Finding a bet against her means the each-way markets should offer some fascination, and with ten runners there could be some value.

The one that catches the eye is the Willie Mullins-trained STORMY IRELAND, who recaptured her best form when switching from Paul Nicholls yard to that of Mullins' stable, and she showed her class when storming to victory in the Mares' Champion Hurdle at the Punchestown Festival. That Grade 1-winning form entitles her to take her chance here, and receiving weight from her male adversaries, who are likely to be seen better in the spring, then Stormy Ireland can at least give Honeysuckle to think about, and she is the each-way play in the race.