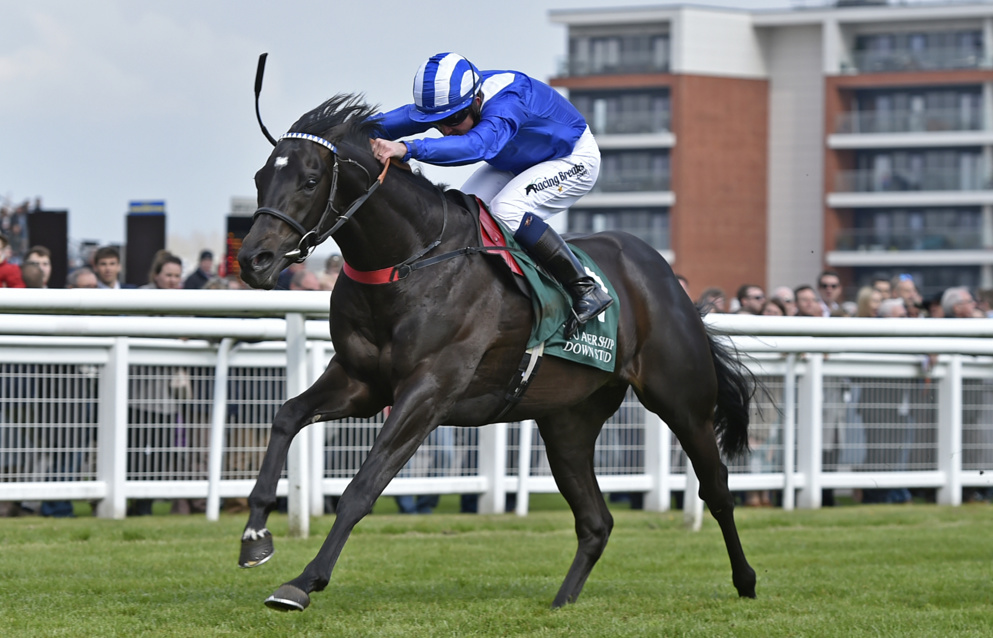 Mohaather was a game winner of the Group 2 Summer Mile at Ascot last month.

Nick Seddon profiles Mohaather, who is a leading fancy for this week's Sussex Stakes at Glorious Goodwood...

Having won two of his three starts as a juvenile, including the Group 3 Horris Hill Stakes at Newbury, Mohaather quickly put himself on the radar for the 2000 Guineas when winning the Group 3 Greenham Stakes at Newbury in April 2019 - a race which acts as a key pointer for Newmarket. However, injury struck and he unfortunately missed the majority of the season.

Mohaather is clearly talented, though, and he showed that when signing off with a commendable fifth in difficult conditions in the Queen Elizabeth II Stakes at Ascot, when beaten five lengths by King Of Change. Connections were bullish that he could excel in an open-looking mile division in the 2020 season, and he was well backed for his reappearance, in the Group 1 Queen Anne Stakes.

It was hard not to have the eye drawn to Mohaather in-running, who was travelling noticeably well two furlongs out, but traffic problems meant he could only finish seventh behind the re-opposing Circus Maximus. However, he quickly showed that he had the potential to be a Group 1 winner sooner rather than later when bolting up in the Group 2 Summer Mile as Ascot earlier this month, and he will arrive here with strong claims.

In good heart: While it's up for debate whether Mohaather would have won the Queen Anne Stakes if getting a clear run, it's undoubtable that he was travelling sweetly into proceedings before having the door abruptly shut in his face. He'll need to build on his win in the Summer Mile here against sterner opposition, but he's on an upward trajectory.

Open to improvement: Bearing in mind that he's only made just the seven starts to date, with just two of those coming in Group 1 company, it's conceivable to suggest that we have yet to see the best of Mohaather just yet, and such a hot renewal of the Sussex Stakes could well bring out a career best performance.

Unfavourable terms: Like Circus Maximus, Mohaather will have to concede weight to his younger rivals here. Six three-year-olds have won this race since 2010, and the older horses face a tough task to concede weight to the likes of Kameko and Siskin - both of whom are classic winners.

Tactics: Mohaather tends to leave things late before making his move in his races, and he could be vulnerable if this turns in to a frenetically-run affair. Goodwood provides a fast mile, and it would be no surprise to see Ryan Moore give Circus Maximus a forceful ride.

How will Mohaather fare in the 2020 Sussex Stakes?

Mohaather was almost a badly kept secret based on how strongly he was backed leading up to the Queen Anne Stakes, and while he ultimately finished down the field, there's certainly a feeling among his connections that he's capable of winning a Group 1 contest. Indeed, he certainly backed that opinion up when winning the Summer Mile last time out, and there's a feeling that he should have no problem finding opportunities in an open-looking division. However, he will face a tough task conceding weight to the three-year-olds here, namely Siskin, Kameko and Wichita, and it could be that he has to settle for a place this time.