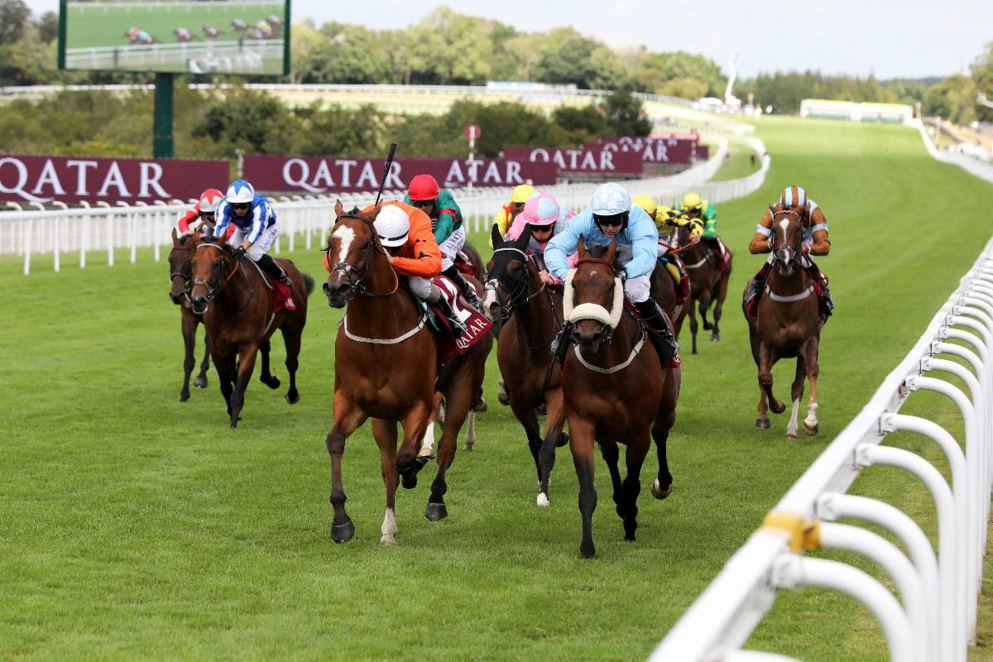 Nine horses are entered for the Sussex Stakes at Glorious Goodwood.

Superstar milers Baaeed and Coroebus are set for an epic duel in the Group 1 Sussex Stakes, which is the feature race on day two of Glorious Goodwood, which takes place on July 27. Nine horses have been entered for the one-mile showpiece event, and we take a look at all latest odds and entries for what is one of the most valuable prizes in the Flat calendar...

Unbeaten in all eight career starts, Baaeed propelled to the top of the eight-furlong tree last season with some sumptuous victories in the Prix Moulin and Queen Elizabeth II Stakes, and he showed he still oozes class on his return this season when he romped to an emphatic victory in the Group 1 Lockinge Stakes at Newbury. Kicking on from that with a relatively facile victory in the Queen Anne Stakes at Royal Ascot, the William Haggas-trained son of Sea The Stars will attempt to enhance his already lofty reputation on Wednesday afternoon by landing victory in this prestigious event.

Installed as the red-hot 4/11 favourite, the four-year-old is yet to put a foot wrong on the track and if he can repeat his two runs this season then he's going to be extremely hard to beat, but in Coroebus he has a rival that has tasted Classic glory this season and is a fascinating three-year-old challenger. Charlie Appleby's raider beat the classy duo of Native Trail and Luxembourg in the 2000 Guineas at Newmarket at the start of the season, and then built on that with a gutsy head victory in the St James's Palace Stakes.

The Dubawi colt will be in receipt of significant weight from Baaeed, but while the Haggas charge has blown his rivals out of the water this season, Coroebus has been made to work extremely hard, and is going to need a huge career best to down one of the world's classiest racehorses in Baaeed, who looks a cut above his rivals on what has been shown on the racecourse to date.

Andrew Balding's Alcohol Free produced a scintillating performance in this race last season to beat Poetic Flare and the four-year-old filly could look to retain her crown on the second day of Glorious Goodwood. A best-priced 14/1, at the time of writing, Alcohol Free has been seen competing over six furlongs in recent times, and landed more Group 1 success last time out when bounding to an impressive win in the July Cup at Newmaket. Well beaten in the Platinum Jubilee Stakes at Royal Ascot, Alcohol Free bounced back with a bang at Flat HQ, and if she returns to a mile she could be a fascinating addition to the field here.

Aidan O'Brien last won this race back in 2016 when The Gurkha bounded to victory, and the master of Ballydoyle could unleash the 14/1 shot Order Of Australia, who was last seen romping to victory in the Group 2 Minstrel Stakes at the Curragh, and he could look to return to the highest level here. Unable to land a blow on Baaeed in the Queen Anne Stakes last month, the five-year-old son of Australia was third behind the Haggas star, so will need a significant turn of fortunes here to go remotely close to downing the hot favourite.

Coroebus will spearhead the Appleby team, but Modern Games could add more depth to the Godolphin charge and the Prix du Jockey Club third was last seen finishing fifth in the Prix Jean Prat, so he will need to improve immeasurably to land a blow at the highest level, and is currently a 33/1 shot.

Sacred has been handed an entry, but is a warm order for the Lennox Stakes on the opening day of the Flat extravaganza, so is unlikely to figure, while the remaining trio of Chindit, Angel Bleu and Japanese raider Bathrat Leon (all 40/1) all appear to have their work cut out in what is set to be an epic renewal.