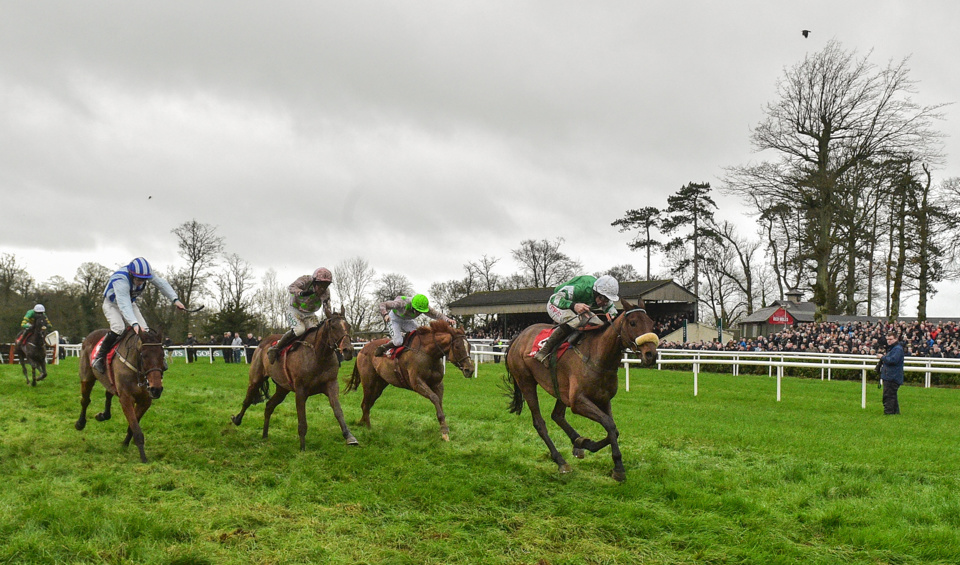 Nick Seddon reviews the weekend’s Jumps action, and picks out three horses from Ascot, Down Royal and Ayr who look worth adding to your trackers…

While Trevor Hemmings has rather dramatically reduced the size of his string over the past couple months, he does still have a few gems under his sleeve, and Castle Rushen made the perfect start to his hurdling career for the Nicky Richards team at Ayr on Saturday. Named after a famous medieval castle on Hemmings’ native Isle of Man, Castle Rushen has an excellent jumping pedigree, and is a half-brother to stablemate Marown - who is under the same ownership and is 3-3 to date under Rules. Having run out a comfortable winner of a course and distance bumper in January, form which now has a pretty solid look to it, Castle Rushen was a warm order in the betting for this, and travelled well into proceedings. He looked booked for second place when being overtaken by the second favourite Second Bar Brian at the second last, but showed plenty of resilience to battle back under Brian Hughes, getting up in the shades of the post. A chaser on looks, it’s undoubtable that we’ll see the best of Castle Rushen later on in his career, but he ought to prove a useful campaigner this term, and is open to improvement when stepped up in trip.

The field for Saturday's Champion Chase at Down Royal was a strong one, with each of the nine runners winning a Graded contest at some point during their careers, and the eye was drawn to the fourth-placed Presenting Percy, who was making his first start since switching to the Gordon Elliott team. The 2018 RSA Chase winner has struggled to live up to the promise he showed during his novice chasing days, but there can be no doubt about his talent, and Saturday's run appealed as a firm step in the right direction on the back of a 232-day break.

Sitting prominently, Presenting Percy got into a good rhythm under Denis O'Regan, jumping his fences well, and still held every chance approaching the final fence, before just running out of steam in the final stages - with two of those who finished in-front of him being race fit rivals. There's a feeling of now or never for Presenting Percy this term after two seasons of what might have been, but his switch to Cullentra House has given him every chance to shine, and he ought to come on markedly for this run. Indeed, there's a lingering feeling that there could still be some untapped potential in Presenting Percy, and if Elliott is able to tap into it, a second Cheltenham Gold Cup could be on the horizon for the yard. He will likely head to either the John Durkan Memorial Chase or the Savills Chase for his next run, and a win in either would confirm him to be a serious player in the staying chasing division this season.

Paul Nicholls is the master of finding good opportunities for his horses, and his mare Malaya appeals as one who has dropped back down to a workable mark. The six-year-old is winless in six outings since striking in the 2019 Imperial Cup at Sandown, but she shaped well when second on her final start of last season at Ascot in February, and again caught the eye at the same track on Saturday afternoon. Now just 2 lb higher than for her last success, Malaya travelled smoothly into proceedings under Bryony Frost; looking the winner at two out before just tiring late on. Malaya wasn't given a hard time by Frost in the closing stages, and bearing in mind that this run ought to bring her on markedly, she looks ready to scoop another big pot for her ultra-shrewd connections.