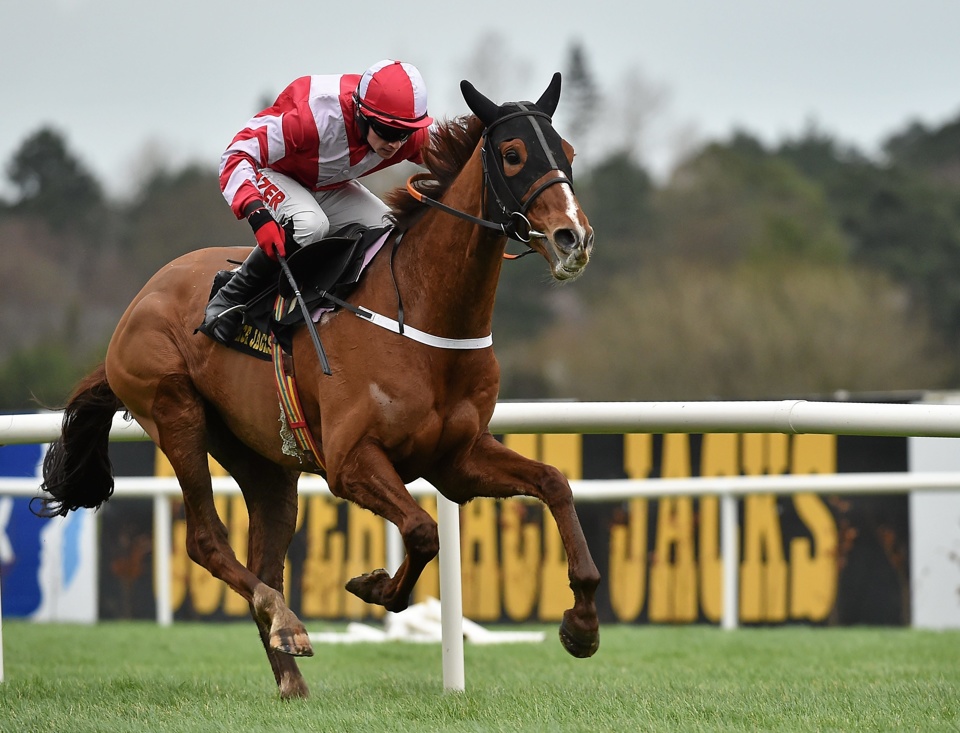 Irish racing expert Karl Hedley previews Thursday's Thyestes Handicap Chase at Gowran Park, one of the big midweek betting races of the season, and picks out his best bet...

The Thyestes Chase is steeped in Irish racing history and is often run in gruelling conditions here at Gowran Park. It has served as a valid Grand National trial of late, too, having been won by the likes of Numbersixvalverde and Hedgehunter in the past on their way to Aintree glory. It used to pay to follow horses carrying relatively light weights, however in more recent times it has paid to pay closer attention to those competitors carrying more than 11-stone.

One who will carry a featherweight in this is Smoking Gun, who is improving at a rate of knots since switching from hurdles to the bigger obstacles this term. A step up to this trip at Punchestown on New Year’s Eve saw the seven-year-old pick up the fifth win of his career and a first in this sphere. Joseph O’Brien has already enjoyed success around this track with the bay gelding, striking over hurdles here last March, and he has to be considered in what is a competitive renewal of this stamina-sapping contest.

Indeed, now that he has secured that first career win over fences, he may well carry on winning just as he did over the smaller obstacles. He has a perfectly likeable attitude and has won on a variety of ground conditions from soft to heavy to good to yielding. He could be set to receive over a stone in weight from some of his rivals, and that will play very much into his favour.

A 1-2 for @JosephOBrien2 in a dramatic opener @punchestownrace as Smoking Gun lands the spoils for JJ Slevin, defeating stable companion Early Doors to record a first win over fences

Ex Patriot was the subject of an on course gamble at Cheltenham in the Paddy Power Handicap Chase last time out, and Elle Marie Holden’s charge was far from disgraced, beaten under five lengths by Oldgrangewood. A return to this extended three miles could well conjure up some further improvement, especially if partnered by regular rider Derek O’Connor, and he's one to consider.

Meanwhile, Minella Till Dawn was a stylish winner of a regular handicap at Cork last time out despite defying a significant market drift. Mark Walsh had relatively little trouble manoeuvring their way home over two and a half miles, powering away in the closing stages and suggesting that this step up in trip would be ideal. However, it is worth bearing in mind that he can clobber the odd fence, and that could cost him dearly in a race of this nature. Ultimately his inexperience may find him out at the very highest level and he looks to have quite a task ahead of him.

As such, it looks worth siding with Acapella Bourgeois, who looks destined to carry top weight in this. He's officially rated just 2 lb higher than he was for his most recent success - when scoring at Clonmel last March, and ran a race full of promise last time out, too, chasing home the Cheltenham Gold Cup hero Al Boum Photo at Tramore on New Year’s Day. The pair pulled over a dozen lengths clear of the multiple Grade 1-winner Shattered Love in third, indicating that the form is fairly solid.

Willie Mullins has a phenomenal record in this particular race, and has carried the prize back to his Closutton yard on no fewer than seven occasions since the turn of the century. Acapella Bourgeois is one of his stronger hopes this time around, and despite having to concede that weight to the field, he is likely to be fully primed for this race and looks worth siding with. It is also worth noting that the multiple Champion trainer won this with another ten-year-old in the form of On His Own back in 2014. Having been placed in the Irish Grand National last season, this extended three-mile trip ought to be well within his scope, and connections will be hoping for bog like conditions in order to see him at his very best.