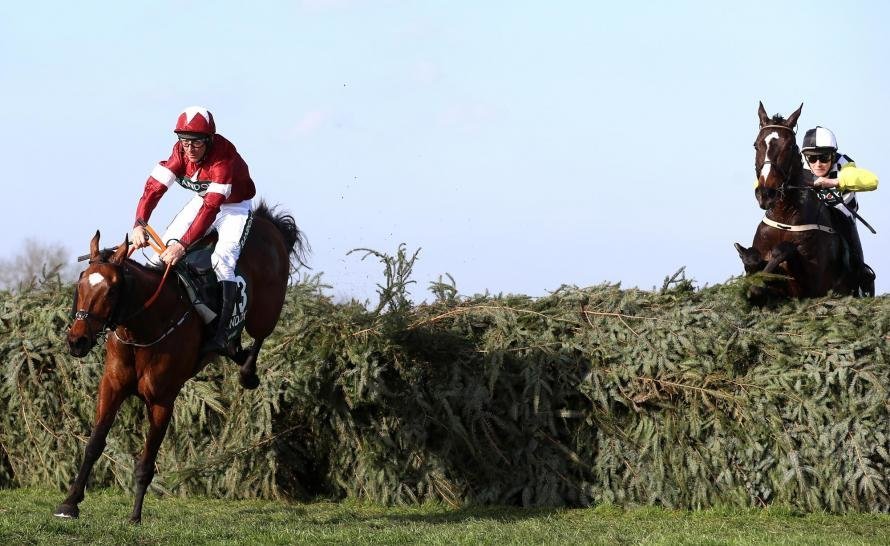 Tiger Roll back in action at Navan

An exciting day's National Hunt action from Navan in store with a very special guest...

1. Jungle Junction fancied to get off the mark for Jessica.

After the loss of Exeter and Market Rasen it's Navan races which is left to fly the jump racing flag this winter Sunday. The County Meath venue kick off their eight race offering with division one of a big field maiden hurdle at 13.20, a race in which Jessica Harrington's Jungle Junction appears an obvious contender to get off the mark. By Elusive Pimpernel, the five year old showed up well in bumpers, finishing second in two races at Punchestown as well as one at Navan. He was then gambled on, 20/1 into 7/1, when finishing second on his first try over timber to a runaway winner at Leopardstown at Christmas time. It was a performance which hinted at plenty more to come, albeit at a time when his stable have been quiet by their high standards, without a winner for just over three weeks.

2. All eyes on Tiger Roll in the Boyne Hurdle.

Star performer! The 13.50 Navan marks the return of National Hunt hero Tiger Roll, as the astonishing two time Grand National winner makes his seasonal return in the Grade 2 Boyne Hurdle, a race he won by four lengths as a 25/1 shot 12 months ago, albeit at a time when he had race fitness in the bank. The winner of 12 of his 35 starts overall, the 10 year old superstar has not only twice triumphed in the Aintree showpiece, but also boasts Cheltenham Festival victories in the Triumph Hurdle, National Hunt Chase and Cross Country Chase on his remarkable CV, one which shows career earnings in excess of £1.3m! The likes of Kilfenora, Magic Of Light and Penhill are likely to give him plenty to do today, but whatever the outcome it's great to see him back.

Entered in all three novice hurdles at next month's Cheltenham Festival, the Willie Mullins-trained Francin caught the eye when running a cracker when third in maiden company at Leopardstown at Christmas time, finishing second behind Cobbler's Way, with that rival going on to be second in Grade 1 company earlier this month. Francin is out to open his account in the 14.20 Navan.

4. Meade's Minella Fair the one to watch in the Ten Up.

Race of the day! The 16.00 Navan is the Grade 2 Ten Up Novice Chase, a classy contest which has produced some serious talent down the years. Today's race, set to be run on ground given as Soft to Heavy, looks a solid target for the Noel Meade-trained Minella Fair, a lightly raced nine year old who thrives on deep ground and ran well at this track in a pair of bumpers way back in 2016. He's top rated on a figure of 139 and ran a stormer when third against vastly more experienced horses in last month's Thyestes Chase at Gowran Park.