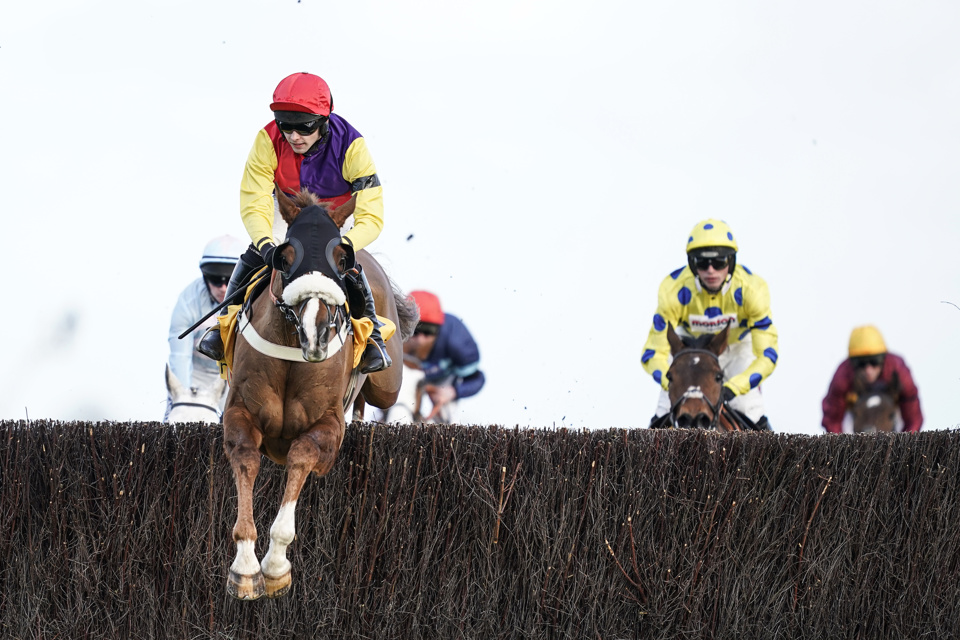 Joe Tizzard has expressed his desire once again to run Native River in the Randox Health Grand National at Aintree on April 4, after the former Cheltenham Gold Cup winner was handed an attractive weight by the handicapper at yesterday's Grand National weights lunch in Liverpool...

Former top class National Hunt jockey Tizzard, who works as assistant trainer to his father Colin, watched Native River breeze to a comfortable success in the Denman Chase at Newbury last weekend, and the ten-year-old was instantly slashed in the betting for the 2020 Magners Cheltenham Gold Cup.

As short as 10/1 for the coveted Cheltenham Festival blue riband event, Native River will look to regain the crown he won in superb fashion in 2018, but while the Gold Cup is the next port of call for the former Welsh Grand National winner, Tizzard was quick to show his excitement at the thought of unleashing Native River in the Grand National - particularly now he's been confirmed to be carrying 11st 6lb, 4lb less than the dual National winner Tiger Roll.

Tizzard said: "We have not tried to hide the fact that myself and dad are keen to run Native River in the Grand National. But it is not just down to us and we have to have 100 per cent support from Garth Broom and Brocade Racing, who are coming around to the idea.

"To be honest, it is all about the Gold Cup with him. With the blinkers back on this season, he has looked very good and he deserves to take his chance in the Gold Cup again, and then we will take stock after that, added Tizzard.

With just over three weeks between the Gold Cup and the Grand National, time could be a significant issue for getting Native River back up to full fitness, but Tizzard continued to show his will of unleashing Native River in the Merseyside marathon at the start of April.

"If he was mine right now, I would perhaps skip Cheltenham and go straight to Aintree, but fair play to the owners, they own the horse and he has every right to line up in the Gold Cup. He is an old-fashioned horse and old fashion rules say that the Cheltenham Gold Cup is a good prep for the Grand National." concluded Tizzard.

Another Welsh Grand National winner the Tizzard team could unleash is Elegant Escape, who was last seen finishing sixth in a bid to retain his Welsh National crown at Chepstow at the end of December. Tizzard said: ""Elegant Escape (11st 2lb) has been placed in two Ladbrokes Trophys and has won a Welsh National. He probably hasn't got the class for a Gold Cup, so he will probably run at Haydock this weekend, skip Cheltenham, and then roll up at Aintree. If he got into a good rhythm, he stays really well. I actually think his Welsh National run this year was not his true running as he faded from four out."

Champion trainer Paul Nicholls also spoke after the Grand National Weights were announced, and the Dicheat handler - who won the race in 2012 with Neptune Collonges - has pinpointed Give Me A Copper as one of his best chances of bagging National glory once again.

Nicholls said: "I have six entered and I would imagine we will run three of four if they all get there. It is just nice to have some nice entries - Yala Enki and Give Me A Copper are probably the best two."

"Give Me A Copper goes well fresh. He won the Badger Ales Trophy at Wincanton earlier in the season. He will probably go straight to Aintree, and 10st 1lb looks a lovely racing weight," added Nicholls.