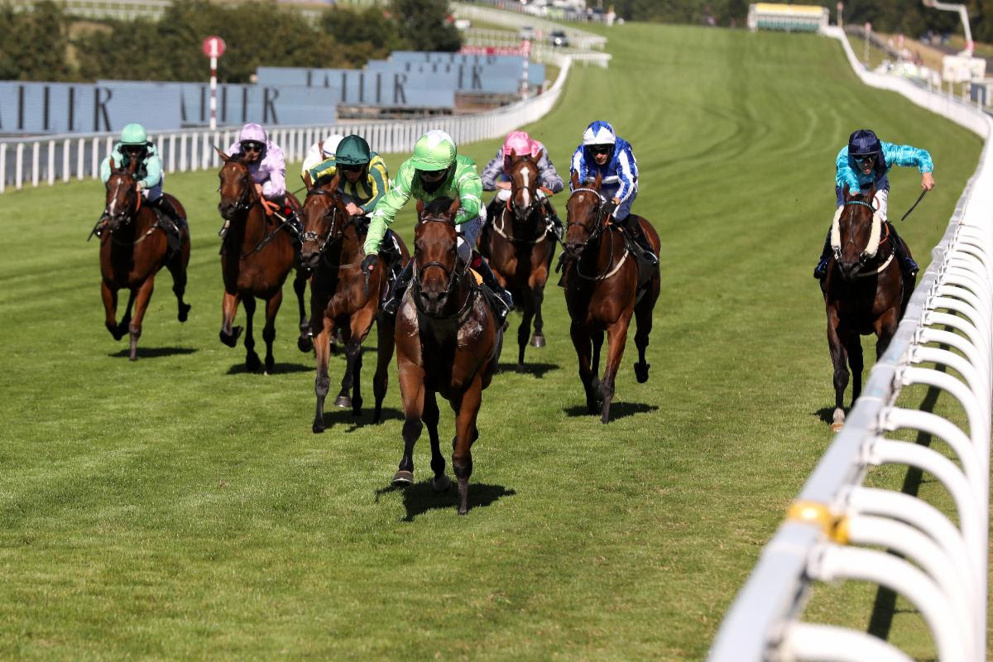 Saturday's card is headlined by the hugely competitive Stewards' Cup.

Nick Seddon runs through the card on Day Five of Glorious Goodwood, which is headlined by the notoriously tricky Stewards' Cup...

We kick off the fifth and final day of the Goodwood Festival with a consolation race for the Stewards' Cup. As you'd expect, plenty arrive here with chances, though it's difficult to ignore the claims of Rewaayat. He's taken a while to live up to his potential, but has really clicked into place so far this season, winning back-to-back contests at Lingfield and Salisbury. The latest of those wins was an absolute rout, and there's every reason to think that he'll be able to defy a 12 lb rise and go in again here - with scope for plenty of improvement yet.

Admittedly, he's well found in the market as a 7/2 favourite, so it may also be worth siding with The Lamplighter each-way at a double figure price. He's got some solid form over course and distance under his belt, winning here in August and finishing second here last month. He ran well to finish second at Newmarket last time, and bearing in mind that this test should suit, he's fancied to hit the frame from a decent draw in stall eight. Meanwhile, Tommy G has a fine record in this race, winning in 2018 and placing in both 2017 and 2019, and isn't passed over lightly from an excellent draw.

The second race on the card is a handicap for the stayers, and this is a pretty open-looking 10-runner affair. Laafy has looked an improved model in two starts since a gelded operation, winning at Newbury and finishing second at Haydock last time, and he's respected on a career high mark, while Calling The Wind is another in-form type who can't be ruled out up in the weights. However, it could be worth chancing King's Advice to make a sudden revival. He racked up a remarkable tally of eight wins in nine starts when winning this last year, and although he's rather failed to back that up since, he's been handed some tough assignments. and is able to take his chance off 4 lb lower than when winning this last year. Supporting him is very much a leap of faith considering he's been nowhere near the last twice, but Mark Johnston runners don't tend to stay in a rut for long, and he clearly appreciates this course and distance.

It's difficult to look past Enbihaar, who was a taking winner of this 12 months ago, five lengths clear of the re-opposing Manuela de Vega. The latter has started the season in fine form, winning her last two starts - including the Group 2 Lancashire Oaks at Haydock last time out - but Enbihaar is hardly out of form, and she shaped well when fourth on return in the Tattersalls Stakes at Newmarket in July. She'll strip fitter for that, and she can prove too classy in receipt of 3 lb from her main market rival.

A typically wide-open renewal of the Stewards' Cup, and you can make some sort of a case for each of the 28-strong field. Three of the last five winners have been drawn very low indeed, meaning there's a lot to recommend the market principals Meraas, Gulliver and Kimifive - with the first-named winning the Scottish equivalent of this two weeks ago. The current favourite is the upwardly-mobile Nahaarr, who landed a gamble when returning to winning ways in good style off a mark of 94 at Newbury last time (Watan second). He will need some luck in-running from stall 19, but he will have a favourite’s chance - while Watan can't be ruled out either.

Each of Hey Jonesy, Chairmanoftheboard and Lexington Dash command respect, but it could be worth playing Swindler and Aljady each-way against the field. Swindler is pretty lightly-raced, but has some useful form under his belt, and this improving type should be right on the premises with a strong pace to aim at. Meanwhile, Aljady has lit up since joining Robert Cowell, sealing a game all-the-way win at Windsor last time, and he's more than worthy of his chance with this fast track sure to suit.

The fifth race is another handicap, this time over seven furlongs, and Society Lion looks the way to go. He was successful at Yarmouth towards the end of last year, and has built on that with two good efforts in defeat at Newbury and Doncaster so far this term. He was unlucky to not get his nose in front last time out, being beaten by just a neck, and he looks to be on a good mark up 5 lb here - with more to come from him yet. Mister Snowdon struggled in last month's Jersey Stakes, but ran well dropped in grade at Yarmouth last time and heads the dangers under a 3 lb rise.

There's very little form to work with in our penultimate contest, and four of the 11 runners are making their respective debuts. Titian showed plenty of ability when fourth on debut over this trip at Newmarket in July and is respected here with that run now under his belt, while Tasfeeq is the most interesting of the newcomers in powerful colours. Longlai is entitled to build on his effort to finish second on debut at Doncaster last month, but it could be worth siding with the twice-raced Golden Flame. He's the most experienced runner in the field for the Mark Johnston team, and wasn't beaten far when fourth in last month's Chesham Stakes. That form is proving strong, with the second winning since and the winner striking here earlier in the week, and bearing in mind he has an attractive entry in next month's National Stakes, and that he's been given time to freshen up, he's fancied to prove too streetwise for this field.

We close a pulsating week of racing with an apprentice handicap over a mile and a furlong. This is a tricky 17-runner puzzle to solve, and several arrive here with something to prove, including the veterans Dolphin Vista, Comin' Through and Anythingtoday. Meanwhile, Streak Lightning and Hats Off To Larry both arrive here in excellent heart and are respected, but this can go the way of the top weight Muraad.

He's got a solid profile, and has produced excellent efforts for this level to place at Sandown and York the last twice. He's still pretty lightly-raced for his age, and with the extra furlong or so likely to suit, he's fancied to defy a career high mark and take this - with the booking of Cieren Fallon a huge bonus in this type of event.