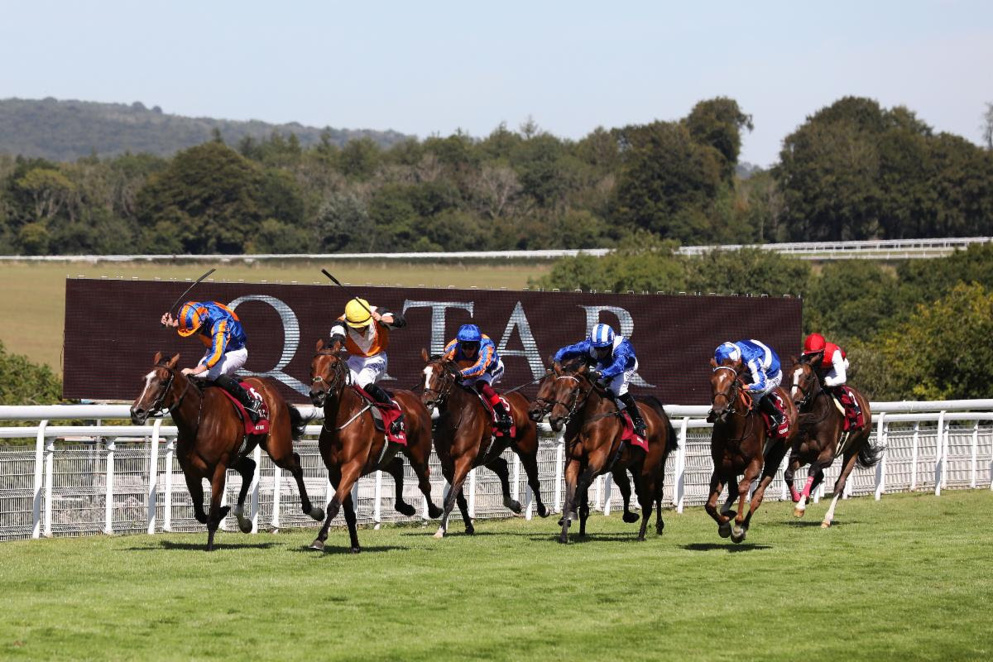 After hitting the bar on Wednesday, I got my first winner of the week yesterday courtesy of Qaader (advised at 10/1). Mark Johnston’s three-year-old improved for the step up in trip and won comfortably.

There are five bets for the fourth day of the Qatar Goodwood Festival.

PLATFORM NINETEEN (1 point win bet at 8/1) returned from a mammoth 648 day absence to win by a commanding 5.5-lengths at Beverley 17 days ago. Having won four of his last five races before the lay-off, his return to action confirmed his ability and he should have come on for the run. Strong over two miles, he has shaped on numerous occasions as though this step up in trip will suit, and he will appreciate the ease underfoot. Clifford Lee knows the horse well and there is more improvement to come.

MARGARET DUMONT (0.5 point win bet at 40/1) is another that could improve for the step up to 2m4½f. She has to prove her effectiveness on turf but was keeping on nicely at the end of two miles at Wolverhampton and Newcastle last month. There is plenty of stamina in her pedigree and she can be forgiven her run at Newbury last time out as the ground was reportedly too quick for her. Hugo Palmer has his horses in fine form (32% strike-rate in the past fortnight), and Jim Crowley gets back on board.

I fancied PATH OF THUNDER (NAP – 1 point win bet at 3/1) for the Royal Hunt Cup at Ascot last month but he just missed out as first reserve. Charlie Appleby’s lightly raced four-year-old has run twice since that intended engagement at the Royal meeting. Second at Chelmsford when sent off at odds on, he then easily disposed of 13 rivals at Newmarket 22 days ago. Everything looks to be in his favour today, especially the draw in stall three, and William Buick gets back on board. The 3lb rise for his Newmarket win looks very fair and he gets in to this off just 9-0, which is 10lb better off than the top weight Qaysar. The shortlist is completed by Magical Morning, Johan and Rhoscolyn.

Having won this race in each of the last four years, Battaash holds obvious claims and should go well again. However, he could be vulnerable to the classy three-year-old DRAGON SYMBOL (1 point win bet at 3/1), who will receive 4lbs from the favourite. Archie Watson’s star sprinter was unlucky not to have gone to the July Cup defending an unbeaten record following agonising defeats at Haydock (beaten by a nose) and Ascot (first past the post but then placed second). Second to Starman at Newmarket, he lost nothing in defeat and now drops back to the minimum trip. He was a convincing winner on his only previous try over five furlongs, albeit in a lower class of race. It will mean a lot to Oisin Murphy to register a big win aboard this horse after losing the Group 1 Commonwealth Cup in the Stewards’ Room.

At a bigger price, I am also giving another chance to SUESA (0.5 point win bet at 10/1), who was unbeaten prior to her recent defeat at Ascot. She is a dual Group 3 winner already this season by a combined distance of over six-lengths, and with wins on heavy, good to soft and soft, she should relish conditions at Goodwood. The drop down to five furlongs should suit.