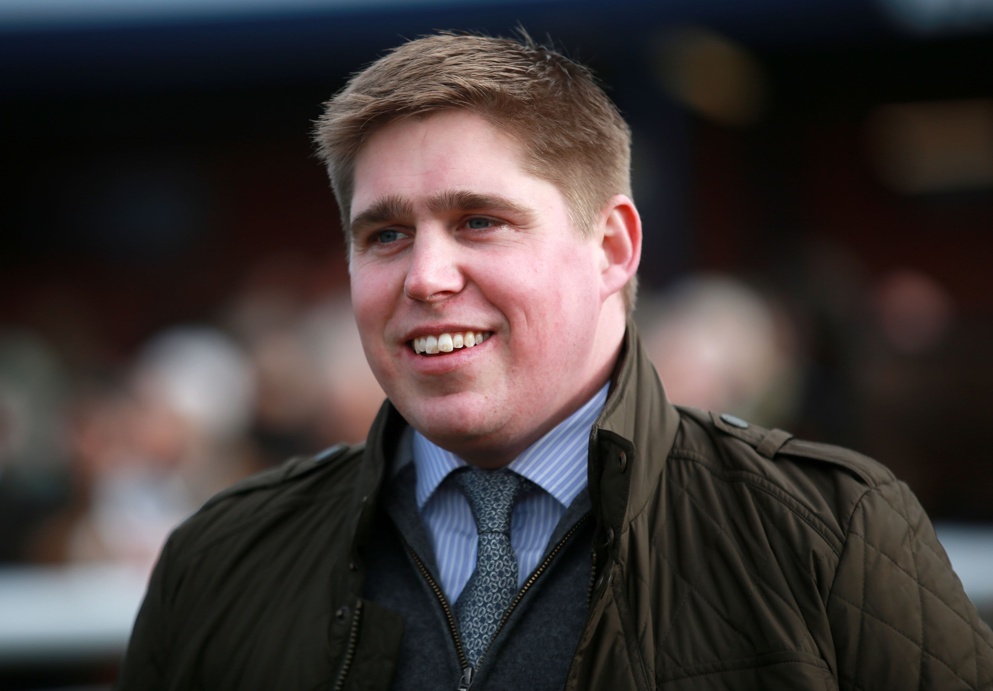 Dan Skelton is tipped to land the Charlie Hall Chase at Wetherby.

There are four bets for today’s excellent racing at Ascot and Wetherby.

I’m hoping that it will be a really good day for David Bass and Kim Bailey, kicking off with their progressive hurdler AJERO (NAP – 1 point win bet at 9/1). Second on his seasonal reappearance, he went on to win four consecutive races by a combined distance of over 18-lengths. He proved himself to be effective on a variety of different ground types and was compared to Charbel by Bass after winning at Huntingdon in fine style. He ended the season with a heavy defeat in Grade 1 company at Aintree but looks set for an exciting second season of hurdling. Soaring Glory, the only ride of the day for Tom Scudamore, can chase home the selection.

After winning a bumper and two novice hurdles, ONE FOR ROSIE (1 point win bet at 6/1) successfully stepped up in grade to be placed in Grade 3 and Grade 1 contests before disappointing on his final start over timber. He then left Nigel Twiston-Davies to join Kim Bailey but wasn’t seen on a racecourse for 418 days. It was worth the wait for connections as he ran out an impressive 20-length winner on his chasing debut and followed that up with another victory at Carlisle. He therefore comes here unbeaten over fences and although he carries top weight, he is considered a very smart prospect. His jumping looks to be a real asset and every drop of rain that falls at Ascot this morning will be in his favour. Sully D’Oc AA and Editeur Du Gite both showed some very useful form last season and are feared most.

Given that he is unbeaten in three previous visits to Ascot – including a win in this race two years ago – it is no surprise to see that VINNDICATION (1 point win bet at 10/3) lines up here instead of in the Charlie Hall Chase at Wetherby. Connections opted for Wetherby last season and their lightly-raced chaser finished an excellent second to Cyrname but then failed to land a blow in three subsequent starts, two of which were in the Grade 1 staying hurdles at Cheltenham and Aintree. This won’t be easy given that he will have to defy top weight, but he goes incredibly well fresh (form figures of 112 when returning from a break of 200 days or more) and has regular jockey David Bass on board. Sojourn is a strong stayer and looks set for a good season. He should go well and will be one to follow going forward. The consistent Bennys King is next on the list.

Despite his impressive win in the race last year, I am more than happy to take on Cyrname given his short price and the need for him to bounce back from a couple of disappointing efforts at Kempton and Ascot when last seen. Regular followers will know how much I like Mighty Thunder and I’ll be following his progress all the way to his main aim of the Grand National. He won’t disgrace himself at a huge price but is likely to need this run and will find the three-mile trip on the sharp side. My selection is the Dan Skelton-trained SHAN BLUE (1 point win bet at 11/4), who had an exciting novice campaign in 2020/21 and can now step up to tackle more experienced rivals. Second to Shishkin over hurdles and then sixth in the Ballymore Novices’ Hurdle at the Cheltenham Festival (won by Envoi Allen), he then won his first two novice chases by a combined distance of 30 lengths. He followed that up with an impressive Grade 1 victory at Kempton before ending the season with two Grade 1 seconds and a rare disappointing run in the Marsh Novices’ Chase. This has reportedly been his aim for a while and according to Skelton, he has done a lot of work at home. Today’s race conditions should be ideal and he is an exciting prospect. The shortlist is completed by another classy chaser stepping out of novice company, Fusil Raffles. He has the advantage of race fitness after a very pleasing reappearance run behind Bravemansgame three weeks ago.

Fell
2/1
Today's Horse Racing Naps
ITV Racing Tips: Most tipped selections for the Irish 1000 Guineas and action from the Sunday Series at York
By Russell Palmer