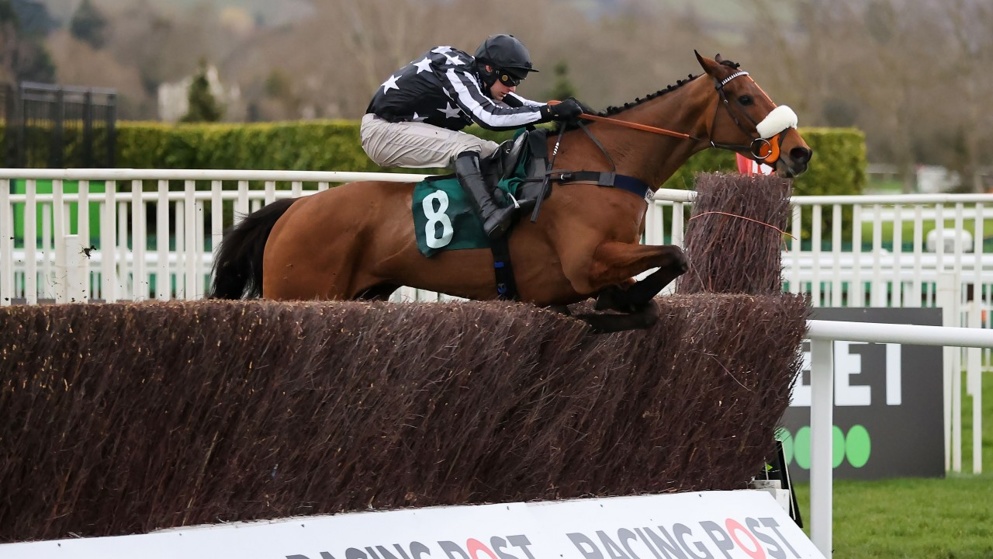 There are four bets for today’s racing at Aintree and Chepstow.

Venetia Williams continues to have her runners in good form and can land another winner courtesy of her seven-year-old mare PINK LEGEND (NAP - 1 point win bet at 5/1), who enjoyed a decent 20/21 season. Although most of her races were against her own sex, she beat the talented Stolen Silver on her seasonal reappearance last November and ended the season with a Listed victory at Cheltenham. She then made a fine seasonal reappearance to score by three-lengths at Ascot 15 days ago despite ground conditions being a little faster than ideal. That also came on a right-handed track and there is a general feeling that she is better suited by going left-handed. Today’s race conditions therefore look ideal and she is taken to enhance her 3-3-9 record over fences. Regular jockey Charlie Deutsch knows the horse well and takes the ride again.

There is an excellent field for this Grade 2 contest with old favourites like Native River and Tiger Roll lining up alongside the exciting Protektorat. However, I am giving another chance to IMPERIAL AURA (1 point win bet at 10/3), who has to bounce back from a fall in the Betfair Chase. Kim Bailey’s progressive chaser followed up his 2020 Cheltenham Festival victory by winning his first two starts of last season in good style. Things didn’t work out for him in his next two starts as he unseated in a Kempton Grade 2 before being pulled up in the Ryanair Chase. He was going well when he came down at Haydock two weeks ago and has reportedly schooled very well since. This is a horse with plenty of ability and there is a general feeling that there is more to come and big races to be won.

MIGHTY THUNDER (1 point win bet at 11/1) was a 25/1 winner for me at Musselburgh in February, a result I celebrated to the extent that my neighbours felt the need to check everything was ok! That joy turned to sheer despair when he got collared late on in the Midlands Grand National next time out. I’d backed him at 18/1 that day and he looked the likely winner for most of the race. Having jumped the last in front, he still looked like he was going to secure victory until deep inside the final furlong. I was therefore delighted when he won the Scottish Grand National and he is now being aimed at Aintree’s big race in the spring.

Lucinda Russell’s progressive chaser is a sound jumper and possesses bundles of stamina. His overall record over fences is now four wins and a second from just seven starts, and he remains open to plenty more improvement. There is no reason why he won’t take to the National fences and he should be much sharper for his reappearance run at Wetherby, where everything happened too quickly.

ECLAIR SURF (1 point win bet at 9/1) was purchased for £140,000 after winning an Irish Point to Point race by approximately 30-lengths in 2019. He made a winning stable/hurdles debut for Emma Lavelle and was then sent straight to the Grade 1 Challow Novices’ Hurdle at Newbury for his next start. It didn’t work out that day and he fell at the last when weakening out of contention. Another defeat over hurdles followed and it was no surprise to see him start a novice chase campaign this time last year. Sent off as favourite for three of his five starts over the larger obstacles, he won twice including a really impressive success at Sandown in February. He looks set for a good second season over fences and is taken to bounce back from a fall on his seasonal reappearance at Bangor three weeks ago. He was going well when he came down and is likely to have been right there at the finish. Three miles on ground with some ease in it looks to be ideal, and he has long been considered a Welsh Grand National type horse.