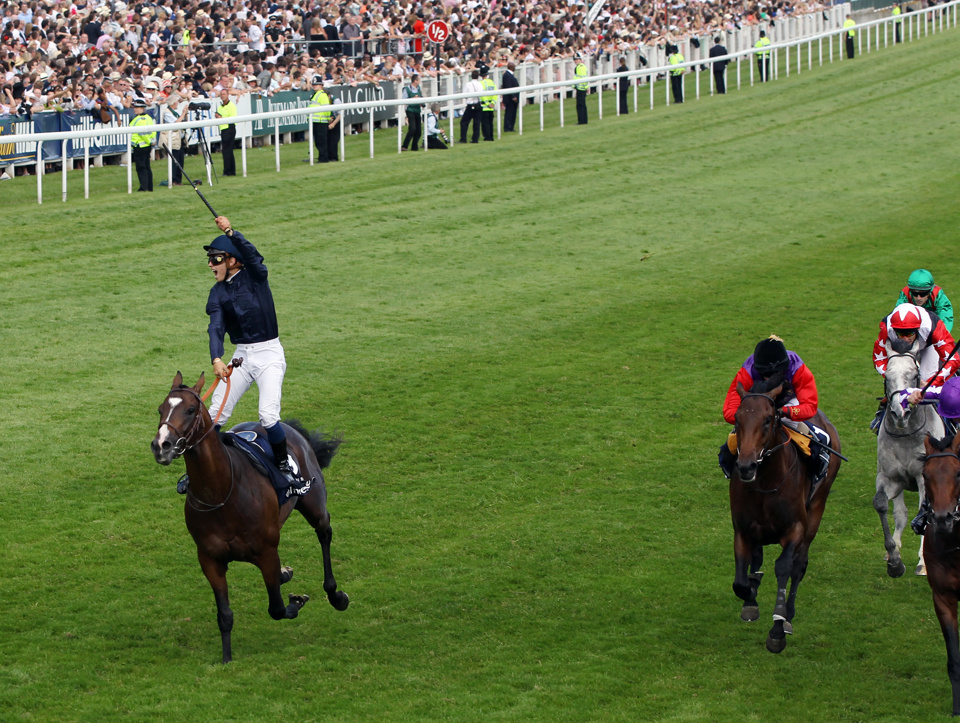 There are five bets for today’s racing at Epsom, including one in the Group 1 Cazoo Derby at 16:30.

The lightly-raced four-year-old PARENT’S PRAYER (1 point win bet at 9/2) continues to improve and looks more than capable of winning at this level. Twice placed already in Group 3 company, this Listed winner has gone close in both starts this season. A little outpaced over seven furlongs at Lingfield last time out, the step back up to a mile should suit and Champion Jockey Oisin Murphy takes over in the saddle. He has been in fine form of late and has a good strike-rate when teaming up with Archie Watson. The returning Nazuna is feared most.

With a host of seemingly exposed runners in the line up, a chance is taken on two of the younger contenders, both of whom remain open to further improvement.

EXALTED ANGEL (1 point win bet at 25/1) has some smart All-Weather form and was a Listed winner at Lingfield last season. His three runs this year have all been over six furlongs with one in Group 3 company and the other two in conditions races. His last five starts in five-furlong sprint handicaps have produced form figures of 11223, so today’s conditions look ideal. A line can be drawn through his run at Haydock last time out as it came on his first try on very testing ground. His Abernant Stakes run was very respectable and he was just a head behind Summerghand on his seasonal reappearance.

MONDAMMEJ (0.5 point win bet at 14/1) is another that had been running well on the All-Weather but he also has some decent form on turf having won a Class 2 Pontefract sprint in decisive fashion. He was just five-lengths behind the impressive Pendleton at York last time out and drying ground will suit him.

Bolshoi Ballet is clearly held in very high regard and it’d be no surprise to see Aidan O’Brien win another Derby. However, slight preference is for the unbeaten HURRICANE LANE (1 point win bet at 6/1), who won the Group 2 Dante Stakes at York last time out. Historically, that is one of the best trials for this race and he hit the line strongly to give the impression that 1m4f will be well within his capabilities. A 200,000gns yearling, this son of Frankel is an exciting prospect, will have no problem with the ground and has William Buick in the saddle again. Mac Swiney completes the shortlist.

ATALANTA’S BOY (NAP – 1 point win bet at 6/1) is lightly-raced for a six-year-old sprinter having made just 16 career starts. He has won six of them including a fourth success at Goodwood last time out. The latest of those came in the style of a horse at the top of his game, and the Stewards’ Cup back there in August is his big target.

It looks likely that he can reach a rating of 100+ by the end of the season, so David Menuisier’s son of Paco Boy should still be very competitive off his current handicap mark of 95, especially given that regular jockey Thomas Greatrex can still claim 3lbs.

His seasonal reappearance should have put him spot on for this and he goes on any ground. Stall 6 looks ideal and if he breaks smartly, he could take some catching.

#AD 18+. Play Safe. New customers using Promo code H30 only, Min £10/€10 stake,  min odds 1/2, free bets paid as 2 x £15/€15, free bets credited after  settlement of first qualifying bet, free bets will expire 30 days after  the qualifying bet is placed, payment method/player/country restrictions apply.
get offer
Welcome Offer
#AD Bet £10 & Get £50 in Free Bets for new customers at bet365. Min deposit requirement. Free Bets are paid as Bet Credits and are available for use upon settlement of bets to value of qualifying deposit. Min odds, bet and payment method exclusions apply. Returns exclude Bet Credits stake. Time limits and T&Cs apply.
Bet £20 & Get It Back As CASH If It Loses
#AD New customers only. Place your FIRST bet on any Horse Racing market and if it loses we will refund your stake in CASH. Max refund for this offer is £20. Only deposits made using cards will qualify for this promotion. T&Cs apply.
Bet £10 Get £60 in Bonuses
#AD New UK customers only. Register using the promo code BETFRED60, deposit and place first bet of £10+ on Sports (cumulative Evens+) within 7 days of registration. First bet must be on Sports. £20 in Free Bets to be used on Sports, £10 in Free Bets to be used on Lotto and 50 Free Spins (20p per spin) credited within 48 hours of bet settlement. Further £20 in Free Bets credited 5 days after settlement. Bonuses have a 7-day expiry. Payment restrictions apply. SMS verification and/or Proof of I.D and address may be required. Full T&Cs apply.
Money Back As Cash Up To £20
#AD Max £20 refund on first bet. Bet must be placed in first 7 days of account opening. Only deposits made via Debit Card will be eligible for the promotion. T&Cs apply. 18+ begambleaware.org
Deposit £10 Get £30 Free Bets (APP Only)
#AD New UK, IE & Malta users only. Min. £10/€10 first deposit only using Debit Card or Trustly. Free bets expire in 90 days. T&Cs apply.
Bet £10 Get £20 In Free Bets
#AD Min stake £10. Min odds 1/2 (1.5). First bet only. Free bets expire in 7 days. Cashed out bets won’t apply. Payment method restrictions. Online UK customers only. 30 days to qualify for £20 in Free Bets. 18+. T&Cs apply
Bet £10 Get £30 Free Bets + £10 Casino Bonus
#AD Minimum deposit of £10 using deposit code 30F - A qualifying bet is a ‘real money’ stake of at least £10 placed on any sports market - Minimum odds of 1/2 (1.5) - Free bets credited upon qualifying bet settlement and expire after 7 days - Free bet stakes not included in returns - Casino Bonus must be claimed within 7 days • To withdraw bonus/related wins, wager bonus amount x40 within 14 days • Wagering req. vary by game • Withdrawal restrictions and Full T&C’s apply. 18+ begambleaware.org
Get £36 In Free Bets
#AD Offer includes a free £1 Race Index spread bet to try out our exciting 50-25-10 race markets. Bet with live streaming on all racing and greyhounds! Place a qualifying £25 fixed odds bet at odds of 1/2 or greater. Qualifying bet cannot be placed in-play or cashed out early. A first free £5 fixed odds bet will be credited upon settlement of the qualifying bet. 4 x following £5 free fixed odds bets will be added to your account on consecutive days. BeGambleAware.org. 18+. T&Cs apply
£25 Free Bet + 10 Free Spins
If your account has Sportsbook losses at the end of your first day's betting, QuinnBet will refund 50% of your losses as a Free Bet up to £25 (min 3 bets) Plus 10 Free Spins on Asgard Warriors. Even if your account is up, you're guaranteed a £5 Free Bet Plus 10 Free Spins provided you place at least 1 bet of £10 or greater at the minimum odds. T&Cs apply | 18+ New UK Customers Only | BeGambleAware.org
Latest racing results
York
18:40
Full Result
1stHeredia
11/2
2ndEspressoo
11/4F
3rdDivine Magic
16/1
York
18:05
Full Result
1stEvaluation
15/2
2ndSuper Superjack
3/1F
3rdGeremia
12/1
York
17:35
Full Result
1stAsjad
18/1
2ndZargun
16/1
3rdGulliver
25/1
View All Today's Results