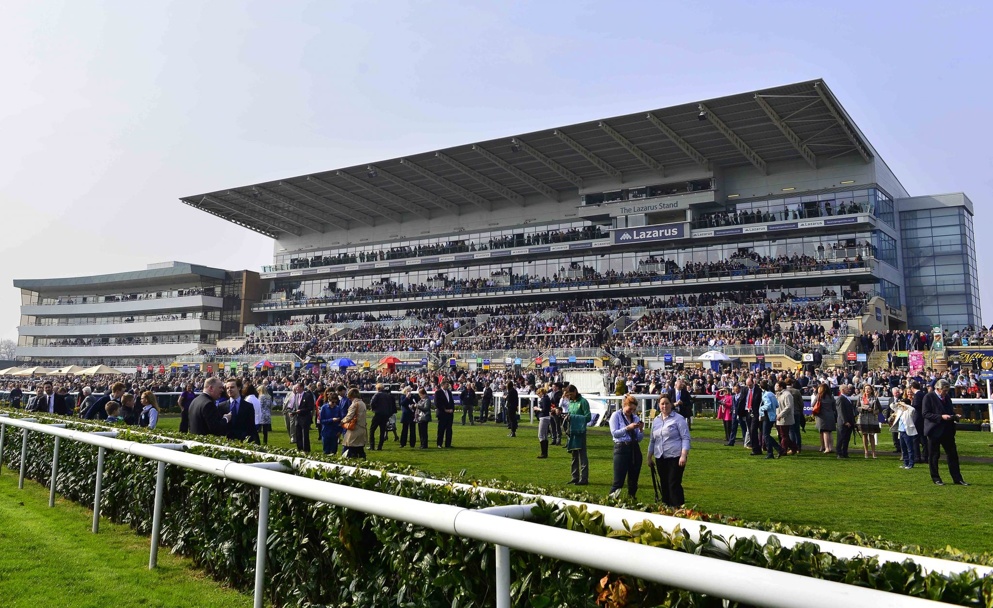 Yesterday’s selection was a non-runner following persistent rain at Pontefract.

I have mixed the views on the new Racing League. Of course, it is brilliant to have a series of midweek races with increased prize money. From a betting point of view, the races seem really competitive and are intriguing puzzles to attempt to solve. Racing also can’t be criticised for trying to be innovative following success stories in other sports, notably cricket.

However, I know that the Racing League concept won’t do anything to engage my friends that don’t like racing. Personally, I have no interest in the team format, especially given the strange nature of the team names. Finally, for newcomers and seasoned racing fans alike, I think that it has the potential to create more confusion in an already complicated narrative. For example, there is the argument about whether the prize money won should contribute towards the Trainers’ Championship with many feeling that would be unfair. It’ll be interesting to see what tweaks are made for the 2022 competition.

There are two bets for today’s racing at Doncaster.

IVATHEENGINE (1 point win bet at 6/1) made a really promising start to his career with four wins and a second from his first five races. The most recent of those wins, a six-furlong handicap on good ground at Newmarket, came off a mark of 89 last summer. He lines up off just 85 today so looks well handicapped if back to his best. He certainly gave that impression at Newcastle last week when going down by just ¾-length. That came on his first start since a wind operation and he can go one better today now that any breathing issues seem to be resolved. Akkeringa, who has won two of his last three starts, is feared most as he drops down in class.

Trainer David Menuisier is having a fine season and can land another winner courtesy of FOXTROT SIZZLER (NAP – 1 point win bet at 9/2). His improving three-year-old comes here off the back of two consecutive wins at Newbury and deservedly steps up in class today. Given that he has only won by short distances, the handicapper hasn’t been able to raise him too much and he remains open to further improvement. The step up to seven furlongs really suited him last time out and he appears to go on any ground. Josephine Gordon, who rode two winners at Carlisle earlier in the week, takes the ride for the first time.

#AD New bettors only; Valid from 14/07/2022 09:00 GMT to 14/08/2022 23:59 GMT; Deposit (no Skrill/Neteller) and place your FIRST bet on any UK/IRE horse racing market at odds of 4/5 on singles or 2/5 per leg for acca; If your bet loses, get your stake back as a free bet of up to £20; Free bet valid for 7 days; Bet types restrictions; Terms apply; 18+ begambleaware.org
get offer
Bet £10 Get £30 In Free Bets
#AD 18+. Play Safe. New customers using Promo code H30 only, Min £10/€10 stake,  min odds 1/2, free bets paid as 2 x £15/€15, free bets credited after  settlement of first qualifying bet, free bets will expire 30 days after  the qualifying bet is placed, payment method/player/country restrictions apply.
Bet £10 Get £30 Free Bets (APP Only)
#AD New UK, IE & Malta customers only. 18+. Min £10/€10 first deposit using Debit Card or Trustly. Place a bet of £10 at min odds of 1.5. Free bets expire in 90 days. Full T&Cs apply.
Welcome Offer
#AD Bet £10 & Get £50 in Free Bets for new customers at bet365. Min deposit requirement. Free Bets are paid as Bet Credits and are available for use upon settlement of bets to value of qualifying deposit. Min odds, bet and payment method exclusions apply. Returns exclude Bet Credits stake. Time limits and T&Cs apply.
Bet £10 Get £60 in Bonuses
#AD New UK customers only. Register using the promo code BETFRED60, deposit and place first bet of £10+ on Sports (cumulative Evens+) within 7 days of registration. First bet must be on Sports. £20 in Free Bets to be used on Sports, £10 in Free Bets to be used on Lotto and 50 Free Spins (20p per spin) credited within 48 hours of bet settlement. Further £20 in Free Bets credited 5 days after settlement. Bonuses have a 7-day expiry. Payment restrictions apply. SMS verification and/or Proof of I.D and address may be required. Full T&Cs apply.
Bet £20 & Get It Back As CASH If It Loses
#AD New customers only. Place your FIRST bet on any Horse Racing market and if it loses we will refund your stake in CASH. Max refund for this offer is £20. Only deposits made using cards will qualify for this promotion. T&Cs apply.
Money Back As Cash Up To £20
#AD Max £20 refund on first bet. Bet must be placed in first 7 days of account opening. Only deposits made via Debit Card will be eligible for the promotion. T&Cs apply. 18+ begambleaware.org
Bet £10 Get £30 Free Bets + £10 Casino Bonus
#AD Minimum deposit of £10 using deposit code 30F - A qualifying bet is a ‘real money’ stake of at least £10 placed on any sports market - Minimum odds of 1/2 (1.5) - Free bets credited upon qualifying bet settlement and expire after 7 days - Free bet stakes not included in returns - Casino Bonus must be claimed within 7 days • To withdraw bonus/related wins, wager bonus amount x40 within 14 days • Wagering req. vary by game • Withdrawal restrictions and Full T&C’s apply. 18+ begambleaware.org
£41 In Bonuses
#AD Place a £25 fixed odds bet at minimum odds of 1/2. Get 5 x £5 free fixed odds bets + 2 x £5 free Winning Favs spread bets + 50 spins on Starburst + a £1 Race Index spread bet. Free bets and spins must be claimed within 28 days of opening. Free bet/spin stake not included in any winnings. Ts&Cs Apply. 18+ begambleaware.org
Bet £10 Get £20 In Free Bets
#AD Min stake £10. Min odds 1/2 (1.5). First bet only. Free bets expire in 7 days. Cashed out bets won’t apply. Payment method restrictions. Online UK customers only. 30 days to qualify for £20 in Free Bets. 18+. T&Cs apply
£25 Free Bet + 10 Free Spins
If your account has Sportsbook losses at the end of your first day's betting, QuinnBet will refund 50% of your losses as a Free Bet up to £25 (min 3 bets) Plus 10 Free Spins on Asgard Warriors. Even if your account is up, you're guaranteed a £5 Free Bet Plus 10 Free Spins provided you place at least 1 bet of £10 or greater at the minimum odds. T&Cs apply | 18+ New UK Customers Only | BeGambleAware.org
Latest racing results
Kempton
17:40
Full Result
1stBehind The Scenes
22/1
2ndQuantum Light
11/4
3rdCell Sa Beela
9/4F
Ffos Las
17:30
Full Result
1stDisdainful
5/1
2ndCaernarfon
9/1
3rdSaxon Scene
6/4F
Gowran Park
17:20
Full Result
1stParis Peacock
7/1
2ndDidn'thavemuchtodo
9/2
3rdShow Of Stars
9/1
View All Today's Results